Benton is a 16-year journalist and member of the Pro Football Writers of America. In addition to his work at LBS, he serves as the editor of Giants Wire for USA Today SMG. Benton has also worked for MSG, SNY, AOL Sports, and was the founder of Giants 101. 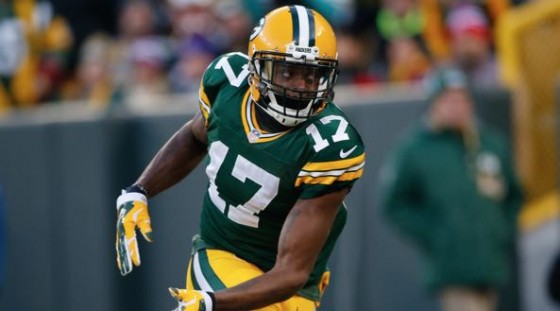 James Worthy with another soliloquy. Hit the dagger once again. https://t.co/9qyJK28VvH pic.twitter.com/GanrMru1OQ

“I just want to go home, man. There’s really not a lot to talk about. I mean, They were 15-for-44 from behind the arc from three. AD was 0-for-5. LeBron was 2-of-13 and that’s all they shot down the stretch was threes,” Worthy said during the Lakers postgame show. “If that’s all we’re gonna do is stand around and shoot threes, we’ve got to do more than that. That is not team basketball.”

It’s not as if the Lakers didn’t have chances. They did. Unlike the Kings however, they unraveled as each opportunity presented itself. That’s become a theme for Los Angeles here in 2021.

In overtime, the Lakers sank just one three-pointer and went 11-of-14 from two-point range. Had they continued to keep the game in the paint, perhaps the outcome would have been different. Instead, they continued to launch shots from beyond the arc despite dwindling percentages.

“I watch the game, and as soon as they get a lead, they start smiling and having all these antics not realizing the other team is watching you. And that’s fueling their fire,” Horry said, via YardBarker. “If you wanna be a championship team, you gotta come up with the grit and the grind, no smiling and just beat someone down. They’ve only won one game this year by 10 points, at Houston, and Houston is the worst team in the NBA.”

Faith in the Lakers is fading. Not just among the fans and pundits, but among their former players and NBA greats as well.

Marcus Stroman would love to return to the New York Mets in 2022, but the team’s new front office doesn’t appear overly interested.

Stroman, a free agent, started 33 games for the Mets this past season, compiling a record of 10-13 with a 3.02 ERA. He was easily their healthiest asset on the mound, but even he can read the writing on the wall.

Stroman told a fan who begged him not to leave the Mets that he had a source who told him the Mets prefer other pitchers.

I would love to be back on the squad next year. I’ve proven that I can pitch in NY…others usually crumble under that New York pressure. However, I know a source who says the front office rather the other pitchers on the market. I’m going to dominate wherever I end up! 🗣🤷🏾‍♂️

Stroman later added that the “source” he referenced was himself.

The source is me. https://t.co/ZGVvuRDV6h

The Mets acquired Stroman from the Toronto Blue Jays in exchange for several prospects at the 2019 trade deadline. He opted out of the shortened 2020 season due to COVID-19 before returning this past year.

With Stroman out there dangling on the open market, the Mets decided to take a different route on Friday. They signed outfielder Starling Marte to a four-year, $78 million deal and added veterans Eduardo Escobar and Mark Canha on two-year deals. 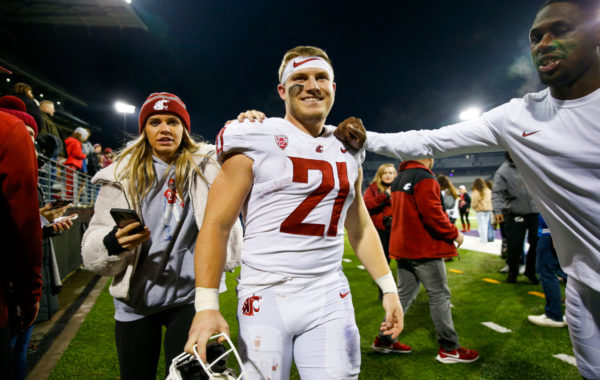 Retired NFL wide receiver and seven-time Pro Bowler Andre Johnson is among 26 semifinalists for the Pro Football Hall of Fame’s class of 2022. It is his first year of eligibility.

Following word of Johnson’s Hall of Fame eligibility, Rosenfels hit Twitter to make his case for Johnson. And to say it was self-deprecating tweet would be an understatement.

He should be in simply based off the fact he helped make me into a decent NFL quarterback. https://t.co/YFpsQnjbRM

Rosenfels, a former fourth-round pick who spent 12 seasons in the NFL, played alongside Johnson from 2006-2008. He saw his most action over those three seasons, completing 65.6% of his passes for 3,380 yards, 24 touchdowns and 23 interceptions.

Johnson had some of his better years over that same span, eclipsing 1,000 yards twice, including 1,500-plus yards in 2008. He also hauled in 21 touchdowns during Rosenfels’ Houston tenure.

Over his entire 14-year career, Johnson recorded 1,062 receptions for 14,185 yards and 70 touchdowns. Those numbers alone warrant the Hall of Fame, but making Rosenfels look legit could also go a long way in the minds of voters.

Wayne Olexa, a 76-year-old Pittsburgh-area man, died “after a long bout with the Pittsburgh Steelers,” according to his family.

Olexa passed away on November 14 — the same day the Steelers and Detroit Lions played to an overtime tie. His family said that was all the life-long fan could handle.

Obituary of a 76-year-old Pittsburgh-area man says he passed away "after a long bout with the Steelers."

“Wayne Olexa was at his home with family when the Steelers went into overtime against the 0-8 Lions and that was all he could take."

“He was at his home with family when the Steelers went into overtime against the 0-8 Lions and that was all he could take,” his obituary read.

Olexa was a high school sports standout and inducted into both the Swissvale High School Hall of Fame and the West Virginia Wesleyan Hall of Fame. He was prolific in three sports — football, basketball and baseball — and even drew an MLB tryout for the Pittsburgh Pirates back in the 1960s.

Olexa is survived by his wife, Jolie, and their three children.

Arizona Cardinals defensive lineman JJ Watt, a Waukesha, Wisconsin native, is stepping up in a big way for the six victims of last Sunday’s deadly Christmas parade attack and their families.

According to local media members, Watt has offered to pay the funeral costs for all six of the victims.

J.J. Watt is covering the funeral costs for everyone that lost their life in the Waukesha Christmas Parade. That is an amazing gesture. He has such a huge heart.

After learning of the heartbreaking and life-changing attack, Watt also tweeted out his sympathies.

Just now seeing what happened at the holiday parade back home in Waukesha tonight.

Truly hoping everyone is going to be ok and those not involved are now safe.

Thankful to everyone who rushed to action and helped the wounded.

In addition to the six who perished in the attack, nearly 50 others suffered injuries.

The alleged perpetrator, Darrell Brooks, has been charged with six counts of first-degree intentional homicide. He is currently being held on $5 million bail.

Watt’s brothers, T.J. and Derek, each of whom play for the Pittsburgh Steelers, also offered their sympathies on social media. With two weeks still remaining on the college football schedule, there have been 12 head coach firings at the FBS level and more are expected to come. But what has spurred on this rapid recycling of coaches? Mississippi State coach Mike Leach believes he has the answer.

During the SEC coaches’ teleconference on Wednesday, Leach, who himself was fired by Texas Tech following the 2009 season, blamed it on trends and mental illness.

“Because people are nuts,” Leach said, via Football Scoop. “First of all, I think things go in trends. General societal mental illness, I think, and I think the other thing that contributes to it, and the same thing has happened with (athletics directors), it’s almost like there’s been a bounty on A.D.s. Then as a result there’s been one on coaches, too.

“I think that, to me, it seems like when people were all stuck at home with COVID (in 2020), they had all this nervous energy, and you saw a bunch of A.D.s and coaches fired that hadn’t coached a game for that season. [Like people said] ‘Well, we’re not doing anything so let’s fire somebody.'”

Leach also believes too many decisions are made in haste. We live in an instant gratification era and that has found its way into the football ranks.

“I don’t think it’s productive,” Leach said. “If you’re a farmer, and you go out and say, ‘I wanna grow corn,’ and it grows six inches, and you say, ‘Well, it didn’t grow fast enough’ so yank up it out of the ground ground … There’s coach after coach in the NFL Hall of Fame that back in the day if they were held to that standard (of immediately winning), they wouldn’t be there.”

In terms of the rapid firings, Leach has a point. Consistency is essential in every aspect of life, but especially within a football program — college, professional or otherwise.

There’s also the issue of communication and the growing lack of interpersonal skills due to technology, Leach says. With everything done digitally, the human element has been lost.

“I think the addiction to machines is part of it. Then instead of people, one communicating with one another, two, making their decisions based on kind of independent thought, I think a lot of times machines and social media do the thinking for people, and I don’t think that’s very healthy,” Leach added.

Leach blaming the firings on mental illness may be hyperbolic, but there is some truth to the perceived demand for instant success. There’s also a level of truth to the degradation of communication. Both have heavily factored into the coaching carousel at multiple levels of the sport.