Some fans sure live in a world of denial.

One fan named “Fred From Alabama” called into “The Paul Finebaum Show” on Thursday. Fred is an Alabama fan and explained why he is not recognizing Georgia’s national championship.

Fred From Alabama has entered the chat…and he's refusing to acknowledge Georgia's victory in the CFP Championship pic.twitter.com/sCulzJLBxX

Fred’s argument is that Georgia beat Alabama on Monday when the Crimson Tide were not at full strength.

Here’s our message to Fred: injuries are and always have been part of the game. Despite their injuries, Alabama led 18-13 in the fourth quarter. They just blew it and let the Bulldogs come back and beat them.

Fred is suffering from a case of sour grapes. 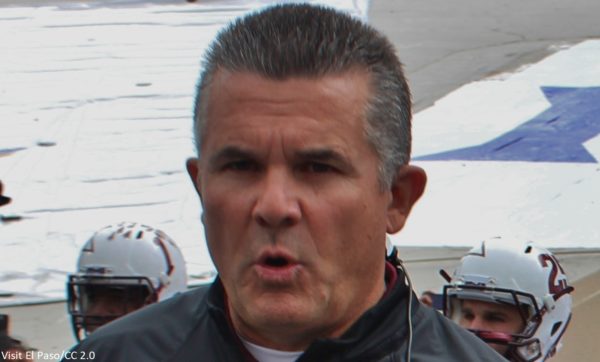 Todd Graham’s reign as the head coach at Hawaii was brief.

The announcement is no surprise given the political pressure the school was facing regarding Graham.

There was a Hawaii state senate meeting last Friday where they addressed all of the players leaving the Hawaii football program as transfers. Multiple aggrieved parties spoke out against Graham during the meeting.

You can read a summary on this Twitter thread:

Lee describes "segregation" between walk-ons and scholarship players…mentions how Chevan (his good friend) would get preferential treatment…would be excluded out of communication with Graham…mentions microaggressions between him and coach.

Matters continued on Wednesday when a state senator called for the removal of the school president, athletic director, and football coach (Graham).

In regards to #HawaiiFB:

Two days later, the senator got his wish as Graham is out.

Graham went 11-11 in two seasons as Hawaii’s coach. This marked his first head coaching job since being fired by Arizona State, where he coached from 2012-2017. Brad Underwood knew that he needed the support of Illinois fans ahead of his team’s game against Michigan on Friday night. He also knew that having them a little boozy might help.

Underwood shared his request for Illini fans on Thursday, a day ahead of their game against the Wolverines. He politely asked the fans to enjoy “happy hour” before heading to the game

#Illini Nation: A PSA from Brad Underwood for the Michigan game:

"If they happen to go out for an early dinner and it happens to include happy hour, 👍" pic.twitter.com/nR1hOpIgS3

Underwood was careful with the way he worded his request, but it doesn’t take much to figure out what he meant.

It’s hard to know whether the fans made the difference, but Illinois won 68-53. They’re now 13-3 and 6-0 in the Big Ten this season. They have also won six games in a row. Maybe the pregame Happy Hours are helping the Illini develop a home-court advantage.

Kevin Durant was fined by the NBA on Friday for using profanity during an interview earlier in the week.

The NBA announced the news and said the Brooklyn Nets star was being fined $15,000.

The press release stated the fine was “for using profane language during a media interview and failing to comply with an NBA Security interview as part of the review process.”

Durant’s Nets lost at Portland 114-108 on Monday night. The Nets were playing on back-to-back days and flew across the country from Brooklyn Sunday to Portland for Monday’s game.

Durant was asked whether the tough schedule played a role in the team’s surprising loss to the Blazers. Durant said that the schedule shouldn’t be used as an excuse.

“They throw s— at you, you gotta figure out how to work around it,” Durant said.

“Everybody’s schedule is f—ed up.”

The NBA has warned players not to use profanity in interviews, but Durant used two words that had to be censored, leading to his fine.

$15,000 is nothing for a guy making $37.2 million per season, but the league at least should have his attention. The NBA continues to get softer by the day.

The Sacramento Kings trolled the heck out of Russell Westbrook on Wednesday night by playing a song called “Cold as Ice.”

The song had a special meaning towards Westbrook, who has been cold from the field and struggling with his shot. Westbrook fired back against the Kings by pointing out how well he played previously in his career, suggesting they’re being opportunistic.

Whatever the case, it doesn’t look like the Kings will be able to get away with the stunt any longer.

KXTV’s Sean Cunningham reported on Thursday that the NBA told the Kings to cut it out and that what they were doing couldn’t continue.

As much fun as it was to see a visiting player like Russell Westbrook of the Lakers last night identified as the “Cold as Ice” player of the game, a source with the NBA tells me that the bit used by the Kings will not be allowed to continue.

In our original post on the subject, we wrote that if it were an opposing fan, Westbrook would have had the fan ejected. It looks like the same principle applies in this case.

We have seen players take issue with mascots; players get fans ejected; and now we have trolling music being cut out. What’s next, all fans will be required to be silent during competition like it’s tennis or golf?

ACC appears to have good reason for blocking CFP expansion

ACC Commissioner Jim Phillips spoke with the media on Friday and outlined why he and his conference are blocking College Football Playoff expansion for now.

The current system has been in place since 2014 and features four teams squaring off in a single-elimination playoff. There has been talk for years about expanding the field to more teams, with many favoring a 12-team playoff.

The ACC acknowledges that the Playoff will likely expand at some point, but for now, Phillips is blocking expansion.

His reasoning is that he wants to hold things up in order to draw attention to some other areas he feels need fixing.

Some of the issues Phillips wants the NCAA to address include: opt outs, transfers, the recruiting calendar, in-season coaching movement, tampering and the new name, image and likeness matter.

By blocking CFP expansion for now and setting a roadblock, Phillips is hoping to force college football to address these other areas first.

Additionally, all reports say that although Phillips is the loudest in blocking the expansion, he’s not alone. The Big Ten and Pac-12 reportedly are blocking it for now as well.

The College Football Playoff will eventually expand, just not yet. Kirk Ferentz had yet another good season at Iowa, and the Hawkeyes are rewarding him with a contract extension.

Ferentz received an 8-year contract extension worth $56 million. That breaks down to $7 million per year and keeps Ferentz under contract through 2029.

As I see it based on contract language, Kirk Ferentz's deal is for 8 years, $56 million and fully guaranteed unless terminated with cause.

Few coaches are as consistent year-to-year as Ferentz, and Iowa knows he is the perfect fit for them.

The contract extension comes amid Iowa’s second 10-win season in three years. They also are coming off a Big Ten West title.