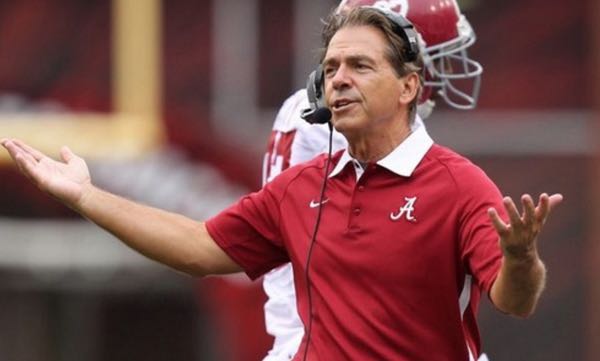 The Alabama Crimson Tide are poised to face just their second ranked opponent of the 2018 season on Saturday, and Nick Saban is trying to make sure they’re ready.

Saban said Friday that he wasn’t sure how his team would respond to the threat posed by the LSU Tigers, fearing that things have been “a little bit too easy” for the Crimson Tide this season.

“LSU has a good scheme, guys in the secondary who go get the football, and [defensive coordinator Dave Aranda] is a really good coach,” Saban told ESPN’s Chris Low. “We really haven’t been tested on offense, and sometimes you worry about things maybe being a little bit too easy and how you’re going to respond when things are much more difficult. There’s nothing we can do about it now, and that’s not the players’ fault. But as a coach, you always wonder how they respond to the challenge when things get tougher.”

Even as his rivals praise Alabama for being the most complete team, Saban has to find a way to keep things focused. The Crimson Tide haven’t been truly tested yet. Saban is definitely ready, and he has to hope his team follows suit.

Los Angeles Lakers president Magic Johnson may not be thrilled with how Luke Walton has the team playing, but his job apparently is not on the line yet.

According to Tania Ganguli of the Los Angeles Times, it is true that Johnson angrily met with his coach after a winless two-game road trip, but ownership is firmly behind Walton and Johnson is not close to firing him.

Magic Johnson was angry in the meeting he had with Luke Walton (first reported by @wojespn and @mcten) but he doesn't make rash decisions. Several sources told me and @BA_Turner that Luke Walton's job is not in danger. Further, ownership still very much believes in him.

Read like this, that angry meeting sounds like a warning shot from Johnson. For now, Walton appears secure. If the Lakers continue to lose, it’s reasonable that this could change very quickly, but for now, reports that Walton is essentially coaching for his job appear to be premature.

The veteran left-hander agreed to a three-year, $93 million deal with the Dodgers. That works out to $31 million a year, plus even higher bonuses.

Source: Dodgers and Kershaw have a deal.

Dodgers-Kershaw agree to three-year, $93-million contract. With bonuses. No opt-outs.

As Ken Rosenthal of The Athletic noted, this is actually a drop in Kershaw’s average annual value, but he gets an extra guaranteed year and can easily reach it again with incentives.

Under previous deal, Kershaw’s average salary next two seasons would have been $32.5M. He gets an extra year in deal with #Dodgers and average drops to $31M, and total can grow through incentives.

The expectation had always been that Kershaw would stick with the Dodgers. That is precisely what has happened. The 30-year-old posted a 2.73 ERA in 26 starts in 2018.

A former Boston Red Sox general manager could be in line to take over a division rival.

According to ESPN’s Buster Olney, the Orioles have contacted Ben Cherington, a former Red Sox executive who now works in the Toronto Blue Jays’ front office.

As the Orioles have searched for the new head of baseball operations, they've had contact with former Red Sox GM Ben Cherington, who works with the Jays now.

Cherington is best remembered for building the 2013 Red Sox, who went from worst to first and won the World Series. It was, however, the only winning season he presided over, as well as the only year during his tenure the Red Sox didn’t finish last in the AL East.

The Orioles are seeking a replacement for former GM Dan Duquette. Whoever takes the job will likely be signing up for a lengthy rebuild in one of baseball’s toughest divisions.

Report: Indians will listen to trade offers for Corey Kluber, other players

The Cleveland Indians are facing some financial constraints heading into the 2019 season, and they may have to part ways with one or more of their core players in order to keep their payroll where it needs to be.

The Indians are also not expected to extend qualifying offers to several top free agents this winter, so they could have a much different look when the 2019 season begins. 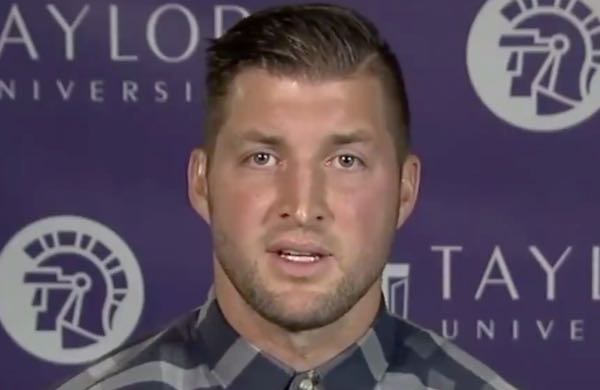 The University of Maryland announced earlier this week that they were keeping head football coach DJ Durkin before ultimately letting the public make the final decision, and Tim Tebow believes the way school administrators handled the situation was shameful.

While he would not say whether or not he agreed with Maryland firing Durkin, Tebow ripped the university on ESPN’s “First Take” Friday morning for coming to a decision and not standing by it.

.@TimTebow went off on Maryland for firing DJ Durkin shortly after reinstating him. pic.twitter.com/vxhKuEyyni

“It shows that people are so afraid to have conviction and to believe in something when they make a decision, that they’re like, ‘Oh my goodness, social media’s against us. We’re gonna fire him now.’ You just made a decision to keep him,” Tebow said. “If that’s your decision, if you believe that’s what’s right for the program, it shouldn’t matter what I say. It shouldn’t matter what social media says.”

Tebow said Maryland should have had the “courage” to stick with their decision rather than allowing the public to dictate the outcome.

“So many people want to be liked instead of being respected. I think more universities need to stand by what they believe is right,” he said. “I’m not saying their decision is right, but they need to have courage to say, ‘You know what, I would rather be respected than liked.'”

If you remember, Tennessee agreed to hire Greg Schiano as its next coach last year before caving to backlash from fans. Tebow compared that situation to the one with Maryland. While he did not share his opinion on what should have happened in either case, he feels there’s something wrong with school officials allowing fans to do their jobs for them.

The Cleveland Indians may be in for some roster shuffling this offseason.

The Indians are not extending qualifying offers to Michael Brantley, Andrew Miller, Cody Allen or anyone else.

Brantley, who turns 32 in May, had a nice season batting .309 with 36 doubles and 17 home runs. But the Indians are not planning to bring him back on the qualifying offer price.

The qualifying offer price for 2019 is expected to be just under $18 million. In the past, teams could mostly count on players turning down qualifying offers to pursue long-term contracts, but after so few players got the long-term deals they were seeking last offseason, there is a greater risk of players accepting their qualifying offers.

The Washington Redskins were confident that veteran offensive tackle Trent Williams would not have to miss time after he briefly left last week’s game against the New York Giants with a thumb issue, but the injury is apparently more serious than initially believed.

On Friday, the Redskins announced that Williams has been ruled out for Sunday’s game against the Atlanta Falcons after he underwent surgery to repair a dislocated thumb.

Williams, the No. 4 overall pick in the 2010 NFL Draft, is one of the best tackles in football. He has reached the Pro Bowl in each of the last seven seasons, and it goes without saying that he is the most important piece of Washington’s offensive line.

It’s unclear exactly how much time Williams could miss, but it would not be surprising if it’s more than a week given that his injury required surgery.

The Los Angeles Dodgers and Clayton Kershaw gave a strong indication that they do not intend to part ways when they extended the deadline for the left-hander to make a decision on his contract option, and that remains the case with the new deadline looming.

According to Ken Rosenthal of The Athletic, both the Dodgers and Kershaw genuinely want the pitcher to remain with the team. Even if the new deadline of 4 p.m. EST on Friday passes without a deal, that does not necessarily mean Kershaw will test free agency.

#Dodgers remain optimistic of reaching new deal with Kershaw, with one source maintaining both sides really want it to happen. Keep in mind an agreement is NOT necessary by 4e/1p. Talks can continue even if Kershaw opts out, though at that point other teams will enter mix.

Kershaw will turn 31 in March. He would make $65 million over the next two seasons if he chose not to opt out of his current deal, which sounds like excellent money for a pitcher whose velocity has been down and has not pitched well in the postseason. In all likelihood, the Dodgers are trying to work out a new contract with him where he gets more years at a lower annual salary.

Kershaw’s lack of knowledge about his own contract option was a good indication that he does not want to leave LA, which is where he began his career when the Dodgers drafted him in 2006.