Bradley Beal has been with the Washington Wizards for his entire eight-year career, but he was almost never even a part of the team to begin with.

In an appearance this week on SHOWTIME Basketball’s “All the Smoke,” Beal revealed that he was very nearly traded to the Oklahoma City Thunder on draft night in 2012 in exchange for James Harden.

Beal, Russ and KD. What could have been in OKC

“The whole night, I kinda had a feeling I was going 2 or 3,” said the All-Star guard. “We knew AD [Anthony Davis] was going 1. So I already knew I was going to Charlotte or Washington. When we’re sitting in the draft room, sure enough, my agent is tapping me like, ‘It’s possible you might go to OKC.’ ‘Damn, how am I gonna go there? I didn’t even work out for OKC. I only worked out for three teams: Washington, Cleveland, and Charlotte.’

By now we know that the Thunder were actively shopping Harden at the time and wound up trading him to the Houston Rockets in October that year in exchange for Kevin Martin, Jeremy Lamb, and multiple draft picks. There he blossomed into one of the NBA’s best players and won league MVP in 2018.

The landscape of the league would have looked very different though had the Harden-Beal swap have gone through. Would the Thunder have had enough to make it back to the NBA Finals like they did in 2012? Would Durant still have left to sign with the Golden State Warriors in 2016? Would the dynamic duo of Harden and John Wall have gone anywhere in the Eastern Conference (where the Beal-Wall Wizards made three conference semifinal appearances in the middle of the decade)?

We don’t know the answer to any of those questions, but what we do know is that a Beal trade could still be consummated at some point elsewhere.

As the NBA keeps making progress towards a return to play, James Harden is one player who is doing his best to stay ready.

Harden's been putting in the work

This might be the slimmest I’ve ever seen James Harden. pic.twitter.com/sYcCV0Y1br

If the NBA doesn’t start back soon, there might not be much left of James Harden pic.twitter.com/uTwcUWnXwZ

A feature by Kelly Iko of The Athletic revealed this week that Harden, the former Arizona State star, has been working out in Arizona with ex-Sun Devils teammate Christian Polk amid the shutdown. As part of his workouts, Harden is doing mountain drills, yoga, pool work, and sand exercises. He is also said to be studying plyometrics to further enhance his quickness and first step.

The former MVP Harden is officially listed at 6-foot-5 and 220 pounds. He issued a challenge to opposing teams just before play was suspended, and now seems poised to deliver on it if and when the season can resume for Houston. 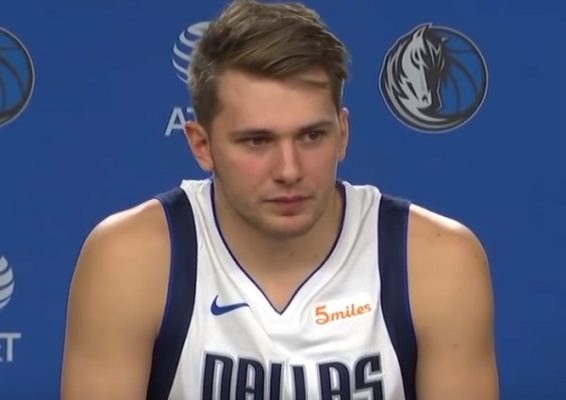 END_OF_DOCUMENT_TOKEN_TO_BE_REPLACED

Giannis Antetokounmpo has been tasked with defending some of the most explosive players in the NBA, and you may be surprised to learn which opponent he considers the most challenging to cover.

Antetokounmpo and his girlfriend Mariah Riddlesprigger held a Q&A on Instagram live this week, and one fan asked who is the hardest player to guard in the NBA. Giannis thought for a while before giving the honor to Harden.

There’s no denying Harden is one of the best scorers in the NBA, but we’ll probably never know whether or not Giannis was being sarcastic. The two players have had somewhat of an ongoing feud over the past year, so Antetokounmpo may have just been messing with his nemesis.

When Antetokounmpo was picking his All-Star Game roster on live TV, he had a funny moment while deciding between Harden, Kemba Walker and Trae Young. The Greek Freak said he didn’t want to pick Harden because he’d rather have a teammate who is going to pass. Harden was later asked about the remark during an interview and responded by taking a shot at Giannis. Giannis also threw an elbow at Harden during the All-Star Game that may or may not have been inadvertent.

Harden is averaging 34.4 points per game this season, so Giannis probably isn’t the only player who would say Harden is the toughest person in the NBA to guard. It is somewhat surprising, however, that The Greek Freak is giving the Houston Rockets star the satisfaction.

James Harden challenges teams to attack him on defense

James Harden has long had a reputation for being a weak player on defense, but that narrative is outdated.

Harden has been among the tougher defenders in the league in post-up situations the past few seasons, including this year. And he’s heard all the jokes about teams trying to target him on defense. He dares them to do so.

MacMahon wrote a long article about the Rockets’ defense and how Houston is able to play well on that side of the court despite having a small-ball lineup. The keys come down to their ability to constantly switch on screens, and the one overlooked part of their small-ball lineup: whatever they lack in height they make up for in strength and sturdiness.

Harden is muscular and has an extremely strong lower body, which makes it tough for him to get pushed around.

Taking shots at Harden over his defense remains in style, at least when it comes to Giannis Antetokounmpo. But the days of mocking him for his defense and making embarrassing compilation videos may be over.

Did James Harden poop his pants during Celtics game?

The Houston Rockets fought their way through an overtime win over the Boston Celtics on Saturday night, and let’s just say James Harden may have pushed a little harder than anyone on the court.

Harden scored 21 points on only 7-of-24 shooting, but it was enough for the Rockets to pull off the 111-110 victory. At one point in the first half, cameras showed some sort of mystery stain on Harden’s backside. There was a lot of speculation that it was, well, poop.

Did you poop your pants? @JHarden13 pic.twitter.com/Po95lcflQK

We’re not quite ready to say Harden crapped his pants, but there’s only one person who knows for sure. What we do know is that Harden would not be the first athlete to soil himself during competition, so anything is possible.

Heck, even Paul Pierce says his infamous wheel chair incident from the playoffs several years ago was a result of having to go so bad he needed to get off the court, so it happens. If Harden was trying to hold that in throughout the entire first half, it’s no wonder he had trouble knocking down shots.

James Harden fires back at Giannis over All-Star Game joke

Giannis Antetokounmpo has made it clear in recent weeks that he is not a big fan of James Harden, and the feeling appears to be mutual.

When Antetokounmpo was picking his All-Star Game roster earlier this month on live TV, he had a funny moment while deciding between Harden, Kemba Walker and Trae Young. The Greek Freak said he didn’t want to pick Harden because he’d rather have a teammate who is going to pass. Harden was asked about that during an interview with ESPN’s Rachel Nichols that aired on Friday, and he pointed out that he had more assists than Walker at the time Giannis made the remark. Harden also said it would be a lot easier to play basketball if he were 7 feet tall.

James Harden addresses the comments Giannis made during the All-Star draft about assists: "I average more assists him than him, I think….I don't see what the joke is."

Later: "But I wish I could just run and be 7 feet and just dunk." https://t.co/vRKMXpr3Wp pic.twitter.com/ecOzFoDsiQ

The tension between Harden and Giannis may have begun last year when the two players finished 1-2 in the MVP voting. Harden admitted he was annoyed the media gave the award to Antetokounmpo, which Giannis may have taken as a sign of disrespect.

Giannis also threw an elbow at Harden during the All-Star Game, which may or may not have been inadvertent. If anything happens between the two players on the court going forward, it will be hard to believe it is a coincidence.

Giannis Antetokounmpo took a funny shot at James Harden while picking his All-Star team on Thursday.

Antetokounmpo and LeBron James are the captains of the two All-Star teams that will play in the All-Star Game in Chicago on February 16. The captains drafted their respective teams on TNT Thursday, and Giannis had a funny moment when deciding between Harden, Kemba Walker and Trae Young. He said his decision was between Walker and Young and that he didn’t want Harden.

Giannis has got jokes #NBAAllStar pic.twitter.com/9m7cguXTMJ

“I want somebody that’s gonna pass the ball, that’s what I want,” Antetokounmpo said, to multiple laughs.

LeBron ended up getting Harden on his team.

Harden is a ball-dominant player, but that’s also by design in Houston’s offense. Playing in the All-Star Game, things would likely be different, but it’s still funny to hear Giannis keep it real by saying that. So long as they keep Harden away from certain places on Saturday night, they should be fine.

Ja Morant had some extra motivation on Tuesday night.

The rookie led his Memphis Grizzlies to a 121-110 win over the Houston Rockets. Morant had 26 points, five rebounds and eight assists in the game and made an impressive 10/11 field goals. He also went 3/4 on three-pointers and was sure to let James Harden know about that.

After Harden failed to close out on a Morant 3-pointer, the rookie was seen saying “tell that motherf—er about me!”

"Tell that M*********** about me!" Morant drills a three after Harden plays him like Ben Simmons, has some choice words pic.twitter.com/IQDXY7Hn43

That seemed to be Morant’s response to a lack of respect he felt Harden showed him by giving him so much room to take the shot. Harden paid the price.

Morant had another sweet moment when he went behind his back around Harden and threw a lob:

Now that’s how you earn respect as a rookie. You take it to the veterans one player at a time until they learn. James Harden and Dejounte Murray got into a bit of a shoving match early in Monday night’s game between the Houston Rockets and San Antonio Spurs.

Murray stole the ball and got an easy transition layup to extend his team’s lead to 22-7 late in the first quarter. Harden wasn’t happy and bumped Murray under the basket after the layup. Murray bumped Harden right back and then shoved the Rockets star.

Dejounte Murray and Harden going at it pic.twitter.com/kIwlZutmI2

Credit to Murray for not backing down after that cheap shot from Harden. There was no need for the bump, and it’s good Murray stood up for himself after it.