Oscar Valdez showed just how special of a fighter he is with a huge knockout of Miguel Berchelt on Saturday night.

Valdez was facing Berchelt for the WBC World Super Feather Title at The Bubble in the MGM Grand in Las Vegas. Just as the bell to end round 10 was ringing, Valdez dropped Berchlet with a monster left hook.

This needs to be in the dictionary next to the phrase "knock out" #BercheltValdez @ESPNRingside pic.twitter.com/RJ5TVMlrk6

Here is the ringside view from the other angle.

That was a huge knockout that completely stunned Berchelt. He was taken to the hospital after the knockout.

There was talk from some boxing reporters who felt Berchelt’s corner should have stopped the fight sooner, but they left the champ in long enough to let that happen. 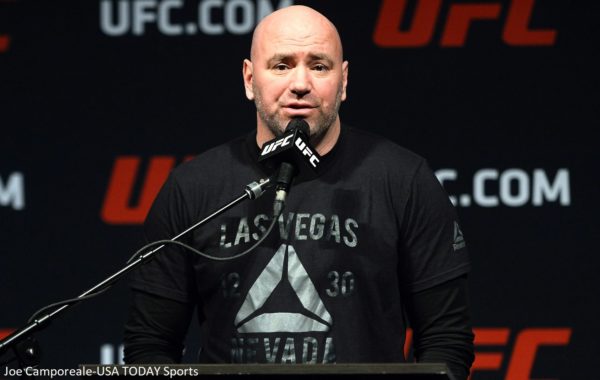 Video: Jared Anderson knocked out Kingsley Ibeh into next week Anderson and Ibeh had a six-round fight scheduled at The Bubble at the MGM Grand in Las Vegas. In the final round, Anderson knocked out Ibeh badly.

Here is another angle for the knockout.

Ibeh was around a minute away from taking the fight to a decision, but Anderson closed things out.

The 21-year-old from Toledo is now 8-0 with eight knockouts in his young career. Here’s hoping Ibeh is OK.

Manny Pacquiao recently teased some big news, and he is also targeting a big pay day.

The 42-year-old Filipino politician and boxer tweeted during the week that he has begun training for an upcoming fight.

Training camp has begun. I’m ready to get back in the ring and to further add to my legacy in the sport of boxing. Big news coming soon. @ParadigmSports @AudieAttar

Pacquiao has not yet named an opponent. Terence Crawford, Errol Spence Jr., Mikey Garcia and Ryan Garcia have been mentioned as possible opponents.

Pacquiao is targeting $40 million if he fights Crawford.

“We told Bob (Arum) I get $40 million and Crawford gets $10 million,” Pacquiao told The Daily Tribune in the Philippines.

Pacquiao last fought in the summer of 2019 and beat Keith Thurman, marking his third straight win. He is 62-7-2 with 39 KOs in his career.

Conor McGregor was trying to set up a boxing match with Pacquiao, but that plan fell through after McGregor lost to Dustin Poirier.

Floyd Mayweather ripped into Conor McGregor on Sunday after the UFC fighter lost to Dustin Poirier at UFC 257 on Sunday morning in Abu Dhabi.

Mayweather, who beat McGregor in a boxing match in 2017, posted on Instagram to mock McGregor. He also played the race card heavily in his post, which came in response to a questions asking why McGregor is loved and Mayweather hated.

“I seen this post and my take on it is that the world knows Con Artist McLoser can steal everything from me and be loved but I’m hated. That just lets you all know that racism still exist. Just know, that bum will never be me or be on my level. I’m just built different, my mindset is on another planet, my skills are second to none, I’m a natural born winner and yes I talk a lot of trash, but every time I back it up! This is what they hate. It’s sad that you can be a poor black kid from the ghetto that has dealt with racism your whole life and work extremely hard to put yourself and your family in a better position, and most of the hate come from my own people. Connor cannot even win in his own sport, but talking about coming back to boxing to fight Pacquiao. Nobody wants to see that, it’s like my leftovers eating leftovers,” Mayweather wrote.

There was talk about McGregor boxing Manny Pacquiao, which is what Mayweather was referring to in his post. Mayweather has beaten both men in a boxing match, which is why he said leftovers eating leftovers.

As for the contents of his post, Mayweather always likes keeping his name in the conversation for combat sports, which this accomplishes. A big difference between Mayweather and McGregor is that Conor has taken on tough opponents repeatedly, and not conditionally. Comparatively, Mayweather cherry-picked his opponents so he could maximize his earnings while minimizing his risks. When he did face his toughest opponents, it was either when they were too old (Pacquiao and Oscar De La Hoya) or too young (Canelo Alvarez). Fans recognize this difference and reward fighters with more love when they take on the toughest fights. Mayweather, meanwhile, is focusing on fighting YouTubers.

Lamar Odom is the latest celebrity to enter the world of celebrity boxing.

Odom announced on Thursday that he has signed with Celebrity Boxing. He made the announcement in a video and also shared a photo of himself in a fighting pose.

Odom is set to fight on June 12 at the Showboat Hotel in Atlantic City. He was asking for suggestions of celebrities to fight.

If they could line up someone from the Kardashian family, that would sell pretty well.

Celebrities fights may be a trend for the future after the Mike Tyson-Roy Jones Jr. fight sold pretty well along with the Nate Robinson-Jake Paul fight. Video: Boxer gets knocked out after taunting opponent Oh, it’s a classic, classic move that sometimes backfires. And when it does, it’s so satisfying to see.

Boxer Julian Fernandez lost to Frank Sanchez in their bout on Saturday night at the Alamodome in San Antonio, Texas. Sanchez was working Fernandez pretty well, but Fernandez tried to prove how well he was taking the punches. Fernandez pounded his chin as if to say nothing was hurting him.

And then guess what happened? Sanchez predictably knocked out Fernandez in the seventh round, sending his opponent through the ropes with a knockout loss.

"That's a bold strategy Cotton, let's see if it works out for him." pic.twitter.com/YSSZkrp9gC

We’ve seen this happen before and it’s always fun to watch.

The good news is at least by being cocky, these guys put on a good show. So thanks for entertaining the fans, Fernandez.

GGG in ridiculous shape for fight with Kamil Szeremeta Gennady Golovkin may have his eyes on a third fight with Canelo Alvarez at some point in the future, but he is certainly taking his bout against Kamil Szeremeta seriously.

Golovkin, 38, appears to be in tremendous shape for his IBF middleweight title defense against Szeremeta. GGG looked absolutely ripped at weigh-in on Thursday.

GGG was initially supposed to get back into the ring with Alvarez, but the latest plans for that bout were impacted by the coronavirus pandemic. He will now look to improve upon his 40-1-1 record with a win over Szeremeta, which could set up his next fight against Alvarez.

If there were any questions about Golovkin’s age or motivation, those photos should answer some of them.