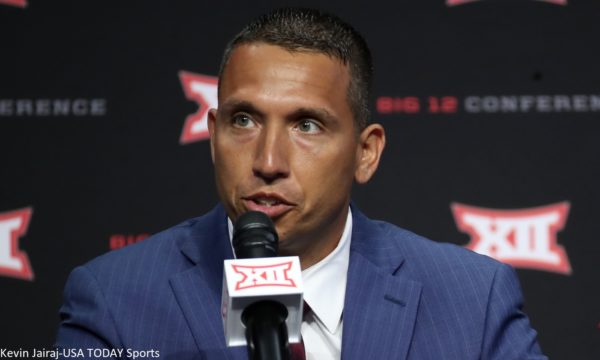 The Michigan State Spartans are dealing with a major problem ahead of their regular season finale against Penn State.

Numerous Spartans players on both sides of the ball are dealing with a flu outbreak, according to multiple reports. The Action Network’s Brett McMurphy, who first reported the story, said Michigan State could be down as many as eight starters.

Michigan State has been hit by flu bug & rash of injuries & may be w/out up to 20 players, including possibly 6-8 starters against Penn State Saturday, sources told @ActionNetworkHQ

ESPN’s Adam Rittenberg added further description to the scope of the outbreak. He reported that offensive linemen, defensive linemen, and quarterbacks have all been impacted. The list of players showing symptoms has grown during the week, with some players planning to try to play through their illness.

This is definitely not how Michigan State envisioned the end of the season going, particularly after their game last week. The Spartans can still finish 10-2 and put themselves in contention for a New Year’s Six game.