Watch: Bruce Willis’ baseball swing is not the prettiest Diehard Phillies fan Bruce Willis was at Citizens Bank Park in Philadelphia on Wednesday to hang out with the Phillies and throw out the ceremonial pitch before the team’s game against the Milwaukee Brewers. He also decided to take some batting practice on the field prior to the game, and let’s just say his swing could use some work.

Willis made some solid contact and even drove a few balls, but his form was more on the unconventional side.

Bruce Willis couple of nice swings in the batting cage. He grew up in South Jersey, and loves baseball#Phillies pic.twitter.com/YowLsX5enN

Bounced it up there
Few boos #Phillies pic.twitter.com/uu1VD8I1qE

He’s probably not the first player you’d call to fill a spot on your slow-pitch softball team, but he has to be a great clubhouse presence.

Willis, 64, is one of the best known actors in the world. He’s the star of the “Die Hard” franchise, and has other prominent credits such as “Pulp Fiction,” “Armageddon,” “The Sixth Sense,” “Sin City,” and much more. He grew up in Carneys Point Township, New Jersey and was a Phillies fan.

Giannis Antetokounmpo passed on a role in “Space Jam 2” because he is not interested in going “Hollywood.”

LeBron James is starring in a “Space Jam” reboot and set to film this summer. He has been seeking other NBA stars to join him in the film, but the Milwaukee Bucks emerging star turned down the role.

“I don’t like being Hollywood,” Antetokounmpo said via ESPN’s Malika Andrews. “I don’t like all this extra drama. I am just going to try to be me.”

Antetokounmpo also apparently did not want to give up two weeks of private workouts to train for the movie.

Though passing on such a role will limit Antetokounmpo’s chances of growing in popularity and becoming known among a new audience, NBA fans have to respect his choice. The guy seems extremely focused on his craft, which helps explain why he has jumped to MVP levels so quickly in his career.

Anticipation is building for the premiere of the eighth and final season of HBO’s “Game of Thrones” in two weeks, and Los Angeles Chargers defensive end Joey Bosa will be more than just one of the millions of devoted fans to tune in.

He’s part of the show.

According to Ian Rapoport of NFL Network, Bosa is set to make a cameo appearance during an upcoming “Game of Thrones” episode.

Source: #Chargers star pass-rusher Joey Bosa will make a cameo in an upcoming episode of @GameOfThrones. That is awesome (CC: loyal viewer, @TheBanktress). … Related: His brother Nick is in the NY area for the premiere and accordingly, will meet with the #Giants tomorrow.

While Bosa certainly has the size and stature to play a role on the hit series, it will be tough for him to top Noah Syndergaard’s cameo appearance from a couple years back. Still, between that and Bosa’s younger brother Nick expected to be a top pick in the upcoming NFL Draft, April is going to be an exciting month for the Bosa family. Spike Lee can’t even escape the New York Knicks during the Academy Awards.

Lee on Sunday night won his first Oscar, receiving the nod for Best Adapted Screenplay for his movie “BlacKkKlansman.” Prior to the announcement of the award, actor Samuel L. Jackson, who was presenting along with Brie Larson, made an announcement on TV to Spike, telling him that his beloved Knicks had broken their 18-game home losing streak with a 130-118 win over the San Antonio Spurs. News like that would ordinarily make a fan happy, but Lee shot back that the Knicks are “trying to tank.”

Nobody ever said Lee wasn’t a fan in the know. He understands the team’s goals, which is to land the major game-changer, not to mention potentially sign Kevin Durant. Long before he became an Oscar-winning actor, Mahershala Ali was actually a college basketball player.

Ali, 45, grew up in Hayward, Calif. and attended Saint Mary’s College, where he played basketball for four seasons. Take a look at this clip of some of his highlights while playing for the Gaels. Back then, Ali was known as Mahershala Gilmore.

Good luck to former @saintmaryshoops guard Mahershala Ali, who's up for his 2nd Best Supporting Actor at tonight's #Oscars pic.twitter.com/5Xi73DD8SJ

In recent years, Ali has become a star in the acting world thanks to his performances in movies such as “Moonlight,” “Green Book,” and TV shows like “House of Cards,” “True Detective” and “Luke Cage.” 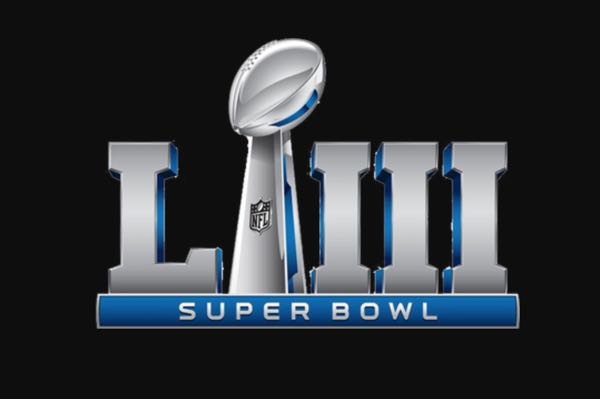 While the NFL has not made the official announcement, it has been widely reported that Maroon 5 has reached an agreement to headline the halftime show at Super Bowl LIII in Atlanta in February. Many fans are unhappy with the choice, but would the addition of Cardi B help alleviate some of the discontent?

According to a report from TMZ, Cardi B is in negotiations to join Maroon 5 on stage during the biggest American sporting event of the year. However, there is an issue over whether or not the hip hop artist will get her own set as opposed to just performing hers and Maroon 5’s hit song “Girls Like You.”

Fans are already upset over the NFL reportedly choosing Maroon 5, as there are several prominent musicians who hail from Atlanta. We all knew the halftime show from Super Bowl LII was going to be tough to top in terms of popularity, and we are already seeing that before the NFL even makes an announcement.