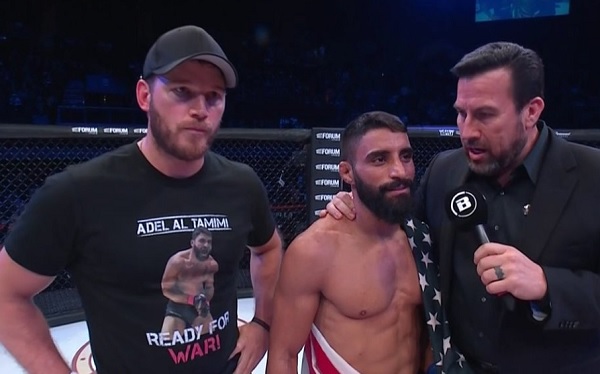 While the NFL has not made the official announcement, it has been widely reported that Maroon 5 has reached an agreement to headline the halftime show at Super Bowl LIII in Atlanta in February. Many fans are unhappy with the choice, but would the addition of Cardi B help alleviate some of the discontent?

According to a report from TMZ, Cardi B is in negotiations to join Maroon 5 on stage during the biggest American sporting event of the year. However, there is an issue over whether or not the hip hop artist will get her own set as opposed to just performing hers and Maroon 5’s hit song “Girls Like You.”

Fans are already upset over the NFL reportedly choosing Maroon 5, as there are several prominent musicians who hail from Atlanta. We all knew the halftime show from Super Bowl LII was going to be tough to top in terms of popularity, and we are already seeing that before the NFL even makes an announcement.

The “Space Jam 2” film project is starting to come together, but don’t expect to see Magic Johnson acting in it.

Johnson spoke with the media on Thursday about the upcoming Los Angeles Lakers season. Now that the team has LeBron James, the topic of the NBA star’s movie came up. Magic joked that the movie might not have the budget for him because his acting quote is high.

“Space Jam 2” has been in headlines this week after SpringHill Entertainment confirmed they have added director Terence Nance and producer Ryan Coogler to the project.

There is no information yet on a planned release date for the movie, which is now heavily anticipated. Well, lots of people are excited about it, except for one prominent person from the first movie.

As for Magic, we never really saw him as a good fit on the Monstars anyhow. Tim Tebow has broken into the filmmaking industry, and we’ll give you one guess as to what the theme of his first movie is.

Faith and football, of course.

According to the Hollywood Reporter, Tebow and his brother Robby are listed as executive producers for a film called “Run the Race.” The feature is in the final stage of postproduction and filmmakers are negotiating a theatrical release.

The film, which is about two brothers who were abandoned by their father and are dealing with the death of their mother, stars former Heisman Trophy winner and NFL running back Eddie George.

“This is a story about overcoming the hard issues of life, about the power of sacrifice, the power of family and the power of forgiveness,” Tebow said. “I love being a part of a project like this because it will impact lives.”

George also offered some of his thoughts on the movie.

Tebow’s stock was on the rise in the minor leagues this year before he suffered a season-ending injury. Between producing a film and dating the reigning Miss Universe, it’s good to know Tebow has plenty going on in his life besides baseball.

Prequel to ‘The Sandlot’ reportedly in early development Good news for fans of “The Sandlot” — a prequel reportedly is in early development.

Deadline reported on Tuesday that a prequel for the hit sports comedy movie is in the works. They say that David Mickey Evans, who wrote and directed the original, will be involved in the project for 20th Century Fox, along with Austin Reynolds.

The original film, which came out in 1993, received renewed attention this year as it celebrated its 25th anniversary. Members of the original cast got together and even recreated the classic movie photo.

The Sultans of Swat! The Kings of Crash!!! The cast of the #Sandlot reunited after 25 years on the @TODAYshow! https://t.co/SN16eTqKOC pic.twitter.com/l7ricdb1VH

Two other movies were made after the success of the original film, but neither of them received much attention. A new movie involving some of the original cast members would certainly get fans excited. Jordan Peele sent a funny tweet on Sunday after he was confused by many online for Jordan Poole, the hero for the Michigan Wolverines.

Poole made a buzzer-beater on Saturday night to lift the Wolverines to victory over the Houston Cougars, sending the team to the Sweet 16. His name is pretty similar to Jordan Peele, which led the actor/writer/director/producer, to tweet this:

I wanna thank everyone for the congratulatory messages. When you practice your jump shot as much as I have, you just hope one day it’ll pay off.

Peele just won the Academy Award for Best Original Screenplay for his movie, “Get Out,” and as you may have noticed, is a comedian. Poole hit one of the best shots of March Madness. It’s been a good month for the Jordan Peele/Poole crowd. And as far as name confusions go, we’ve seen much worse.

Ric Flair signs on to act in wrestling movie

Ric Flair has signed on to have a large acting role in a wrestling movie.

The Wrap reported on Wednesday that Flair has agreed to join an R-rated wrestling movie called “Uncle Steamroller & Champion Rabbit.”

Flair is set to play the role of the president of a wrestling tour where the Uncle Steamroller character tries to make a comeback.

“I’m expecting the inspirational story line will appeal to fans that extend beyond my loyal core wrestling base, and I am seriously looking forward to getting this film in front of worldwide audiences. Wooooooooooooooooo!” Flair told The Wrap.

Flair is also set to be an executive producer on the film. The 69-year-old also made an appearance in “Magic Mike XXL.”