Moss is one of the analysts who appear on ESPN’s “Monday Night Countdown” program. The crew was discussing the Cowboys-Chargers game from Week 2, which led to Moss’ advice.

The Hall of Fame wide receiver said he felt the Cowboys would use too many multi-receiver formations in the past. He feels they’re best off using 12 personnel, which is a combination of one back and two tight ends.

“12 personnel, that’s the meat and potatoes. We call that ‘Tiger’ personnel too,” Moss said.

Moss noted that the Cowboys used some versions of 12 personnel that included Ezekiel Elliott, Jeremy Sprinkle and Dalton Schultz. They also mixed it up with Tony Pollard, Schultz and Blake Jarwin.

“I think it’s up to the OC Kellen Moore to be able to put a two-headed monster in the backfield and let it be successful,” Moss suggested.

Then as they went to commercial Moss repeated his advice: “12 personnel, Kellen Moore.”

The Cowboys are 1-1 so far this season. They lost to Tampa Bay in Week 1 but beat the Chargers 20-17 in Week 2. Dallas is looking to get back to the playoffs for the first time since 2018, when they won the division but lost to the Rams.

Rob Gronkowski doesn’t need to waste time reading the book, because he has the best Cliffs Notes possible.

Gronk joined Peyton and Eli Manning’s telecast of “Monday Night Football” between the Detroit Lions and Green Bay Packers. He was asked by Eli whether he watches film. Gronk says teammate Cameron Brate asked him if he watched film, and Gronk gave a great response.

So, why doesn’t Gronk watch film? Because he has Tom Brady, who watches for him. And that’s all he needs.

“Every once in a while I watch teams, like right now. And I actually do go up to Tom, because I know Tom watches I dunno, 40 hours of film a week. I go, ‘Tom, who’s covering me this week? What type of coverages are they doing?’ I go, ‘That’s why I love playing for you, Tom. You just know everything!'”

Now that is efficiency to the max. Gronk knows how to ace the test by borrowing notes from the smartest kid in class. And it works!

Now you also know why Brady is the only quarterback Gronk will play for. He’s also probably exaggerating for comedic effect, because he’s a Hall of Fame tight end and definitely smarter on the field than he lets on. Aaron Jones had a monster game for the Green Bay Packers on Monday night, and he got to pay tribute to his late father with the big day.

Jones rushed for 67 yards and a touchdown. He also caught six passes for 48 yards and three touchdowns, giving him four scores in the game.

The 26-year-old is playing for his late father, who died in April due to COVID-19.

In a postgame interview with ESPN’s Lisa Salters after the Packers’ 35-17 win over the Lions, Jones says he had some of his father’s remains with him. Yes, Jones plays with a chain that contains his father’s ashes. He actually lost the chain in the end zone after scoring one of his four touchdowns. But the best part is Jones says his father would approve of the way he lost the chain.

Aaron Jones is the most lovable player in Packers history pic.twitter.com/ytuSBYzEqp

Aaron Jones wore a football chain that contained his late father's ashes during his 4 TD performance tonight but lost it in the end zone. The grounds crew is still looking for it.

"If there was any place to lose it, I know that's where my dad would want me to lose it." pic.twitter.com/u96XaV22FT

“I have a chain with a football and his ashes are in it,” Jones told Salters. “I scored and it fell off in the end zone. I’ll go look for it. But he’d be happy. He’d be like, ‘if you lose it anywhere, lose it in the end zone.'”

Hopefully the grounds crew could find the chain.

Jones says he is playing the season in dedication of his father, who taught him the sport and was his biggest fan.

The brothers were featured on ESPN2, giving their commentary of Monday night’s Green Bay Packers-Detroit Lions game. They brought in a slew of guests to join them. They offered sharp analysis as well as great wit throughout the game.

Early on, they also brought the conspiracy theories.

Peyton was noting how the Packers were running the ball frequently, which followed the suggestions they made to the team. He joked that Green Bay had them bugged.

Peyton then took it further. He said that the New England Patriots used to have his locker bugged, so he wouldn’t discuss plays near it. Instead, he would go into the shower.

“Every time I played against New England, I used to talk to my receivers in the showers. Don’t talk about a play next to my locker because I know it’s bugged. I know it’s got a hot mic in there. Very strange to see 7 guys hanging out in the shower,” Peyton said.

Was he being serious or joking? That’s up to you to decide.

Keep in mind, this is nothing new. Tony Dungy said in 2015 that Peyton feared the Patriots had his locker bugged. The Colts used to sweep for bugs when they played in New England. Many NFL teams used to do that but never found anything.

Maybe the Patriots were just in opponents’ heads. Aaron Rodgers broke out a celebration after throwing a touchdown pass on Monday night.

Rodgers’ Green Bay Packers were down 17-14 early in the third quarter against the Detroit Lions. They had a 3rd-and-6 from the Detroit 22 and sent four receivers out for a pass. Rodgers threw a laser beam over the middle to Robert Tonyan, who made the catch for a 22-yard touchdown.

Rodgers was seen pointing to the veins on his inner arm afterwards to signify he has “ice in his veins.”

Ice in his veins. @AaronRodgers12

Maybe he was showing that Tonyan had ice in his veins for that clutch catch on third down. Either way, it was a beautiful pass from Rodgers, who gave his team its first lead of the night.

Whether it’s a former teammate speaking up like this guy, or some media members talking, Rodgers’ leadership seems to be under scrutiny.

The three-time MVP quarterback spent the offseason upset with the Green Bay Packers, and now people are wondering whether his issues have spilled into the regular season and poisoned the team.

Davante Adams has Rodgers’ back though.

Speaking with ESPN’s “Monday Night Countdown” crew ahead of his Packers’ game against the Detroit Lions, Adams was complimentary of Rodgers.

“Aaron is one of the best leaders I’ve been around,” Adams said. “He’s taught me a lot. I’ve got a lot to say.”

That is a nice compliment towards Rodgers, and probably very meaningful to the quarterback. We have heard about how sensitive Rodgers is, so he probably will appreciate the remark.

Of course, Rodgers and Adams have an elite quarterback-to-receiver connection on the field. They have been teammates since 2014, and Adams has caught 62 touchdowns, including 18 last season. It’s no surprise that Adams would have his QB’s back. They also seem to have coordinated plans to regarding their futures.

The Green Bay Packers are a team on a mission, if you believe Davante Adams.

The Packers star wide receiver spoke with ESPN’s “Monday Night Countdown” crew ahead of the team’s game against the Detroit Lions on Monday night. He shared how they responded to their embarrassing 38-3 defeat in Week 1 to the New Orleans Saints.

According to Adams, everything around the team changed following the bad defeat.

“The attention to detail, the energy, the passion. There was a lot more fire out there throughout the whole week. I definitely noticed a step up in the sense of urgency. We should be back to what we do,” Adams told Randy Moss and Steve Young.

Adams also said the energy wasn’t there in Week 1 like it should have been.

Adams caught five passes for 56 yards in the team’s opener. That was a step down from the monster stats he had last season, when he caught 115 passes for 1,374 yards and 18 touchdowns. The 28-year-old is in the final season of a four-year, $58 million contract and seeking big bucks in free agency.

Adams sided with Aaron Rodgers over the offseason and seems to be on the same “Last Dance” page with his quarterback. Toney was the New York Giants’ first-round pick this year. He missed most of training camp due to COVID and has hardly figured into the team’s plans for its first two games.

A versatile wide receiver, Toney only has two catches for -2 yards so far this season.

An Instagram post Toney made after the game drew some attention (seen here), though he tried to downplay it.

Judge, who is in his second season as the Giants’ head coach, completely downplayed things. He says the post didn’t even have anything to do with the Giants.

Are you buying it? That’s hard to believe.

Both Toney and Golladay seemed to have frustration with the Giants during the game. At least Golladay admitted who he was ticked off at.

The Giants may be regretting their pick of Toney. They also reportedly had issues with him almost immediately after the draft. 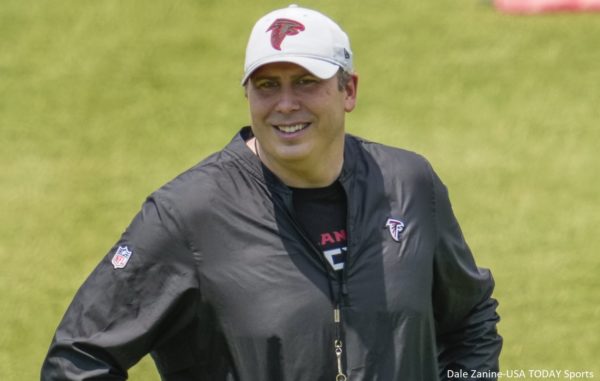