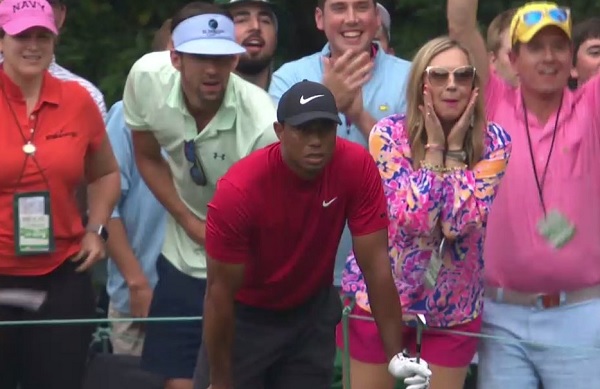 Tiger Woods sure acted generously with $9 million on the line in “The Match” on Friday.

Woods conceded a putt to send his pay-per-view match with Phil Mickelson to a playoff. Woods had a made a putt from about 5-6 feet away on the 18th hole at Shadow Creek. Mickelson had a 3-4 foot putt left, but Tiger decided to pick up his opponent’s coin instead of forcing him to make the putt to remain all square.

Tiger likely did not want to win on a missed short putt by Mickelson, recognizing how anticlimactic such an ending to the hyped-up match play event would have been.

After the concession, the two headed to a 19th playoff hole where Woods again conceded a putt to keep things tied.

Tiger knew what he had to do to build the drama for the ending.

Tiger Woods makes awesome shot on 17 to tie ‘The Match’ Tiger Woods hit arguably his best shot of “The Match” on 17 Friday to win the hole and send things to the 18th in a tie.

Tiger was down a hole to Phil Mickelson in their head-to-head match and was on the edge of the green, chipping from the rough for a birdie attempt on the par 3, 150-yard hole. Tiger chipped in and nailed it.

Eldrick, DID YOU?! Tiger chips in on 17, and says after, "just like old times." #TheMatch is all square headed to 18. pic.twitter.com/uxoHwVMoUG

Mickelson had a chance to win the match had he won the hole. Instead, he missed his birdie putt, which left things all square through 17.

What started out slowly ended with an exciting finish thanks to that big shot.