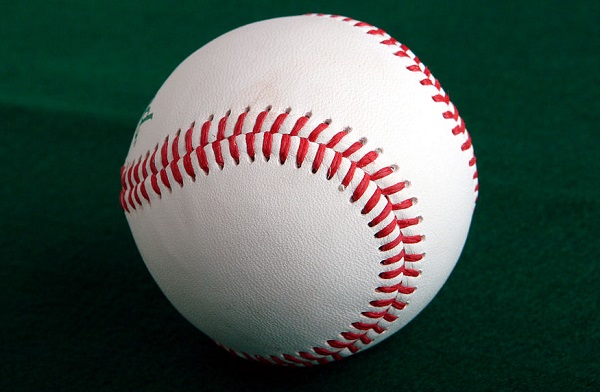 Arizona’s governor is paving the way for professional sports to return in the state.

Governor Doug Ducey announced on Tuesday that gyms and swimming pools could reopen on Wednesday, May 13. He also said that professional sports leagues could reopen without fans after Friday May 15.

“We have had discussions with leaders of some of these leagues and they all know they are welcome to operate, play and perform in the state of Arizona,” Ducey said.

Arizona has been under stay-at-home orders since March, but those orders are ending on Friday. The state has been allowing certain businesses to open provided they follow guidelines for social distancing.

Ducey believes the state’s hospital capacity, increased testing, and a decrease in positive test percentages has allowed them to move to the next phase of reopening.

The new rules have implications for several sports leagues that are considering a resumption of activity.

Brendan Leipsic waived by Capitals over comments about women, teammates

Washington Capitals forward Brendan Leipsic made some vulgar and misogynistic remarks to his friends that were leaked on social media earlier this week, and the team is moving on from him as a result.

The Capitals announced on Friday that they have placed Leipsic on unconditional waivers for purposes of terminating his contract. The move comes two days after Leipsic says his friend’s Instagram account was hacked to reveal screenshots of private conversations. Those exchanges included misogynistic comments about women and derogatory remarks about current and former teammates. You can see some of the direct messages here.

Leipsic issued a statement on Twitter Wednesday apologizing for the comments, and he said he is “committed to learning from this and becoming a better person by taking time to determine how to move forward in an accountable, meaningful way.”

The NHL also released a statement condemning the comments made by Leipsic and Florida Panthers prospect Jack Rodewald, who was involved in the leaked conversation.

Leipsic played in 61 games for the Capitals this season, tallying three goals and eight assists. The 25-year-old spent time with the Vancouver Canucks and Los Angeles Kings prior to landing in D.C. Joe Thornton has finally gone out and done the unthinkable.

The San Jose Sharks posted a video to Twitter on Saturday revealing that their veteran center had shaved off his legendary beard. Take a look at the clip, in which Thornton appears with his daughter and now looks unrecognizable:

For Thornton, who is in his 22nd NHL season and has been with the Sharks since 2005, the new look will definitely take some getting used to. His beard was one of the more iconic images in pro hockey and had even inspired its own Twitter account.

Some athletes have been going with more facial hair these days, but the 40-year-old elder statesman Thornton clearly went in the opposite direction. Andrew Cuomo is open to the idea of bringing back sports if it can be done safely, but the governor of New York indicated on Sunday that he does not see the point of leagues resuming play if they cannot sell tickets to events.

During his daily briefing, Cuomo said he is exploring ways in which to begin reopening New York’s economy in different phases. He said the state wants to bring sports back, but he wondered aloud how that will be possible if games need to be played without fans.

Cuomo may not have all that great of an understanding of the business side of sports. Almost all major sports leagues have been preparing for the possibility of playing in stadiums and venues without fans. That would be possible economically because of TV deals, which are a huge source of revenue for leagues. While much of that revenue is still coming in under existing deals, it’s possible there could be ways to increase advertising dollars. With more people at home and fans desperate for live sports content, ratings could — and likely will — increase dramatically for certain events.

Safety should obviously be the top priority, but sports leagues don’t necessarily need fans in the stands to make money. The plans many of them are currently discussing reaffirms that.

Like other major pro sports leagues, the NHL is exploring different ways to potentially resume its season amid the coronavirus outbreak. According to Florida Panthers president Matt Caldwell, that can hopefully happen beginning in July.

Caldwell said on a conference call Wednesday that the NHL is looking at resuming its season in July, with the tentative plan being to play games at four or five different neutral sites. It’s unclear at this point if fans would be allowed to attend.

JUST IN: NHL looking at restarting season in July.

Games would be played at 4 or 5 neutral sites with limited or no fans, according to Florida Panthers president Matt Caldwell.

On the conference call, he said this plan is not finalized.

Both the NBA and NHL had previously been considering June returns, but July may be more realistic. Aside from having to wait before games can be played without putting players and team staff at risk, there are also a ton of logistics to sort through such as where games will be played and whether or not players will need to quarantine in centralized locations.

Wayne Gretzky said over the weekend that he is confident we will see NHL hockey this summer “albeit in a different way.” Things appear to be trending in that direction. Major pro sports leagues are over a month into their shutdowns and have been discussing options for safely resuming their seasons. Playing games without fans in attendance seems to be the likely outcome for many leagues. Whatever the case, The Great One is optimistic about a return for the NHL.

Wayne Gretzky told The Associated Press on Sunday that he believes the NHL will return this summer, possibly in June.

“I really believe somehow, someway, that the leadership in this country and in Canada, that we’re going to figure this out,” Gretzky said. “And I really believe that we’ll see hockey and some sort of other sports in June, July and August, albeit in a different way, but I really see it coming to fruition. I think it’s going to happen.”

The NHL shut down its games after March 11, leaving just over three weeks of the regular season remaining before the playoffs. The league has discussed options such as resuming with the playoffs played at neutral site locations.

Whatever is decided, the return of pro hockey will be welcomed by many — and Gretzky, the NHL’s career leader in scoring, thinks it will be happening.

Dr. Fauci says sports can return if fans are removed from equation President Donald Trump has said the United States is working toward re-opening sectors of the economy with the coronavirus outbreak at or near its peak in the country, and many are wondering what that means for sports. According to one of the nation’s top infectious disease experts, leagues may be able to resume play in the not-so-distant future with one major caveat.

Dr. Anthony Fauci spoke about the potential return of sports in an interview with Snapchat’s Peter Hamby, and he said there is an avenue to it happening fairly quickly. However, having fans attend games would be out of the question, and players would have to follow some strict protocols.

“There’s a way of doing that,” Fauci said. “Nobody comes to the stadium. Put [the players] in big hotels, wherever you want to play, keep them very well surveilled. … Have them tested, like, every week and make sure they don’t wind up infecting each other or their family, and just let them play the season out.”

Fauci, who said he’s a Washington Nationals fan, believes there would be enough interest in sports for it to be worthwhile to have leagues play in front of empty venues. That is almost certainly true, as many fans are desperate for some sort of fresh content to watch.

Trump is planning to meet with some of the biggest names in sports, and there will be a lot of issues to iron out. While there may be a path to resuming play for many leagues, players would have to agree to follow strict guidelines and potentially be away from their families for extended amounts of time. One report already indicated that aspect of the arrangement could be a problem.