The defending champion Houston Astros moved to the American League in 2013, but one Boston radio station apparently forgot that much this week.

In a post to their Facebook page on Monday, Sports Radio 103.7 WEEI-FM shared a recap article of the Boston Red Sox’s 9-3 victory over the Houston Astros the day prior with the caption, “This could be a World Series preview.”

The original post still had not been deleted at the time of writing, over seven hours after it first went up.

As for the Astros, they played in the National League from their inception in 1962 until 2012 and are now in their sixth season in the American League. Along with the Red Sox, they are one of the best teams in baseball right now, but the two sides will obviously have a slight bit of trouble meeting in anything beyond the ALCS this season.

Right or wrong? LeBron put on spot by reporter about death of Erin Popovich UPDATE: TNT later said that LaForce asked James before the interview whether he wanted to comment, and he did.

A TNT reporter broke the news of the death of Erin Popovich to LeBron James during a postgame interview on Wednesday night, raising questions about the timing of the question.

James had just scored 46 points in Cleveland’s 100-97 win over the Indiana Pacers in Game 2 of their playoff series. He was interviewed by TNT’s Allie LaForce after the game and was asked a few questions about the contest. Then, just before the interview ended, LaForce broke the news to James about the death of Gregg Popovich’s wife and asked for his reaction.

James seemed utterly shocked by the news — which broke while he was playing — got emotional, and then came through with a thoughtful and heartfelt answer.

LeBron James after the game finding out about the horrible news of Erin Popovich's passing pic.twitter.com/2hz7z2ysWp

Though James had a good answer, there are legitimate issues about the timing of the question.

Should LaForce have been the one to break news like that to James? Perhaps that would have been better suited as a question in the postgame news conference after he had already learned of the death. It didn’t necessarily seem fair to spring it on him like that.

And before you get on LaForce for the question, keep in mind that perhaps a producer instructed her to ask it. Tennis reporter Ben Rothenberg was at the center of a controversy on Saturday after he received backlash for his description of an exchange Serena Williams had with a different reporter on Thursday at Indian Wells.

Williams on Thursday made her return to the court for the first time since giving birth to her daughter in January and won her match. Afterwards, she was faced with a question about her use of prednisolone — a banned substance — during the 2015 French Open. Williams received a Therapeutic Use Exemption (TUE) for the substance because she was sick.

The question seemed to catch Williams off guard and led to a tense situation. Here’s video:

Here’s the “heated exchange” @BenRothenberg said @serenawilliams had w/ a reporter. An exchange where Serena did not once raise her voice or give any indication of anger (when she had every right to) has been coined “heated” and “testy”. pic.twitter.com/cgB1GMziQH

Rothenberg, a tennis reporter who freelances for the New York Times, was not in Indian Wells, but he tweeted on Friday that he was surprised the “heated exchange” between Williams and the reporter did not receive more attention.

Hi Lenny, I couldn’t copy the link but I did take a screenshot of his tweet. There you can see he did say it was a heated argument and judging by the video, there was no heat argument, exchange or whatever. She wasn’t happy about the question but she answered it. pic.twitter.com/xFpsGectGr

Many people disputed Rothenberg’s description of the matter as “heated.” Williams’ husband, Alexis Ohanian, responded and said Serena was “cool, calm, and collected.”

Rothenberg acknowledged his description was wrong and said “intense” would have been a better word.

Calling this heated is pure clickbait …. I’m not sure how to forcefully defend yourself while still keeping an element of respect better than she did here. @BenRothenberg I’m guessing you’d be “intense” as well if someone questioned your integrity. You should be better https://t.co/uUP3dNH32F

Rothenberg then defended himself and said he wasn’t saying Williams had reacted poorly, but merely that the exchange was intense.

Definitely. At no point did I say Serena did anything wrong or handled it badly. I said it was a heated exchange (and that word referred to the exchange, not Serena) because it was a loaded question that she knocked back forcefully.

Rothenberg’s “heated exchange” description may have been slightly off, but not by much. The exchange certainly was tense. And nowhere in his tweet did he say Williams reacted poorly. All he said was that he was surprised the matter didn’t receive more attention, which is a fair comment.

Williams is used to dealing with far worse though, so she probably just brushed this matter aside. A lot of holes have been poked into ESPN’s report that said Sean Miller was caught on a wiretap discussing paying Deandre Ayton to come to the University of Arizona. Now there is some speculation saying that ESPN confused Ayton for Brian Bowen in their report.

Arizona Daily Star columnist Greg Hansen said in an interview with Bickley & Marotta on 98.7 FM Arizona’s Sports Station that he thinks ESPN got the players wrong.

“I don’t even think it was Deandre Ayton who was mentioned in that report,” Hansen said, via ArizonaSports.com. “I think it was (former Louisville commit) Brian Bowen. I think they got that wrong. I think there are so many (things) that ESPN screwed it up.

“I talked to someone yesterday — his name might rhyme with ‘look’ — and he said that it wasn’t Ayton at all. It was Brian Bowen.”

Hansen’s reference to “look” is about former Arizona assistant “Book” Richardson, who was fired after being part of the FBI arrests in September. Hansen clarified that he did not speak to Richardson, but someone close to him.

Furthering this suggestion is what 247 Sports reported on Monday. 247 Sports noted that ESPN changed the timeline of its report twice. They initially said the phone call between Miller and Christian Dawkins that was on a wiretap took place in the spring of 2017. Then they said spring of 2016. Then they said just 2016. Now they’ve gone back and said it was 2017.

ESPN having to correct its correction on a report that the subject called “defamatory” isn’t great! pic.twitter.com/jeaxqXEL3p

247 Sports pointed out that Dawkins was also never really known to have a connection to Ayton.

However, Dawkins was known to be shopping Bowen to schools.

Yahoo’s Pat Forde reported the following in an article published on Feb. 23:

Dawkins ran the recruitment of Bowen, the decorated high school recruit who turned up in one of the U.S. Attorney’s criminal complaints as being allegedly sold to Louisville, via Adidas, for a six-figure payment.

Forde also reported that Dawkins was shopping Bowen to Arizona, and that Arizona was interested.

The FBI later said in its indictment that Bowen went to Louisville for $100,000, the revelation of which led to Rick Pitino’s firing. $100,000 is the amount of money ESPN says Miller was recorded on wiretap discussing with Dawkins for a player in 2017. Bowen committed to Louisville in 2017.

Now keep all this information in mind when you read this quote, which came from Miller during his press conference on Thursday:

Hmm? The one time someone shopped a player to him, he did not agree to it, and that player did not go to Arizona? Yup, that seems to also coincide with the suggestion that the player in the ESPN report was Bowen, not Ayton.

Maybe this is exactly why Miller vehemently defended himself against ESPN’s allegations and why Arizona is allowing him to continue to coach.

A radio host is under fire for making an inappropriate comment about 17-year-old American snowboarder Chloe Kim, who won a gold medal in the women’s halfpipe at the Olympics this week.

Patrick Connor, who co-hosts “Dialed-In with Dallas Braden” on Barstool Radio on SiriusXM, made the inappropriate comment while he and his co-hosts were talking about the snowboarder.

“She’s fine as hell! If she was 18, you wouldn’t be ashamed to say that she’s a little hot piece of a–. And she is. She is adorable. I’m a huge Chloe Kim fan,” Connor said.

If you’re expecting an apology from Connor, don’t hold your breath. He already responded to the matter via Twitter and poked fun at Deadspin for posting about his comments.

Radio station WEEI recently suspended a host for a racist/offensive skit last week, and this comment was much worse.

“Keep in mind this show is 2 days old. [Patrick Connor] has been working for us for less than 48 hours. Yeah it was sort of a stupid comment but to dedicate an entire blog to it?

Barstool Sports has endeared themselves to their fans with edgy, non-politically correct, and sometimes offensive commentary, so their fans are probably used to this. However, most people would agree that this kind of remark crosses a line. New York Times writer Bari Weiss is backtracking after stirring up a firestorm with an ill-advised tweet about American figure skater Mirai Nagasu.

Nagasu stole the show at the PyeongChang Games by pulling off an ultra-rare triple axel in the women’s team free skate (and helping the U.S. team to a bronze-medal finish with her efforts). In reaction, the op-ed writer Weiss posted a tweet on Monday that read, “Immigrants: they get the job done.”

The problem? While Nagasu’s parents are both Japanese immigrants, she herself was born in Montebello, Calif. and raised in nearby Arcadia.

After receiving considerable backlash for the ignorant remark, Weiss claimed that she was simply referencing the smash hit musical “Hamilton” before announcing that she was deleting the tweet because of the response.

Do you need another sign of civilization's end? Here's one: I tweeted "Immigrants: we get the job done" with a video of Mirai Nagasu's triple axel. The line is a Hamilton reference. I know she was born in Cali. Her parents are immigrants. I was celebrating her and them. (1/2)

For this tweet I am being told I am a racist, a ghoul and that I deserve to die. So I deleted the tweet. That's where we are.

While Weiss’ tweet and subsequent justifications were a shame, they definitely will not be able to take away from the magnificence of Nagasu’s performance. 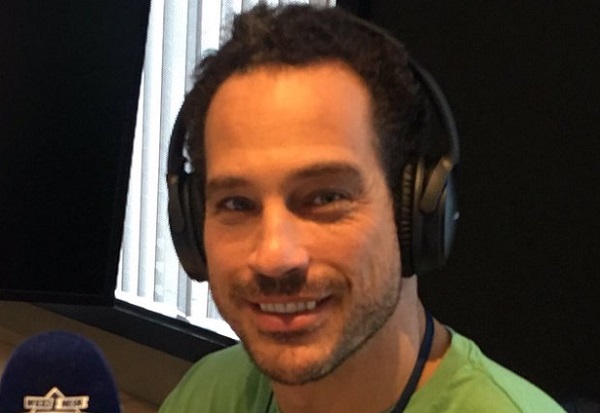 WEEI in Boston has removed audio of one of their hosts doing a racist Asian impression of Don Yee, the agent for Tom Brady.

Christian Fauria, a former tight end with the Patriots, is a co-host on “Ordway, Merloni & Fauria” on WEEI. He got into some hot water Friday for a racist segment he did. The trio did a skit where they reenacted how they envisioned the prank going down that led to the Boston Herald writing a false story about Tom Brady threatening to hold out.

Fauria decided to take the role of Yee for the skit, and he used a racist/stereotypical Asian voice and tones when playing the role of the agent (audio can be heard at Deadspin). The show also included some bamboo flute music in the background while doing the skit.

The link used to direct listeners to the audio, but that page has been removed by the company. A visit to the page says “The requested page “/file/392251″ could not be found.”

The audio is pretty despicable, and it’s a wonder they even promoted it in the first place before realizing they should remove it.