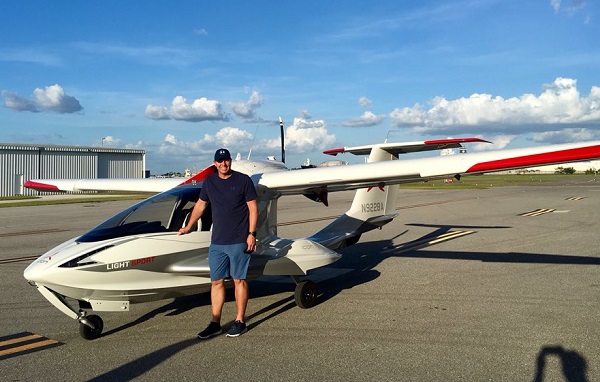 A Boston sports radio host is under fire for his unforgiving, critical attitude towards Roy Halladay’s death.

Halladay died on Tuesday after crashing his plane into the Gulf of Mexico off the coast of Florida. He was 40. A day after he was pronounced dead, reports and video emerged saying that the two-time Cy Young Award winner was showboating in his plane before crashing.

Felger, who co-hosts “Felger and Mazz” with Tony Massarotti on 98.5 The Sports Hub in Boston, ranted Wednesday about Halladay’s death. He disputed the idea that Halladay’s death was a tragedy, and instead called the pitcher a thrill-seeking “moron.”

“I’ve got no sympathy for you,” Felger said.

He challenged the lesser requirements of a sport pilot license required to fly the kind of plane Halladay had. He essentially described Halladay as a thrill-seeker who “got what he deserved.”

Felger also noted that Halladay’s wife did not want him flying.

You can hear the rant below:

Al Michaels is a veteran sports announcer who has a great feel for the action and has delivered many memorable calls over the years. The joke he cracked during “Sunday Night Football” between the New York Giants and Denver Broncos was not one of his better moments.

Midway through the third quarter, Michaels cracked that the “Giants are coming off a worse week than Harvey Weinstein.”

Weinstein is the co-founder of Miramax Films and was fired by his company amid multiple allegations of sexual assault, harassment and rape. His alleged actions are despicable and not the sort of thing you want to compare to a football team that’s been losing games and players to injuries.

CBS Sports and Jason La Canfora appear to have been caught embellishing a report about Colin Kaepernick that also contained inaccuracies.

On Sunday morning, CBS touted an exclusive as La Canfora having a sit down interview with Kaepernick. They billed it that way both on Twitter and when introducing La Canfora to speak.

After sitting down with Colin Kaepernick for several hours, @JasonLaCanfora says the QB is still actively trying to play in the NFL. pic.twitter.com/R9qTIZ7EQl

“He’s not planning on kneeling … he’s planning on standing for the anthem if given the opportunity,” La Canfora reported.

The reports that Colin will stand for the anthem are completely false! He has never discussed this with anyone. pic.twitter.com/tWusUBJMeF

A lie gets halfway around the world before the truth has a chance to get its pants on.

TV host Charlamagne Tha God then said on Instagram that La Canfora didn’t even have an exclusive interview with Kaepernick and only bumped into him randomly at a hotel.

“Everybody simmer down. We live in a strange world. 1) Colin never spoke to CBS, 2)This reporter Jason Lancafora didn’t do an interview with Colin he randomly bumped into him in a hotel lobby, 3) Jason Lancafora said in these tweets he didn’t even have a convo with Kaep about kneeling so how in the hell is everybody running with a story about Kaep not kneeling and Kaep never said that??? FAKE NEWS. “Believe only half of what you see and nothing that you hear especially if it’s on the internet,” he wrote on Instagram.

So where did La Canfora get that information? He had to clarify that he was repeating a previous report (from March by Adam Schefter) that said Kaepernick would stand this season.

Wanted to clarify one thing regarding @Kaepernick7. When I was asked about his whether or not he would sit or stand for anthem …

Standing for Anthem wasn't something that I spoke to Colin about sat. I relayed what had been reported about him standing in the future…

Reports about @Kaepernick7 standing for anthem had not been refuted. However, I cant say if they are true or not. Colin and I didn't discuss

Colin would have to address any future demonstrations. I didn't ask him if he would sit or stand. Our chat primarily about his will to play Jason Whitlock sparked some outrage on Tuesday for mocking Colin Kaepernick, and he even drew the ire of one of his co-workers.

Whitlock, a host for FS1, has long been outspoken against Kaepernick, even recently calling the free agent quarterback an “attention whore.”

On Tuesday, Whitlock tweeted an image that shows him with a white person dressed to mock Kaepernick. The person was wearing a Kaepernick jersey, afro wig, black glove and held up his fist like the Black Panther salute.

Great to have Kap stop by the studio today. pic.twitter.com/2UPuyCdWdK

The image was immediately criticized by many, including Whitlock’s FS1 co-worker, Shannon Sharpe. Sharpe called it “unacceptable.”

I'm going to address it with head of Fox sports/FS1 . This is UNACCEPTABLE https://t.co/YNzHmSoD5l

Sharpe wasn’t the only one upset with Whitlock seemingly making a mockery of Kaepernick. Many others on Twitter were incensed by Whitlock’s gag.

END_OF_DOCUMENT_TOKEN_TO_BE_REPLACED 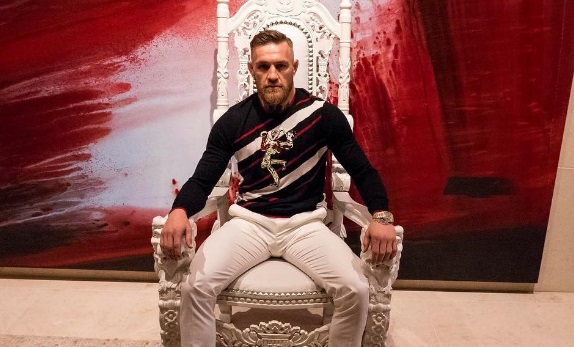 Though Conor McGregor lost to Floyd Mayweather Jr. by 10th-round TKO on Saturday night in Las Vegas, most believe the MMA fighter gave a respectable performance in the ring against one of the best boxers of all time. But if you had read the New York Times’ live blog account of the fight, you would have thought McGregor lost in much more convincing fashion compared to what actually happened.

McGregor came out throwing punches and won the first few rounds of the bout by most accounts. After several rounds, the UFC champ began losing steam and was picked apart by the more experienced, more accomplished Mayweather.

The fight was stopped in the 10th after Mayweather was peppering McGregor with punches, while the Irishman was hardly able to defend himself — a sound reason for the referee to step in and end the fight.

But in their “Highlights from every Round” piece on the fight, the New York Times’ John Eligon and Victor Mather oddly exaggerated what happened, leading them to eventually make corrections to their piece.

Their original version of the article said McGregor’s face was “completely bloodied” just before the stoppage — which was completely false. They also said McGregor “was about to fall through the ropes,” which also was an inaccurate account of what happened.

This screenshot shows both the original and corrected versions of the story:

The FAKE @nytimes changed their article. No disclosure that the article was altered. FAKE pic.twitter.com/2Y52ghJ9BA

Even in their correction, the Times omitted that they changed the part about McGregor being close to falling through the ropes, only noting their fix about him being bloodied.

Commentary and analysis like that makes one wonder what fight their writers were even watching, and it does a disservice to McGregor, who was much more competitive in the fight than the Times’ account would have you believe.

As if the Los Angeles Lakers being accused of tampering with Paul George wasn’t strange enough, now the story has taken a rather bizarre turn.

Veteran NBA writer Peter Vecsey, who was the first one to break the news that the Indiana Pacers were filing tampering charges against the Lakers, tweeted an insult at Lakers president of basketball operations Magic Johnson on Sunday in response to a six-year old tweet that Johnson had sent about him.

Is Peter Vecsey still on TV? That's right, no, because he wasn't very good.

Clearly, words from someone dumber than a stump!!!

To be fair, Vecsey sent the tweet well after breaking the story, presumably after it was brought to his attention by another Twitter user. But it’s still a pretty bad look for a journalist, especially in the interest of seeming unbiased. Vecsey’s hostility towards Johnson also appears to date back several years.