Conor McGregor against Cowboy Cerrone turned out to be the mismatch many believed it was.

McGregor destroyed Cerrone in 40 seconds to win via TKO at UFC 246 in Las Vegas on Saturday night. He caught Cerrone with a kick that stunned his opponent and then followed up with a big knee and a few punches that sent Cerrone into the cage. From there, McGregor overwhelmed Cerrone with multiple punches.

Cerrone ended up on the mat, and it was only a matter of time before referee Herb Dean stepped in to stop the fight. Feeling Cerrone could no longer defend himself, Dean stopped the fight after 40 seconds, giving McGregor the win.

The attendance at T-Mobile Arena was over 19,000, and the gate was over $11 million, ranking it as the fourth-largest in UFC history. McGregor took home a Performance of the Night bonus for his effort.

The UFC seems eager to set up a McGregor vs. Jorge Masvidal fight at some point in the future. The main event between Josh Barnett and Ronny Markes for Friday night’s Bellator fight card in Hawaii was cancelled after the Hawaii State Boxing Commission determined Barnette was too ill to compete.

Bellator president Scott Coker announced via Twitter that Barnett had not been cleared to fight due to “severe illness.” Toby Misech and Erik Perez became the new main event on the Salute to the Troops card in Honolulu.

On the advice of the Hawaii State Boxing Commission, tonight’s main event bout between Josh Barnett and Ronny Markes has been cancelled. Barnett has not been cleared tonight due to severe illness.

According to Coker, Barnett could not stand up in the back and was throwing up.

Barnett signed with Bellator this year and was set to make his debut for the promotion, but that has now been put on hold. Alistair Overeem lost to Jair Rozenstruik in the final seconds of their fight on Saturday night in Washington D.C., and it was an ugly knockout for Overeem.

Overeem took a big right hand to the grill from Jair and went down. The fight was waved off with four seconds left in what otherwise looked like a victory for Overeem.

Those watching could see Overeem’s top lip split after taking the punch. It was totally nasty.

Here is the video, but beware:

You can see his lip completely fly off from that Jairzinho Rozenstruik just woke everyone up.

I feel bad for anyone that bet Overeem winning. #UFCDC pic.twitter.com/e7rDmTiMBb

Rozenstruik is now 10-0 in his pro MMA career and has gone 4-0 in the UFC this year.

Many fight fans were ticked off that the Nate Diaz-Jorge Masvidal main event at UFC 244 at Madison Square Garden in New York on Saturday night was stopped after the third round due to a doctor’s decision. Many, including Diaz, believed the fighter could continue, but the cageside doctor decided otherwise.

UFC boss Dana White said on ESPN after the fight that while he originally was upset with the stoppage, he later changed his mind after seeing what Diaz looked like in the locker room.

“Cuts that big are always a problem. When it first got stopped, I was like ‘you guys didn’t stop the Tyson Fury fight.’ But then as I went back and talked with Nate Diaz and looked at Nate Diaz’s face, the guy’s eyebrow was like this (White motions his finger in front of his eyeball), and he had another cut right underneath it. Fight probably should have been stopped. Could Nate Diaz keep going? Yes, that’s why we love Nate Diaz. But it probably should have been (stopped),” White said.

The reaction from fans generally is heated at first — for understandable reasons. They wanted to see a full fight and felt they got robbed. But when you consider that they’re protecting the fighter, the responsible call was made. Plus, both Masvidal and Diaz seem like they want a rematch anyway, where hopefully there won’t be a stoppage.

President Donald Trump’s appearance at UFC 244 included boos from fans inside Madison Square Garden as well as protests outside the arena.

Prior to Trump arriving for the event, fans showed up outside of Madison Square Garden holding signs and chanting in protest.

Donald Trump just arrived to protests in NYC at @TheGarden– check out the signs he saw on the way in: #ImpeachAndRemove https://t.co/NGgnZmhHeC pic.twitter.com/vKhhcMSVx4

Once Trump made his way inside, boos accompanied his entrance.

That sound you hear is @realDonaldTrump getting booed at #UFC244 pic.twitter.com/oklkQzGMpk

President Trump getting massively booed as he entered the Garden for #UFC244 pic.twitter.com/ZwmSxlQ4uL

President Trump also received a cold reception when he attended Game 5 of the World Series between the Washington Nationals and Houston Astros. 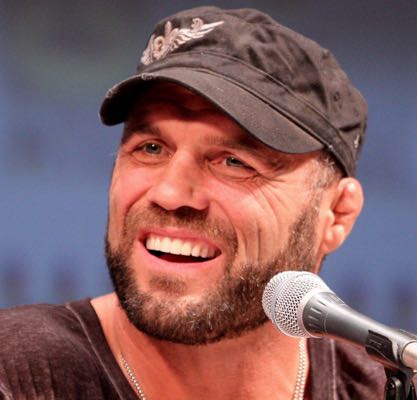 Couture, 56, walked himself to a local hospital following a workout at Jay Glazer’s Unbreakable MMA gym in Los Angeles after recognizing that something was off. He was immediately admitted and began treatment.

Although the three-time UFC heavyweight champion currently resides intensive care, the good news is that Couture is expected to make a full recovery.

Couture sports a professional MMA record of 19-11, last fighting at the age of 46 in a KO loss to Lyoto Machida at UFC 129. And while he went out on a down note, Couture has victories over the likes of Chuck Liddell, Tito Ortiz, Vitor Belfort and Mark Coleman on his resume.

Following his MMA career, Couture has regularly appeared in movies (The Expendables 1, 2 & 3) and on television (The Unit, Hawaii 5-0, Ballers and Dancing with the Stars).