Novak Djokovic was upset with himself for losing a second set tiebreaker to Roger Federer in the Wimbledon finals on Sunday and took out his frustration by ripping his shirt and yelling at himself.

After blowing the second set, Djoker tore his shirt, though he didn’t make it the full way with the rip job:

When you try to go Hulkamania on your T-Shirt and then you remember you don't even lift https://t.co/IkS3oXUs02

Couldn’t he have just taken it out on a bunch of rackets like this guy?

Djokovic also yelled at himself for a good 5-10 seconds, too.

Djokovic had multiple opportunities to win the set and blew it. He was up 5-4 and had a break point yet let Federer win the game. Then in the tiebreaker, he was up 6-3 and then 10-9 and still couldn’t close it out. That was his chance to go up two sets to none, but instead, he let Federer tie it. 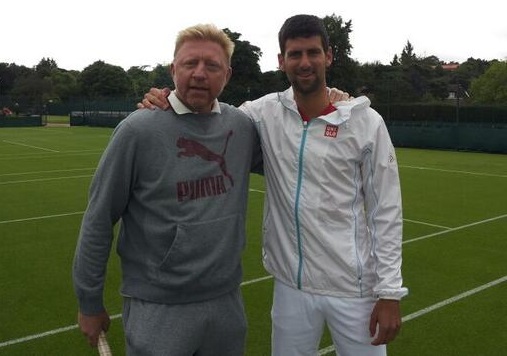