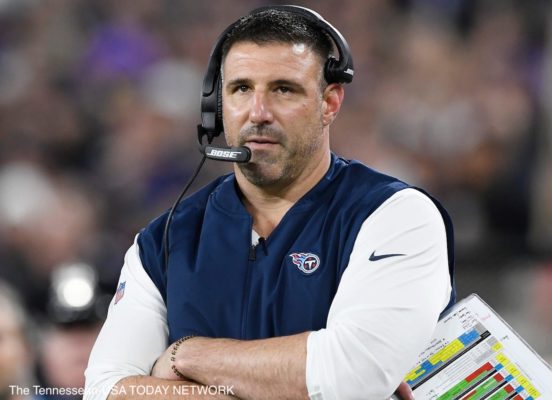 Mike Vrabel got in on the Michigan bashing with a funny tweet on Friday night.

Vrabel, the current Tennessee Titans head coach and a former Ohio State star linebacker, responded to a tweet from one of his Titans players, Taylor Lewan.

Lewan, a former Michigan Wolverine, took a shot at Cincinnati after the Bearcats lost 27-6 to Alabama in the first semifinal game of the College Football Playoff on Friday. Lewan said that Cincinnati was a “sacrificial lamb” for the non-power 5 schools.

Cincinnati had to be the sacrificial Lamb for the non power 5 schools. Now we know.

That was a jab at Michigan, which lost by an even greater margin, falling 34-11 to Georgia.