Good news Cowboys fans: your star receiver may have just what you need to to win the Super Bowl. Miles Austin broke up with Kim Kardashian, according to a report from Radar Online. Apparently Kim K and Miles split up about a week ago and they’re taking some time apart. Kardashian was spotted in Europe which helps confirm the split because she’s known to take trips after breaking up with guys.

Miles on the other hand, is preparing for his home game against the Bears on Sunday. For all we know, this could have happened prior to Dallas’ season opener given Miles’ success; he had 10 catches for 146 yards and a touchdown in the loss. Now some Cowboys fans may be celebrating for the wrong reason. Some fans may have confused the Kim Kardashian effect with the Jessica Simpson effect.

According to teammates, Simpson was a distraction for Tony Romo and he never won when she was around, hence the celebration over the breakup. And if you don’t know what the Kardashian effect is, well, then I’ll leave it to Ty Lawson to explain.

Jay Cutler Does Something Right

Although he did little outside of breaking the hearts of Bears fans last season as their starting quarterback, it appears Jay Cutler may have something to brag about.  If Perez Hilton’s sources are well-informed and Jay Cutler is dating Kristin Cavallari, she’s just been transformed into one of Steve’s smokin’ hot sports girlfriends.

We can only assume Cavallari is not much of a football fan, and certainly not a Chicago Bears fan.  Otherwise, there really would be nothing to like after last season’s performance.  Who knows, maybe he’ll turn it around in his second season.  He’s still not worth $100 million, but I have no other choice than to give him a pat on the back if these rumors hold true.

Source:
Kristin Cavallari and Jay Cutler May Be Dating zOMFG! [The Big Lead via Perez Hilton]

Aren’t private helicopter rides expensive? I hope this athlete-celebrity couple could afford to eat the next day after putting up that kind of money. Cameron Diaz and Alex Rodriguez supposedly attended C.C. Sabathia’s 30th birthday bash at Jay Z’s club on Sunday evening and tried to keep their distance from each other. The couple of three-or-so months was of course trying not to appease the paparazzi, but they were spotted later boarding a helicopter at a helipad in Hell’s Kitchen. Nice country, America. Here’s some pictures of A-Rod and Cameron Diaz before their helicopter ride, courtesy of Just Jared via The Big Lead:

As we all know, Tony Romo has had his fair share of high-profile, great-looking girlfriends.  That means he has taken them on plenty of dates, as any decent boyfriend who’s worth millions of dollars should.  However, he doesn’t stop there.  Romo must really like his latest girlfriend and supposed fiancee, Candice Crawford.  Why do I say that you ask?  Because the person he’s bro’ing out with at Six Flags in the pictures above is her brother, Chace Crawford.  This one must be serious if he and his better half’s siblings are going on man dates.

Way to go, Tony.  You’re in.  I don’t ever remember seeing Romo and the brothers of Carrie Underwood, Jessica Simpson, or Sophia Bush (if they have any) tearing it up at Six Flags.  As usual, we’ll leave you with a few pictures to remind you of Tony Romo’s lineup in case you’ve forgotten (a.k.a like looking at his current and ex-girlfriends as much as we do): 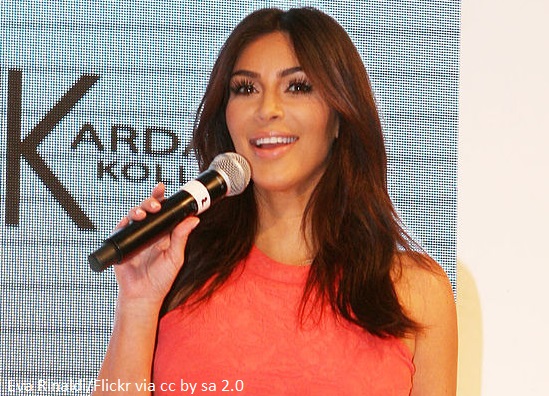 By now we all know that Reggie Bush and Kim Kardashian are no more.  However, she apparently has enjoyed the NFL life enough that she wants to remain connected.  According to Sports by Brooks, the National Enquirer has a story that has not yet hit the internet which reveals that Kardashian could be dating Dallas Cowboys receiver Miles Austin.  The report claims she invited Austin to Game 6 of the NBA Finals on Tuesday night and, although they didn’t sit together, the two later had dinner together at a restaurant in LA.  Here’s an excerpt from the Enquirer, courtesy of Sports by Brooks:

Kim’s carving out more time in her schedule to be with Miles, and she’s telling those close to her that he’s ‘the one.’ Her mom, Kris, is hoping Miles is the right guy as well. Kim turns 30 in October, and her mother is pushing for her to get married and start a family before too long.”

Get out while you can, Miles.  This family loves the concept of marriage and loves rushing into it.  Kim and Reggie had talked about marriage a couple of times before, and look how that ended up.  Unless she was cheating on Bush for quite some time, she and Austin can’t have been dating for more than a couple months at most.  They probably need some new cast members for their obnoxious show.  Hey, at least the Cowboys receiver can rest assured that Giants, Eagles, and Redskins fans won’t be chanting “ugly sister” at him when he’s playing on the road.

In case you couldn’t have predicted, that post title is what we like to call sarcasm.  Tom Brady and Gisele Bundchen are pooling their millions and setting up shop on the West Coast, in Brentwood, CA.  The married couple’s new home, which is estimated in the $20 million price range — not including the $11 million they paid for the lot — is going to be a 22,000 foot mansion (understatement) with 8 bedrooms, a covered bridge, six-car garage, and lagoon-shaped swimming pool.  Take a look at some of the pictures of Tom Brady and Gisele’s mansion, courtesy of New York Daily News.

For the past three years, one of the NFL’s power couples have been Reggie Bush and Kim Kardashian. Though most of the talk two years ago had to do with Kardashian planning on marriage, the couple has hit a rocky road recently. Kim K’s schedule has apparently been busy due in large part to the taping of her popular TV show — Keeping Up with the Kardashians — while Reggie is out of town frequently because he plays for the Saints in New Orleans. Then there was the whole mess where Miami chick Carmen Ortega said she and Reggie were messing around. The latest reported issues between Bush and Kardashian comes courtesy of Radar Online:

The high-profile couple split temporarily last week, as Kardashian flew to Miami to shoot her sister’s reality television show, while Bush spent time in New York, shooting a calendar. But sources say the separation could be more serious.
…
Bush was spotted at hip New York City nightspot 1Oak, at Robin Thicke’s 33rd birthday party where “he was flirting up a storm,” according to an onlooker. He spent the majority of the night with an unknown brunette and talked for an hour straight, said the source.

Uh oh, Reggie’s been chatting up another chick! Alert the gossip rags! It seems more and more that their relationship is nothing other than for show. Then again, aren’t most celebrity couples just that? It would probably do Bush’s psyche well to be done with Kim so his dating life wouldn’t be public business. While being with Kardashian raises Bush’s profile off-the-field, the dude is still one of the most popular faces of the NFL and he’s making $8 million from the Saints. Unlike Khloe’s wifey, Bush doesn’t need a Kardashian to be popular. He shouldn’t sweat it.