The Detroit Lions lost in a fashion typical of their franchise. They blew a 20-0 lead against the Green Bay Packers Thursday night and lost 27-23 on a Hail Mary with no time left. The only reason Green Bay had a play was because the Lions committed a face mask penalty the play before.

After Aaron Rodgers completed the 61-yard Hail Mary to Richard Rodgers to win the game, Calvin Johnson had the most heartbreaking reaction of all. The dude melted:

END_OF_DOCUMENT_TOKEN_TO_BE_REPLACED

The Lions organizational housecleaning may involve Calvin Johnson, according to a new report.

In ESPN’s Six Points, Chris Mortensen says that the Lions may part ways with Johnson as part of a restructuring of the roster. He even says that Johnson may be more likely to move on than Matthew Stafford is.

Mortensen reasons that the star receiver is expensive, will be 31 next year, and has dealt with a number of injuries recently, and his on-field performance has diminished some as a result. He believes the Lions could dump Johnson, take the $8 million cap hit, and pursue someone like Alshon Jeffrey in free agency.

Mortensen calls the recent speculation surrounding Stafford “laughable,” citing a poll of seven NFL coaches and personnel men who unanimously felt that getting rid of Stafford would be foolish. He is still only 27, and with no obvious upgrades coming in free agency or the draft, Mortensen reasons the Lions should keep him, despite recent reports that the quarterback may not be back with the Lions in 2016.

Mortensen doesn’t rule out the Lions keeping both, but given cap restraints and recent mismanagement, he believes if anyone goes, it should be Johnson. Calvin Johnson could probably count on one hand the number of times he has been cleaned out by a defensive back during his career, but he certainly has to include Kam Chancellor on that list after what the Seattle Seahawks safety did to him Monday night.

Chancellor, who was playing in his second game since ending his holdout, laid a textbook hit on Johnson after the Detroit Lions star caught a pass over the middle of the field.

How much did the Seahawks miss this guy? In addition to punishing Johnson on that play, Chancellor later stripped Megatron at the goal line on what turned out to be the game-winning play. It was also one of the most controversial plays of the year, and you can see why here. Here’s what the hit looked like in real time: 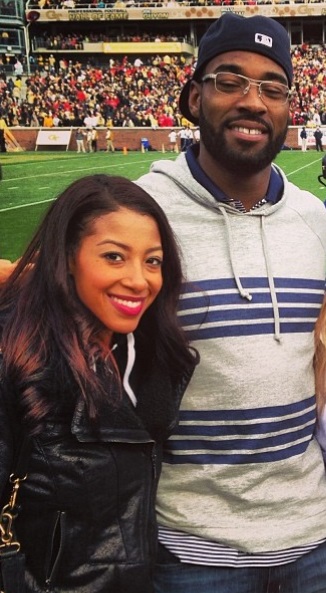 Congratulations are in order for Calvin Johnson, who got engaged this week to girlfriend Brittney McNorton.

Johnson was in Baltimore to attend the Ed Block Courage Awards and decided to propose to McNorton. McNorton, who is a Detroit Lions employee, told The Baltimore Sun that Calvin proposed to her while they were walking along Baltimore’s Inner Harbor.

“The situation was just right, just happened to be right, we were on vacation, so why not?” Megatron said of his proposal.

McNorton is a former Fox Sports Detroit girl who began working for the Lions in 2008, Megatron’s second season in the league. She became known on the internet last year after threatening to “molly wop” Johnson’s baby mama.

Unions are the trend among the Lions. Not only did Calvin and Brittney get engaged, but Matt Stafford and fiancee Kelly Hall are set to get married in two weeks. Detroit Lions fans feel that they have been completely robbed of their first playoff win in over 20 years, and rightfully so. The pass interference flag that was thrown in the fourth quarter against the Dallas Cowboys should have never been picked up. That said, the no-call wasn’t the only reason Detroit lost.

As Golden Tate said after the game, the Lions should have never put themselves in that position. Not only that, but Matthew Stafford may have made a bad read on the controversial 3rd-and-1 play and missed a wide-open Calvin Johnson.

If Stafford had only thrown to the open receiver on the third down play. Yes, S over top but that's open pic.twitter.com/TlK2rucs9R

There was safety help on Johnson (as you can see form the photo at the top), but there’s no way the safety would have closed the gap quickly enough to break up the pass. Megatron had plenty of separation from his defender and no one in front of him.

Rather than throwing to Johnson, Stafford locked onto Brandon Pettigrew. Cowboys linebacker Anthony Hitchens had tight coverage on Pettigrew whether he committed a penalty or not. It sure looks like Stafford could have hooked up with Megatron for an easy completion.

Again, the flag should have never been picked up. You can watch the play here and see for yourself that Hitchens could have easily been penalized. But if Stafford simply threw to the open man, there would be no controversy.

Calvin Johnson: This is Lions’ best chance to win a Super Bowl The Detroit Lions took a small step in the right direction last season, but they were ultimately a dissappointment once again. The Lions are just 11-21 since ending their 11-year playoff drought back in 2011. Just when Detroit fans thought their team might be turning a corner, the Lions reverted to their old ways. Calvin Johnson feels the 2014 season will be different.

After practice on Tuesday, Megatron said he believes this season represents Detroit’s “best chance” to win a championship.

“I honestly believe that,” Johnson said, via Dave Birkett of The Detroit Free Press. “And you’ve got to buy in. You’ve got to buy into the coaches’ philosophy, and we have. I believe that everybody is doing exactly what the coaches want us to do, and if we’re not, if something is not like he wants it, he’s going to tell us and we’re going to get better at it and he only has to tell us one time.”

There’s no question the Lions have enough talent to be a serious contender. Their offense is loaded with big names like Megatron, Matthew Stafford, Reggie Bush and now Golden Tate. A front seven led by Ndamukong Suh should dominate, though it has not been that simple in past seasons.

While Lions coach Jim Caldwell said he also believes his team has the foundation needed to win a Lombardi Trophy, Stafford seemed a bit more reserved.

“I think we’re a talented football team, but there’s a long way to go,” Stafford said. “This is practice No. 2 for Week 1. Obviously, we’re a confident bunch. We’re confident in our abilities and our schemes, confident in each other. But at the same time we got to go out there and execute. We got to get better week to week, we got to get hot and go and see what happens. But on paper we’re as talented as anybody in the league, in my opinion.”

The NFC North, led by the Green Bay Packers and Chicago Bears, should be a very difficult division this season. The key for the Lions will be getting off to a good start and proving they are not going to be the same disaster that they have been for the better part of two years. 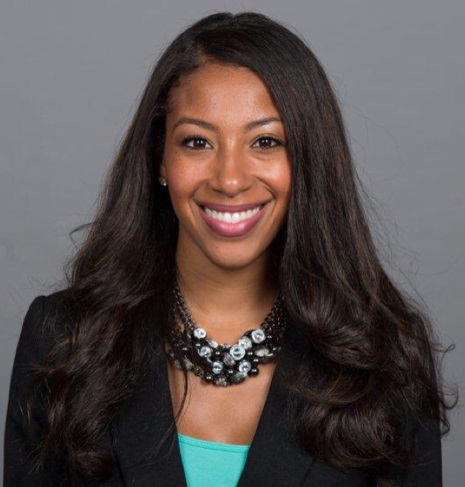 Calvin Johnson found himself in the middle of some baby mama drama after his current girlfriend allegedly threatened the mother of his child, Shallyn Blanton.

Blanton said Johnson violated their shared custody agreement by bringing his current girlfriend, Brittney McNorton, around their child (specifically to a meeting to pick up their child). Given that their child is only six months old, the relationship between Calvin and Blanton could not have ended too long ago.

Anyway, you probably wanted some more info on Megatron’s girlfriend, so we have that for you. As Del pointed out in his previous post, McNorton works for the Lions and is the “Manager of Partnership Activation,” whatever that means. She began working as an intern with the Lions in 2008, which is shortly after she graduated from Michigan State. McNorton also is a former Fox Sports Detroit girl.

Below is a photo McNorton took with Johnson when the two were at the Georgia-Georgia Tech football game last fall along with Matt Stafford and the quarterback’s fiancee: