The Carrier Classic between North Carolina and Michigan State Friday night was one of the coolest sports events I’ve ever seen. The game took place on the USS Carl Vinson, a Naval Aircraft Carrier, in San Diego. It was easily the most awesome sports venue I’ve witnessed. But as sweet as playing on a ship was, many people believe Barack Obama’s bad ass leather bomber jacket was even cooler.

Here’s another look at his sweet jacket:

END_OF_DOCUMENT_TOKEN_TO_BE_REPLACED 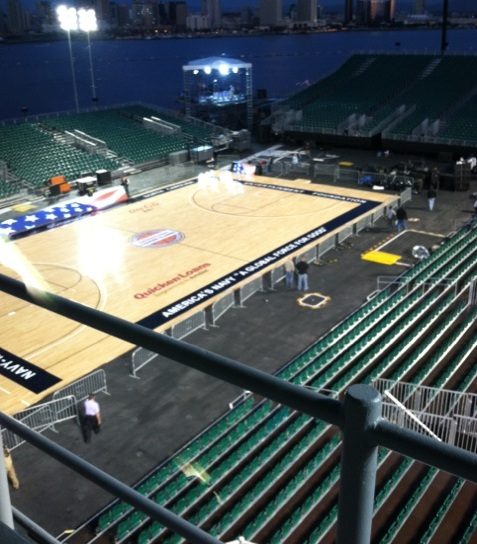 The USS Carl Vinson, a U.S. Navy Aircraft Carrier, will host a college basketball game between Michigan State and North Carolina Friday. Many people wondered what a basketball court on an aircraft would look like, and now we have our answer. North Carolina point guard Kendall Marshall tweeted a picture of the court, and I have to say, it looks pretty awesome. Keep in mind this is the same vessel that reportedly dumped Osama bin Laden’s body into the ocean.

Here’s a time lapse video showing the construction of the court: