Charles Barkley has blunt answer to question about Sacramento Kings

Charles Barkley had a blunt answer to a question about the Sacramento Kings on Wednesday.

Barkley was interviewed by ABC10 in Sacramento’s Sean Cunningham. Cunningham asked whether Barkley was encouraged about the Kings’ future. Barkley said no and explained why.

The TNT analyst complimented the Kings’ fanbase for being passionate, but he said the team should already be good.

The aforementioned reply from Charles Barkley, who actually responded "I do not", when I asked if he saw anything to be encouraged about with the Sacramento Kings. pic.twitter.com/apJ8rkRn1t

It’s been 15 years since the Kings made the postseason. They were a really strong team before that with Chris Webber, Peja Stojakovic, Bobby Jackson, Mike Bibby and some of their other top players. But they have just failed to rebuild since then.

They took a step forward a few seasons ago when they went 39-43, but they fired Dave Joerger. They have gone backwards since then with consecutive 31-41 seasons. The Kings need to turn things around finally. But Barkley is justified for not having faith in them to do so. A comedian’s tremendous Charles Barkley impression went viral and even made its way onto TNT.

Danny Rouhier, who is a co-host with Grant Paulsen on 106.7 The Fan in Washington D.C., posted a great video on Twitter Thursday. He did an impression of Barkley breaking down the first half of the Nuggets-Blazers game.

The impression was fantastic, and the best part was the way he kept butchering names.

Rouhier’s impression was even played on TNT Saturday night:

This Chuck impression is spot on

In extremely fitting fashion, Chuck of course butchered Rouhier’s name after the bit ended. That was fantastic.

Charles Barkley is known for some of his biting analysis, but he whiffed with his commentary regarding Anthony Davis.

Davis seems like he is dealing with one injury or another on a regular basis, so Barkley isn’t exactly off base. And Barkley is no stranger to making jokes at players’ expenses, so this isn’t new.

But where Barkley went wrong came with his commentary at halftime of Game 6 between the Lakers and Phoenix Suns in their first-round playoff series.

Davis, who missed Game 5 of the series due to a groin injury, tried to play in Game 6 with his Lakers facing elimination. It didn’t go well. Davis was hardly able to move well, clearly did not belong in the game, and only lasted five minutes before exiting.

Commentary like Barkley’s may have made Davis feel pressure to play through an injury when he really had no business playing. But then at halftime, Barkley put the blame on the Lakers’ medical staff for clearing Davis to play.

Given the way he mocked Davis, maybe Barkley should have praised Davis for trying to play.

Charles Barkley shares what NBA rule he would change

Charles Barkley has one heck of an idea for an NBA rule he would change.

Barkley was talking on TNT Wednesday in response to the Russell Westbrook fan popcorn incident. Barkley said it would be great if players were allowed to beat up fans who cross the line.

“What NBA rule I would change … I think you should be able to go up in the stands and beat the he– out of one person per game,” Barkley said, jokingly.

“So you don’t think that guy deserves to get his a– beat right at center court?” Barkley asked, rhetorically.

Barkley is a people person who loves the fans, but he also had a history of not holding back when pushed to his limit. Barkley has had negative interactions with fans, including when he punched one and tried to spit on another. He can relate to Westbrook’s position better than most. He may be joking about his idea, but his comment makes clear how some players feel about bad fan behavior.

LeBron James violated the NBA’s health and safety protocols last week when he attended a promotional event for a tequila brand in which he has invested. The incident initially called into question his availability for Game 1 of the Los Angeles Lakers’ first-round playoff series against the Phoenix Suns, but Charles Barkley was never concerned about that.

Barkley was asked during an interview with LaJethro Jenkins last week if he believed there was a chance LeBron would be forced to sit out Sunday’s game. Barkley laughed and said there is no way that would happen.

Barkley, of course, was right. LeBron played and scored 18 points in his team’s 99-90 loss to the Suns.

An NBA spokesperson confirmed to ESPN’s Dave McMenamin on Friday night that LeBron had violated the league’s health and safety protocols. The spokesperson said the issue was addressed with the Lakers and that it was in line with “comparable instances around the league.”

Attendees of the tequila event were supposed to either produce proof that they have received the COVID-19 vaccine or had a recent negative COVID-19 test. James has declined to say whether he has gotten the vaccine or intends to get it.

We can’t say whether LeBron received special treatment, but we know other players have been more heavily scrutinized for violating COVID-19 protocols than he was. 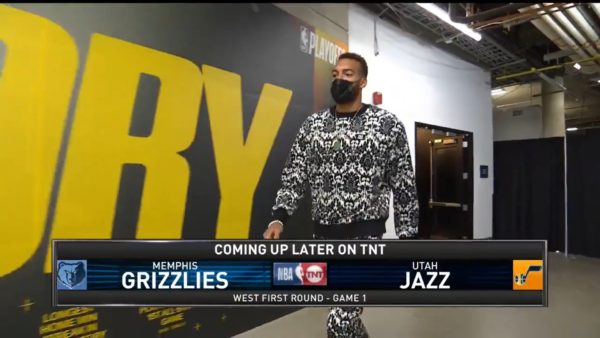 Charles Barkley has never shied away from making bold predictions, and the Hall of Famer looks pretty good now after one of the ones he made at the start of the 2020-21 season.

During TNT’s NBA tip-off show back in December, Barkley decided to go out on a limb and guarantee that two of the Eastern Conference’s worst teams last season — the Atlanta Hawks and Washington Wizards — would make the playoffs this year.

“The Hawks and the Wizards are going to make the playoffs, guaranteed,” Barkley said, via Matt Weyrich of NBCSports.com.

The Wizards, of course, had just acquired Russell Westbrook in a trade with the Houston Rockets. They finished ninth in the East last season without Westbrook, so that prediction wasn’t all that wild. It was more bold of Barkley to express confidence in the Hawks, who won just 20 games last year and finished 14th in the East.

The Hawks had a huge turnaround this year and finished 41-31, which secured the No. 5 seed in the East. Washington went 34-38 and will travel to Boston as the No. 8 seed to face the No. 7 seed Celtics in a play-in game.

We have to give Chuck credit there. He has also made a somewhat surprising prediction about which team will win the East, so time will tell if he stays hot.