The Phoenix Suns fell to the Milwaukee Bucks in Game 5 of the NBA Finals Saturday, with a key moment coming when the Suns couldn’t rebound off a Giannis Antetokounmpo missed free throw late in the fourth quarter. That moment frustrated Chris Paul, who took a shot at Antetokounmpo’s free throw shooting in the process.

With 13.5 seconds left in the fourth quarter, Antetokounmpo missed a free throw that would have put the Bucks up by four. However, he missed so badly that he was able to get his own offensive rebound, which led to a Khris Middleton made free throw that essentially iced the game.

Paul was critical of his team for failing to grab the rebound, and he used that criticism to jab at Antetokounmpo, too.

Chris Paul said they have to be better on the rebounds they couldn’t gather from the missed free throws by Giannis Antetokounmpo: “Everybody is anticipating him to miss, even him.”

Giannis went 4-for-11 from the line in Game 5. It’s been an issue for him all playoffs, especially on the road, where fans have taken to taunting him over his perceived skirting of the ten second clock.

The fact is, Giannis sometimes misses so badly that it can be unpredictable where the rebound is actually going to go. That factor victimized the Suns on Saturday, so it’s no wonder Paul is frustrated. 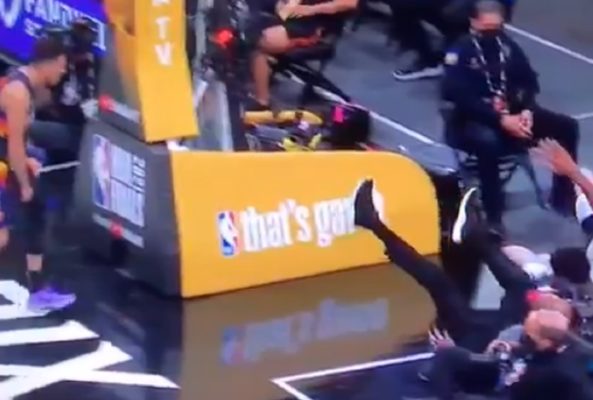