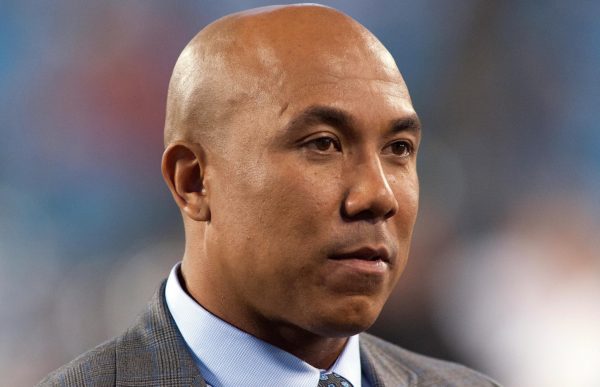 Rumors have persisted that David Culley might be a one-and-done head coach with the Houston Texans. The organization, however, appears to feel otherwise.

The Texans plan to bring back Culley for a second season as head coach, according to Jeff Howe of The Athletic. That decision is expected to be finalized prior to the team’s final game of the season.

Culley took over an incredibly difficult situation in Houston. The Texans dropped to 4-12 on Sunday after a loss to the San Francisco 49ers, but not much of that can be pinned on the 66-year-old head coach. The roster is simply devoid of talent, particularly after quarterback Deshaun Watson was essentially benched following an offseason trade demand and multiple sexual misconduct allegations. Culley has apparently won the respect of those within the organizations for how he has managed such a miserable situation.

The Texans have been historically awful throughout the season. There probably isn’t a coach in the league right now that could have salvaged much of anything from this season, and Houston’s management appears to know that. Houston Texans safety Jonathan Owens recorded the first interception of his career on Sunday, and his girlfriend Simone Biles was in attendance to see it live.

Owens intercepted a Justin Herbert pass late in the second quarter of Houston’s game against the Los Angeles Chargers. Biles, who has been dating Owens for over a year, was shown in the stands at NRG Stadium celebrating the big play.

.@Simone_Biles at NRG Stadium, getting to see her boyfriend, #Texans safety Jonathan Owens (@jjowens_3), get his first-career interception. pic.twitter.com/jHmZl28Vei

You can see the interception below:

Owens was elevated from Houston’s practice squad earlier this month. He made his first NFL start against the Jacksonville Jaguars last week, and Biles supported him then as well.

Biles, 24, is a four-time Olympic gold medalist. She entered the 2020 Summer Olympics as the favorite to win gold medals in multiple gymnastics events, just as she had done at the 2016 Olympics in Rio. Instead, she ended up with two medals, and withdrawing from four competitions, citing mental health issues.

Congratulations are in order for the Houston Texans for achieving a level of atrociousness that few in the sports world ever have.

The Texans were officially eliminated from playoff contention on Sunday with a blowout 31-0 loss to the Indianapolis Colts at home. It was an ugly showing all around, especially from the offense. Quarterback Tyrod Taylor got benched in the third quarter, Brandin Cooks was the only Houston wide receiver with a catch (recording a whopping three of them), and the team averaged a dismal 2.8 yards per play overall.

John McClain of the Houston Chronicle shared that the Texans now found themselves ranked 32nd in the league in rushing, 32nd in passing, and 32nd in total offense after the game. The reverse Triple Crown!

The Texans entered the week already ranked 32nd in both rushing and total offense. They were holding strong though at 31st in passing over the Chicago Bears. But the Bears produced 229 yards through the air on Sunday to overtake the Texans, who managed just 94 in their game.

It has been the season from hell for Houston. At 2-10, the Texans are now just barely ahead of the 1-10-1 Detroit Lions for the worst record in the NFL. On the bright side though, head coach David Culley probably doesn’t care about any of their embarrassing statistics.