The massive James Harden trade to the Brooklyn Nets became much larger than involving two teams and one player.

In the end, four teams, seven players, six draft picks, and four pick swaps were involved in the trade.

Here is a look at what each team received in the end.

The Nets are the big winners because they get the MVP to pair with another MVP … and Kyrie Irving, if he ever decides to play again.

The Rockets were in a tough spot because Harden was forcing their hand. Although they get a lot of goodies on paper, you have to question what it will amount to. Oladipo could be gone after the season. The first-round picks from the Nets and Bucks will most likely be late in the draft, and least for the next few years, which would also make the pick swap rights useless. The Rockets could end up with very little to show for Harden in a few years. The Boston Celtics ended up letting Gordon Hayward leave and sign with the Charlotte Hornets, but there may have been some more complications to the situation.

However, it sounds like something else came in the way.

On an episode of “The Lowe Post” published on Monday, Zach Lowe said he believes things fell through because the Celtics did not want Turner.

“Talking to people and reading the tea leaves as best as I could, I think it just comes down to the Celtics didn’t want Myles Turner,” Lowe said about 23-24 minutes into the episode.

Lowe says the Celtics did some research about what kind of trade value Turner would have, and they didn’t like what they saw. That’s why they walked away from a possible sign-and-trade with Indiana, which cleared the way for Hayward to sign with the Hornets the next day.

Turner signed a four-year, $80 million contract extension with the Pacers in late 2018. He’s making $18 million for each of the next three years as part of the deal, and that apparently wasn’t attractive to the Celtics. The 24-year-old center averaged 12.1 points, 6.6 rebounds and 2.1 blocks per game last season. He led the league with 2.7 blocks per game two seasons ago and was miffed over an All-Defense snub.

Gordon Hayward appears to know where he wants to go in free agency.

According to Shams Charania of The Athletic, Hayward is “fully focused” on joining the Indiana Pacers in free agency. The veteran forward was born in Indianapolis and played college basketball at nearby Butler.

Gary Washburn of the Boston Globe reported that the Celtics are aware of Hayward’s desire to join the Pacers and are engaged in sign-and-trade negotiations with Indiana. That deal would involve Myles Turner. However, the Celtics want T.J. Warren or Victor Oladipo, while the Pacers only want to part with Doug McDermott. The Pacers would need to work out a sign-and-trade to get Hayward given the cap situation.

Hayward declined his option with the Celtics and is clearly set on a homecoming. It makes sense after a couple difficult years in Boston, and he’s clearly soured on staying there. Ultimately, though, the Pacers are at Danny Ainge’s mercy here in trade negotiations. We will see how badly they want Hayward.

The Indiana Pacers made a somewhat surprising decision to fire Nate McMillan over a month ago, and they are replacing him with a coach who has championship experience.

Toronto Raptors assistant Nate Bjorkgren has reached an agreement to become the next head coach of the Pacers, Shams Charania of The Athletic reports.

Bjorkgren had been with the Raptors since 2018 and was on Nick Nurse’s staff last year when the team won an NBA title. The 45-year-old was an assistant with the Phoenix Suns before that. He also spent time as a head coach in the G League but has no previous head coaching experience in the NBA.

The Pacers were said to be targeting Mike D’Antoni after they fired McMillan, but that did not work out.

Indiana was the No. 4 seed heading into the playoffs in the NBA bubble in Orlando. They were swept by the Miami Heat in the first round. That series doesn’t look quite as bad after the Heat reached the NBA Finals, but the Pacers were obviously ready to move on from McMillan.

Victor Oladipo has revived his career with the Indiana Pacers, but his time with the franchise could be drawing to a close.

According to Jared Weiss of The Athletic, the star guard is “looking to move on this offseason.” Weiss names Oladipo as a possible trade target for the Boston Celtics.

If Oladipo does want out, expect things to be easier said than done. The 28-year-old is under contract for one more season. If it’s clear that he has no intention of staying with Indiana, they could explore their trade options now while he has a year left on his current deal.

The Pacers will have a new head coach next season after Nate McMillan’s firing. That coach may want to build around Oladipo, or they may want to do a hard reset and use Oladipo to land some new pieces.

Oladipo has dealt with a lot of injuries in the last couple of years, which reportedly strained the relationship between him and the organization. It’s possible that is a motivating factor in his desire to move on. Mike Brown is getting another look as a possible NBA head coach once again.

According to Adrian Wojnarowski of ESPN, Brown will interview for the vacant Indiana Pacers head coaching position.

The Pacers are lining up potential candidates to replace Nate McMillan, who was fired in August.

Brown comes with extensive head coaching experience. He has two stints with the Cleveland Cavaliers, as well as a season with the Los Angeles Lakers. He has served as Steve Kerr’s lead assistant with the Golden State Warriors since 2016. That role has won him two titles, and he even went 12-0 as acting coach in the 2017 playoffs with Kerr sidelined due to chronic back issues.

While Brown is getting an interview, it appears the Pacers may already have a preferred candidate for the job. 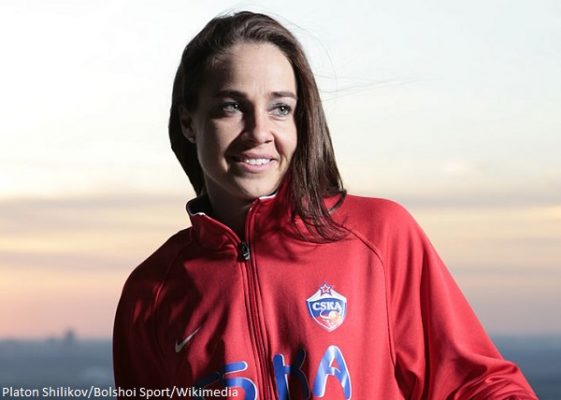 The Indiana Pacers have begun formulating a list of candidates they will interview for their vacant head coaching position, and Becky Hammon is part of the group.

Hammon is expected to take part in the Pacers’ first round of virtual interviews, ESPN’s Adrian Wojnarowski reports. She is one of more than a dozen candidates who will be interviewed by the team.

Hammon has been an assistant coach on Gregg Popovich’s staff with the San Antonio Spurs since 2014. She is widely respected around the league and considered the favorite to eventually become the first female head coach in NBA history.

Back in June, Hammon was linked to the New York Knicks job. She had been mentioned as a candidate for that position multiple times before the team hired Tom Thibodeau. Hammon also became the first female coach to interview for an NBA head coaching job when she met with the Milwaukee Bucks in 2018.

Hammon, 43, is a former WNBA player. She also played professionally overseas prior to taking a job on Popovich’s staff.

The Pacers fired Nate McMillan after they were eliminated from the Orlando bubble. While they are conducting a wide-ranging search for a new head coach, they appear to already have a favorite candidate in mind.

Two big-name NBA coaches were not impressed with the Indiana Pacers’ decision to fire Nate McMillan on Wednesday.

Boston Celtics coach Brad Stevens avoided direct criticism of the Pacers for the decision. He did, however, suggest that McMillan had done as good a job as could have been expected.

Brad Stevens on Nate McMillan's firing: "It's on other people to decide what they want to do with their organization … I don't know that anyone has gotten more out of his team the last 3-4 years than Nate McMillan."

Miami Heat coach Erik Spoelstra was less diplomatic. Spoelstra criticized the Pacers for signing McMillan to an extension earlier this month and called the firing “ridiculous.”

Coaches are generally going to stick up for each other. Still, this is a pretty scathing assessment of the Pacers from two high-profile names.

McMillan’s firing may not come as a surprise to some within the NBA. The Pacers cited his 3-16 playoff record with the team to make clear why they wanted to move on. The Indiana Pacers announced on Wednesday that they have fired head coach Nate McMillan, and they may already have a replacement in mind.

According to ESPN’s Adrian Wojnarowski, the Pacers plan to target Houston Rockets head coach Mike D’Antoni if he becomes available. D’Antoni’s contract is set to expire after the season.

McMillan had been the coach of the Pacers since the start of the 2016-17 season. The Pacers were the No. 4 seed for the playoffs after going 6-2 in bubble seeding games, but the Miami Heat swept them in four games in the first round. There was talk earlier in the month that McMillan could be on the hot seat, and Indiana’s poor postseason performance likely sealed his fate.

Rockets GM Daryl Morey has indicated the team plans to re-sign D’Antoni, but there is no extension in place. There are questions about whether or not the 69-year-old will continue to coach beyond this season. Houston is currently in a 2-2 series tie with the Oklahoma City Thunder in the first round of the playoffs.

Should the Rockets opt to go in a different direction, we may already know who the leading candidate will be to replace D’Antoni.

If D’Antoni does leave Houston and wants to continue coaching, there will likely be multiple teams interested in him. The Pacers may have to get in line.