Masai Ujiri may be bringing his guy home.

Veteran San Antonio Spurs reporter LJ Ellis of Spurs Talk reported on Wednesday that the Toronto Raptors are one of the two most persistent teams in pursuit of San Antonio center Jakob Poeltl. The Golden State Warriors are also said to be in that category.

The seven-footer Poeltl, who is averaging 12.9 points and 9.9 rebounds per game this season, was a top-ten pick by the Raptors in the 2016 NBA Draft and played the first two seasons of his career in Toronto. But the Raptors traded him to the Spurs along with DeMar DeRozan as part of the Kawhi Leonard blockbuster in 2019.

There are obviously still a lot of familiar pieces in Toronto for Poeltl, who will be a free agent after the season. Ex-teammates OG Anunoby, Pascal Siakam, and Fred VanVleet are all still on the team, as is head coach Nick Nurse, who was an assistant under Dwane Casey when Poeltl was there. Additionally, Toronto’s longtime president Ujiri headed the front office group that drafted Poeltl in 2016.

Ellis also notes that the Raptors’ interest in reuniting with Poeltl, 27, dates back to last season’s trade deadline. Granted, Toronto would likely have to surrender quality assets to get Poeltl back and are also competing for him with some other big dogs besides the Warriors. 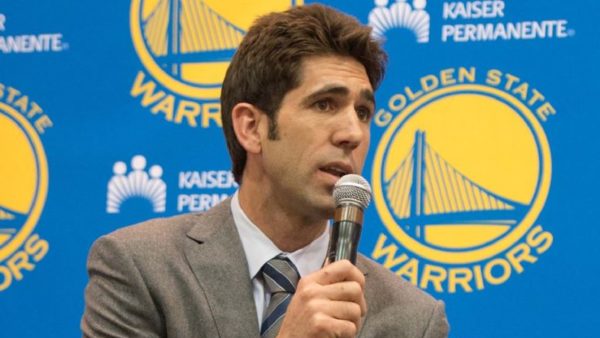 The Golden State Warriors have long been the sultans of small-ball, but it may finally be time for them to adapt.

Poeltl, 27, is bigger and a better inside scorer while Turner, 26, is the more versatile player as well as the superior three-point shot-maker. Both are fantastic rim protectors, and both will be free agents after the season.

With seven-footer James Wiseman in the G League, the Warriors are relying on a mix of Kevon Looney (6-foot-9), JaMychal Green (6-foot-8), Jonathan Kuminga (6-foot-8), and Draymond Green (6-foot-6) for center minutes. While they overcame their lack of size to win the title last season, Golden State is now just 8-10 on the year, ranking as the sixth-worst rebounding team in the NBA.

The list of suitors for both Poeltl and Turner is lengthy though. The Warriors will need the trade assets to compete, including against some major rivals. 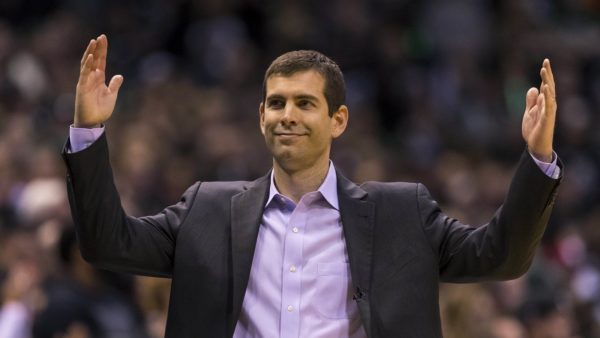 It almost feels like the Boston Celtics have not had a dominant true seven-footer since Robert Parish. But that could all change in the coming weeks.

On an episode of “The Hoop Collective” this week, ESPN’s Brian Windhorst mentioned San Antonio Spurs center Jakob Poeltl as a possible Celtics trade target that industry people have been speculating about. Windhorst notes that the Spurs and the Celtics already linked up on last season’s Derrick White trade.

The 27-year-old Poeltl owns averages of 13.4 points, 10.1 rebounds, and 3.7 assists per game this season. He is an oak tree of an interior defender at 7-foot-1 and has superb touch around the basket as well with his 62.9 career field goal percentage. Poeltl will be a free agent after the season, having failed to agree to an extension with the Spurs last summer.

The Celtics are still waiting on injured starting center Robert Williams, who will likely miss another month or longer after undergoing left knee surgery. In the meantime, the team is making due with 36-year-old Al Horford and placeholders Luke Kornet and Noah Vonleh getting most of the 5 minutes.

Adding a player like Poeltl would solve their issues in the short-term while also giving them the flexibility to either re-sign Poeltl after the season or let him walk depending on Williams’ health. Poeltl is a pretty in-demand asset though, one of many on the San Antonio roster right now. Though the San Antonio Spurs already traded All-Star Dejounte Murray earlier this summer, the sell-off may only intensify from here.

Veteran Spurs writer LJ Ellis reports Monday that center Jakob Poeltl and guard Josh Richardson are two players who have commonly been involved in the Spurs’ trade talks. San Antonio is reportedly seeking a first-round draft pick in exchange for the latter and two first-rounders for the former.

Ellis adds that the Spurs have also shopped former College Basketball Player of the Year Doug McDermott this summer but have received little interest.

After going 34-48 last year, the Spurs seem to be eyeing a full knockdown of their roster. They sent Murray to the Atlanta Hawks in July and immediately waived Danilo Gallinari, the one player they got in exchange for Murray (the rest of San Antonio’s return package consisted of future draft picks).

The 26-year-old Poeltl, a shot-blocking seven-footer who is a nightly double-double threat, might be the Spurs’ most valuable asset remaining. But with their seller’s mindset, it would not be very surprising if San Antonio ended up facilitating a potential multi-team trade involving this player.

Spurs could trade another top veteran this offseason?

After trading away both Derrick White and Dejounte Murray in recent months, the San Antonio Spurs may be going for the trifecta.

LJ Ellis of Spurs Talk reports Friday that San Antonio center Jakob Poeltl will likely be traded before the 2022-23 campaign begins. Ellis, a longtime Spurs insider, adds that interest in Poeltl could begin to heat up now that fellow big man Deandre Ayton has returned to the Phoenix Suns.

The 7-foot-1 Poeltl is arguably the best remaining veteran on San Antonio’s roster. He averaged 13.5 points, 9.3 rebounds (a team high), and 1.7 blocks per game last season. Poeltl is also on an expiring deal, owed an extremely team-friendly $9.4 million next year. That means teams can target Poeltl as a 2023 cap space play or to gain an advantage in potentially re-signing him (since trading for Poeltl would also net a team his Bird rights).

After going 34-48 this past season and losing in the play-in tournament, San Antonio is shaping up to look a lot different next season. On top of the roster turnover, even longtime Spurs fixtures have been leaving Dodge lately.