Brooks Koepka has been dating his girlfriend Jena Sims for more than three years now, but he likely learned something new about her during the pandemic — she has no future giving men’s haircuts.

Back when barbershops and hair salons still were not permitted to open in many parts of the country, Koepka decided to let Sims cut his hair. To say it did not go well would be an understatement.

Fortunately, hair grows back. Koepka was near the top of the leaderboard for much of the PGA championship, and he had some flowing locks coming out the back of his hat. All indications are that he has fully recovered from the brutal trim.

Celebrating 3 years (and some change)

Perhaps the bad haircut was payback for the time Koepka ruthlessly snubbed Sims on national television. 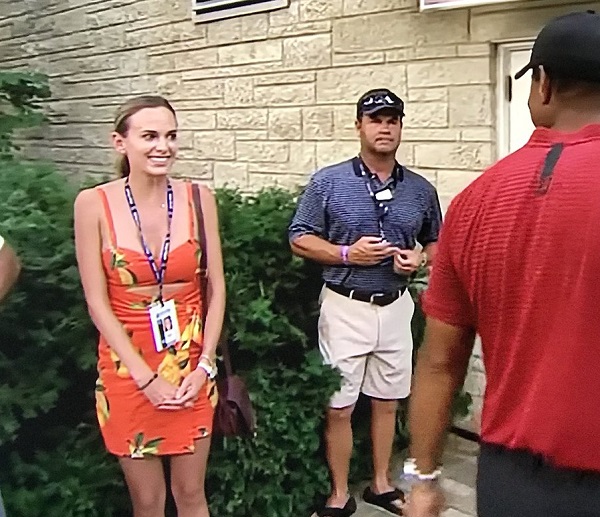 Brooks Koepka won his first career major when he captured the US Open on Sunday with a combined score of 16 under for the tournament, tying a US Open record.

Koepka was carted away after finishing up on 18 and was joined by his girlfriend Jena Sims, who was there to celebrate with him.

There was a slightly awkward moment for those watching on TV as FOX’s Joe Buck incorrectly identified Koepka’s girlfriend as Becky Edwards, a pro soccer player. Those two actually broke up, and Koepka’s new girlfriend is Sims, who is an actress.

Luckily color commentator Brad Faxon was there to correct things:

The mistake is understandable as Koepka and Edwards appeared to be dating as of December, though they’re obviously no longer together. Likewise, the only clue that Sims has given on social media about the two being in a relationship is this photo she shared on Saturday:

Faxon later said he only knew about Koepka’s new girlfriend thanks to a tip from a friend and Koepka telling him in secret.

You can see more photos of Jena Sims on Page 2.