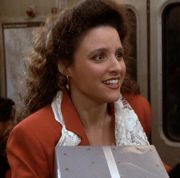 Kareem Abdul-Jabbar’s mind was in the gutter for this Jeopardy! answer (Video)

To be fair to Kareem, I probably would have answered with an “X” too. I just hope he doesn’t expect to get a statue with a dirty mind like that.

The kids on Teen Jeopardy! are supposed to be geniuses, yet none of them know who Eli Manning is? They need to put down their physics book and pick up a New York Post once in a while. OK, bad example. Maybe stop watching Nat Geo and start mixing in a little more ESPN. Alright, another bad example. I just know all the useless facts in the world are worthless if you can’t recognize the reigning Super Bowl MVP.

Side note: After watching that video, it’s easy to see why it was so easy to find a pool or jurors unfamiliar with Roger Clemens.

Second side note: This is the same contestant who confused Jay-Z with LMFAO last week. Video below.

END_OF_DOCUMENT_TOKEN_TO_BE_REPLACED

Question: Who are a bunch of dummies that haven’t picked up a Los Angeles Times within the last month? The clowns below:

Even if you’re not a sports fan I figure you heard about John Wooden dying earlier this month. These people don’t even belong on Jeopardy. At least Wooden got more respect from the game show than Bill Belichick. Thanks to Jeff Eisenberg at The Dagger for the video.

Bill Belichick Ripped in Question on Jeopardy for ‘Hissy Fit’

As previously mentioned here at LBS, Bill Belichick has quite the reputation as a poor sport. He’s made plenty of headlines for his lack of handshakes with Eric Mangini, and he even has a history of being a jerk dating back to his time in Cleveland. Even if that’s the case, I’m not sure how that gives a factually-based TV quiz show like Jeopardy the right to rip him in one of their programs. They’ve cracked on Matt Leinart before, and this time it was Belichick who was the victim:

Threw a hissy fit? I’m not so sure that’s the type of language I would have chosen. Seems to me like they’re editorializing more than giving straight facts. If they wanted to get the question across, why didn’t they ask what team lost the Super Bowl after going 16-0 in the regular season?

Jeopardy Has Fun with Matt Leinart

I didn’t really feel it was necessary to post any pictures of Matt Leinart beer bonging hot chicks in a hot tub when they first came out. For one reason, I didn’t have any context for the photos; they could have been from five years ago for all I know. Besides, can’t really get mad at a guy for hanging out in a jacuzzi with a bunch of hot co-eds, right? But I do have to say, this photo from Jeopardy is hilarious.

Not sure I would really call this a clue, but it is pretty funny. And yes, it totally humanizes Leinart.