The Los Angeles Chargers have made Keenan Allen one of the most well-paid receivers in the NFL.

As first reported by Ian Rapoport of NFL Network, Allen has agreed to a four-year contract extension with the Chargers worth more than $80 million.

The #Chargers and Pro Bowl WR @Keenan13Allen have agreed to terms on a new extension, per @JobyBranion of @VanguardSG. More than $80m on a 4-year extension making him the 2nd highest-paid WR in the NFL.

Making Allen the second-highest paid receiver in the NFL may seem like a lot. What he provides is consistency and volume. Allen has played in all 16 games in each of the last three seasons. He has over 1,000 yards in all of them, with over 100 receptions twice. He’s been the picture of consistency in the end zone, catching six touchdowns in each of the past three years. At 28, he’s still in the prime of his career as well.

It’s been a busy offseason for the Chargers, who locked up a key defender to a massive extension too. Keenan Allen is not pleased with his place on this year’s annual NFL Top 100 rankings, and he could be making some enemies with the way he is choosing to complain about it.

After NFL Network revealed on Sunday that Allen was ranked No. 77 on the list, the Los Angeles Chargers wide receiver took to Twitter to express his frustration. He mentioned three receivers who he says are not better than him — Mike Evans, Chris Godwin and Tyreek Hill. Evans responded on Monday morning and said he respects the confidence but told Allen “you not on my level bro.”

You tagged the wrong Chris Godwin lol and don’t be mad at us we ain’t make the rankings or care about em. I like the confidence but be realistic you not on my level bro https://t.co/AONodMpfkW

Allen can certainly make a strong case that he should be higher on the list. He has posted three consecutive seasons of at least 97 catches, 1,196 yards, and six touchdowns since tearing his ACL in 2016. However, Evans has never had fewer than 1,000 receiving yards in any of his six NFL seasons. The Tampa Bay Buccaneers star also has 48 career touchdowns compared to Allen’s 34 despite playing one less season (not accounting for injury) than Allen.

Godwin is coming off a career year in which he had 86 catches for 1,333 yards and nine touchdowns. Hill only had 860 yards, but he missed four games.

Again, Allen may be able to argue that he should be higher than No. 77. Convincing people he should be ranked above any of the three receivers he mentioned would be a tougher task. This isn’t the first time Allen has complained about rankings, so Evans shouldn’t take it too personally.

Keenan Allen is not happy with his place on the NFL Top 100 rankings.

The Los Angeles Chargers wide receiver is ranked No. 77 on the NFL’s Top 100 players list. After learning about his ranking, Allen expressed his frustration over Twitter. He was so exasperated that he wondered if he did something to someone to get such a low ranking.

Starting to think I did something to somebody ! https://t.co/gk0XNCd82e

He then proclaimed that receivers like Tyreek Hill, Mike Evans and Chris Godwin were not better players than him.

Ok I’m tired of biten my tongue…@cheetah @MikeEvans13_ @chrisgoodwin… ( and the list goes on) ARE NOT a better reciever than me! Faster than me…every day of the week but separation..CHILD PLEASE! https://t.co/rBQwJZWkE3

Allen also declared himself the best receiver in the AFC West “without question”.

IM THE BEST WR IN THE AFC WEST!!! Without question!!!

The 28-year-old receiver’s frustration is understandable.

Allen came on strong as a rookie in 2013 with 71 catches for 1,046 yards and a career-high eight touchdowns, but then he had three consecutive down seasons, which included being limited to one game in 2016 due to a torn ACL. Since then, Allen has been a beast, posting three straight seasons of at least 97 catches, 1,196 yards, and six touchdowns.

The more he continues to put up big seasons like that, the more he’ll gain respect. Of course, complaining about rankings are nothing new for him, though. 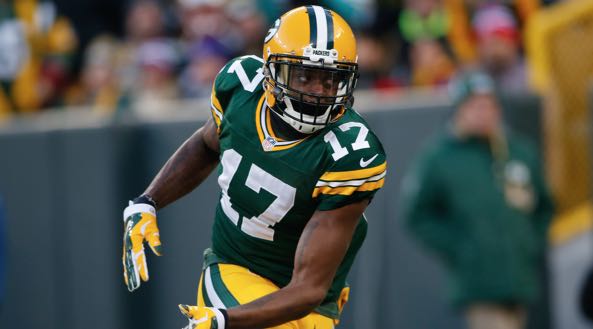 Davante Adams has one fellow Pro Bowl receiver that he would want to team up with in a perfect world.

During a Twitter Q&A session on Friday, the Green Bay Packers star replied to a user who asked him “What other WR in the league would you wanna have on the other side of 12 [quarterback Aaron Rodgers]?” Adams pointed to Los Angeles Chargers wideout Keenan Allen.

Indeed, the 27-year-old Allen has become one of the more underrated receivers in the league, pulling down 1,199 yards and six touchdowns last season despite the uneven quarterback play of an aging Phillip Rivers. He is also entering his final season under contract with the Chargers.

While the Packers do seem confident in their other receivers besides Adams, he can still dream, especially with a clear-cut No. 2 target for Rodgers yet to truly emerge.

Keenan Allen is going to be catching passes from a quarterback other than Philip Rivers next season for the first time in his career, and the star receiver does not seem pleased about it.

Shortly after the Los Angeles Chargers announced on Monday that they have mutually agreed to part ways with Rivers, Allen took to Twitter to share his thoughts. The 27-year-old said “this hurts” and included a crying emoji.

Allen was drafted by the Chargers in 2013, and Rivers has started every game for the team since. Allen battled injuries earlier in his career, but he has appeared in all 16 games in each of the past three seasons. During that span, he and Rivers established great chemistry and we were one of the most productive quarterback-wide receiver duos in football.

Allen’s 104 receptions this season were a career high. He has been targeted by Rivers an average of 148 times per season over the past three years, so you can understand why the receiver is upset to see his teammate go.

Of course, Allen’s frown will likely be turned upside down in a hurry if the Chargers make the massive free agent splash some believe they could make. But if he gets stuck catching passes from a rookie in 2020, there will likely be a big adjustment period for Allen.

The Los Angeles Chargers were able to come away with a hard-fought road victory over the Chicago Bears on Sunday, but Keenan Allen knows some of his supporters will not be thrilled with the result. More specifically, the star receiver understands it was not his best fantasy day.

Allen played after multiple reports indicated he would miss the game with a hamstring injury. He was able to contribute with seven catches for 53 yards. That was actually one of his better games in a stretch of five rough ones, and he acknowledged that by tweeting an apology to his fantasy owners.

Allen was among the first receivers drafted in fantasy this year, and the results have been mixed at best. He exploded for 13 catches, 183 yards and two touchdowns in Week 3 against the Houston Texans, but he hasn’t done a whole lot since. He had five or fewer receptions in each of the four games prior to Sunday and has not found the end zone since Sept. 22.

Usually we see NFL players lashing out at the fantasy football community for various reasons, but Allen wants to put up big numbers for those who have put their faith in him.

Keenan Allen does not seem pleased with state of Chargers

The Los Angeles Chargers have been one of the NFL’s most disappointing teams in the early going of 2019, and some frustration is starting to show.

The Chargers fell behind 24-0 Sunday night before a fourth quarter rally ultimately fell short and the team lost 24-17. That dropped the team to a disappointing 2-4 season.

One rather innocent tweet made light of how the Chargers seem to play the same game fairly often, which seemed to be a reference to their perceived habit of losing games to inferior teams while favored.

How is every single Chargers game the EXACT same

The Steelers held Allen to just two catches for 33 yards, and he’s cooled down after a hot start to the season. That, combined with the team’s record, is an easy explanation for the mounting frustration. Maybe he’s annoyed with being credited for waking up a star Denver cornerback, too. Denver Broncos cornerback Chris Harris was the target of some negative remarks made by Los Angeles Chargers receiver Keenan Allen this week, but he was able to channel it into something positive.

Last week saw Harris and the Broncos hold Allen to a season-low four catches for 18 yards in a 20-13 win over the Bolts. Allen then threw shade at Harris by saying in an Instagram comment that the star corner could not hold his jock strap. Allen also appeared to double down on the remark in a media session later in the week, implying that he had historically dominated his matchup against Harris.

Come this Sunday, Harris was in even better form, recording an interception and two pass deflections in a 16-0 shutout of the Tennessee Titans. After the game, Harris said that Allen “woke up the dawg” and added that there was not much left to say other than that he had locked Allen up multiple times.

#Broncos @ChrisHarrisJr. I told him he played like he was chugging Red Bulls. “Thank Keenan Allen. He woke up the Dawg!” Harris was having terrific season. But last two games he’s been a force #Denver7

Chris Harris was asked directly about Keenan Allen’s comments earlier this week about not being able to hold Allen’s jock strap.

“I’ve locked him up numerous times… there’s nothing to really talk about. I’m ready for Tyreek Hill.” #Broncos

Allen has had beef with the Broncos dating back to last season, so credit to Harris for not getting too caught up in the negativity and letting his play do the talking instead.

Keenan Allen could miss rest of preseason with ankle injury

Los Angeles Chargers wide receiver Keenan Allen is dealing with an ankle injury that could knock him out for the rest of the preseason, according to a report.

Allen suffered an ankle injury at practice this week but it is not considered serious, according to ESPN’s Adam Schefter. Schefter says although Allen could miss the rest of the preseason, he is expected to be ready for Week 1.

After dealing with injuries early in his career, Allen has been able to play all 16 games the last two seasons and has developed into a go-to option for Philip Rivers.

Allen caught 97 passes for 1,196 yards and six touchdowns last season. The year before he had 102 catches for 1,393 yards and six TDs. Mike Williams and Travis Benjamin are among the team’s other top receiving options.

The Chargers are dealing with questions at their skill positions as running back Melvin Gordon continues to hold out.