LeBron James took blame for committing too many turnovers in the Los Angeles Lakers’ Game 1 loss to the Houston Rockets on Friday night in Lake Buena Vista, Fla.

The Lakers lost to the Rockets 112-97 to fall behind 1-0 in their Western Conference semifinals series. James had just 20 points in 37 minutes and was a -15. He committed four turnovers in the game, which tied Rajon Rondo for the most on the team.

“We can’t turn the ball over like that. That starts with myself,” James said after the game, via Mark Medina.

Not only did James have the turnovers, but Rondo was rusty in his first game action since March. He was 3/9 shooting for eight points.

This Rockets team is a tough squad to contend with. They play a fast, small lineup and create turnovers, while shooting a ton of threes and getting James Harden to the free throw line. The Lakers will have to make adjustments to keep up with Houston’s speed.

Game 2 between the teams is scheduled for Sunday. Harden already shared what he thinks will be key for Houston moving forward.

Former NBA player Richard Jefferson compared Giannis Antetokounmpo to Scottie Pippen on Wednesday night, and the ensuing commentary has spiraled a bit out of control.

With the Milwaukee Bucks losing the first two games of their series against the Miami Heat, Jefferson wondered out loud if Antetokounmpo might be unable to win an NBA title without a superstar teammate. Jefferson said that, like Scottie Pippen, Giannis may need a Michael Jordan.

Giannis might be a Pippen…. there I said it! He needs his Jordan. pic.twitter.com/L89DG9JjHD

Not surprisingly, Pippen disagreed with the comparison. He complimented Antetokounmpo for being an NBA MVP and said the two are their own players. He then took a shot at Jefferson. To Jefferson’s credit, he took the swipe in stride.

It didn’t end there. Former NBA point guard Jay Williams also got involved, saying there would be nothing wrong with Giannis needing another superstar to win a championship. Williams pointed out that LeBron James never won a ring until he teamed up with Dwyane Wade.

So LeBron was a Pippen with D Wade once. Nothing wrong with that until you get over the hump. https://t.co/exAjQ3uOW4

LeBron didn’t appreciate being dragged into the debate. We edited his response for profanity.

“Explain to me what the f— I gotta do with this subject matter! I’m over here minding my damn business preparing for Houston,” LeBron wrote. “And by the way I ain’t never been nobody but my damn self! S—!”

It seems like LeBron took that a bit personally, because Williams was obviously just trying to stick up for Giannis. If LeBron’s recent remarks about the NBA bubble are any indication, he’s probably feeling a bit more stressed than usual lately.

The NBA’s bubble environment can be difficult for all of its participants, even The King.

“I’ve had numerous nights and days thinking about leaving the bubble,” said James, according to Ben Golliver of the Washington Post. “I think everyone has, including you [media] guys. I don’t think, it’s not one person that has not had a mind that says, ‘I’ve gotta get the hell out of here.’ … It probably crosses my mind about once a day.”

James is coming from a very understandable and a very human standpoint. The NBA bubble is now at its 50th day, and that is more than enough to give anyone cabin fever. It must be especially so with everything going on in the world right now and with the participants away from their families.

Another star has openly discussed his struggles in the bubble environment too. Families and other limited guests will be allowed to visit starting in the second round though, so hopefully that offers some sense of normalcy. 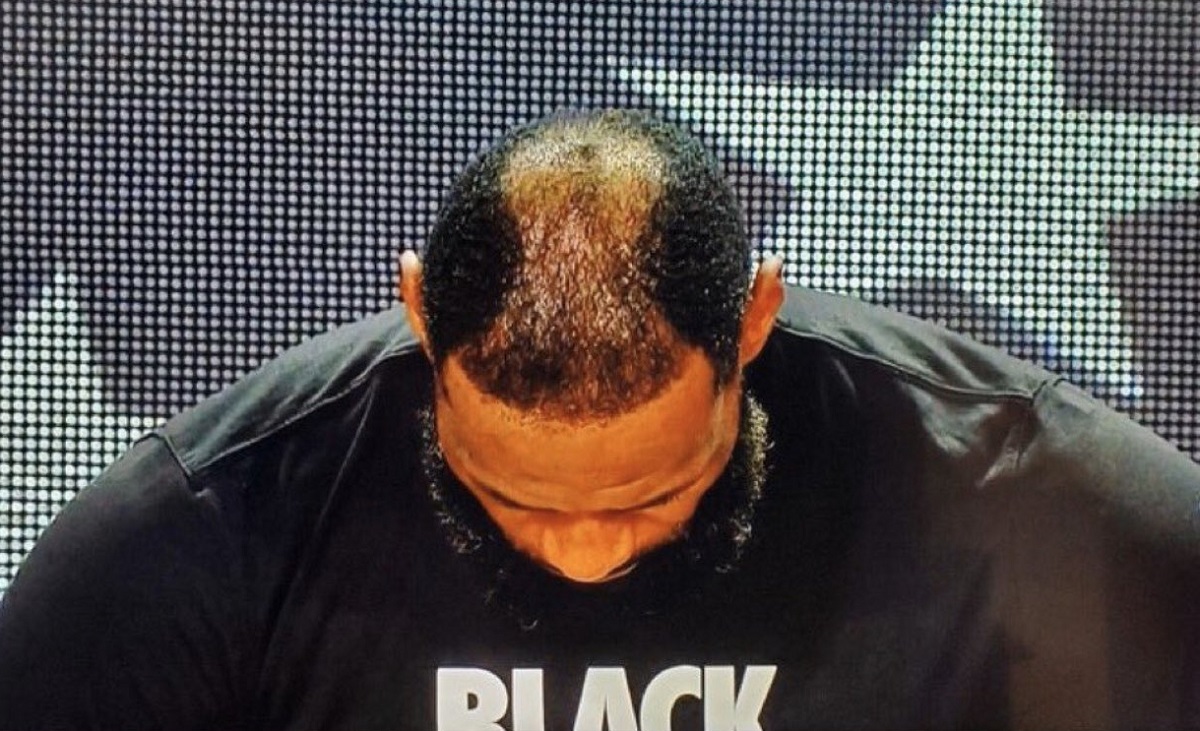 LeBron James has been battling opponents on the court for decades and fighting off the hair gods the last several years as well.

Fans and observers have noticed for years that James has a receding hairline that he continues to cover up. On Saturday, James’ hair looked especially thin in spots, and viewers were all over it with the memes, commenting on the shape it yielded.

James knows all about his hair struggle and has poked fun at himself for it over the years.

Charles Barkley has long urged James to “come on home” and embrace baldness with a shaved head, but the 35-year-old Los Angeles Laker continues to fight the good fight.

LeBron James spoke with President Obama for advice this week, according to a report.

James walked out of the meeting between NBA players on Wednesday night and spoke with the former U.S. president. According to The Athletic’s Shams Charania, Obama advised the players to play. Chris Paul and a few others who joined James on the call reportedly hoped to have Obama involved in their committee for player action.

According to Charania, James supported the Milwaukee Bucks’ decision not to play on Wednesday, but he wanted to know what the plan and outcome was.

After Wednesday’s day of games being canceled due to the players striking, NBA players met on Thursday. The players agreed to continue playing, and the playoff schedule will resume on Saturday. James reportedly was silent during that meeting.

A separate report says younger players and owners were turned off by James, who spoke at the end of Thursday’s meeting.

James’ Lakers lead their first-round playoff series 3-1 against the Portland Trail Blazers. Game 5 is scheduled to be played on Saturday.