JR Smith was waived by the Cleveland Cavaliers this week after they were unable to find a trade suitor for him, and the veteran swingman is already drawing interest from at least one team.

According to Shams Charania of The Athletic, Smith was scheduled to meet with the Milwaukee Bucks on Thursday.

JR Smith will have a free-agent meeting with the Bucks today in Milwaukee, league sources tell @TheAthleticNBA @Stadium. Bucks are searching for a wing shooter and both sides will have opportunity to sit down.

As Charania notes, the Bucks are in search of a perimeter shooter. That is Smith’s specialty, though he appeared in just 11 games for the Cavs last season and shot 30.8 percent from three-point range, which was his lowest mark since his rookie year.

Smith did what he could to help facilitate a trade, but no team was interested in giving up anything for him. There had been some talk that he could reunite with LeBron James by joining the Los Angeles Lakers, though that is reportedly not likely.

Giannis Antetokounmpo hopes to remain with Bucks his entire career

Giannis Antetokounmpo will be eligible to sign the richest contract in NBA history next summer, and it sounds like he is planning to do just that if the Milwaukee Bucks make the offer and the team remains competitive.

ESPN’s Malika Andrews reported during the playoffs back in May that Giannis may be convinced to sign a contract extension next year if the Bucks make it to the NBA Finals. While speaking with ESPN’s Ohm Youngmisuk at the PUBG MOBILE Team Up Superstar Showdown event over the weekend, Antetokounmpo seemed to indicate that is accurate. The reigning MVP said his ultimate goal is to win a championship, and he fully intends to remain with the Bucks as long as they share that same level of commitment.

“As long as that we are all on the same page and we are all focused on that goal, why not play for the Bucks 20 years, why not play 25 years?” he asked. “Why not, after playing, be a member of the coaching staff or a member of the front office? But we got to have the same goal. We got to have the same principles. … We got to focus on winning a championship.”

Giannis reiterated that he wants to be part of a winning team, and he said he would love to take the same career path as superstars like Kobe Bryant and Tim Duncan if the Bucks find sustained success.

“As long as we have the same mindset and same approach to the game, there’s no reason for me to move and not be like Steph [Curry], not like be like Dirk [Nowitzki] or Kobe [Bryant] or Tim Duncan,” he added.

The contract Antetokounmpo will be eligible to sign next summer has some truly eye-popping figures, but he has the potential to own the NBA after LeBron James retires. The supermax exists to give teams like the Bucks a chance to keep their star players, and it may end up working the way it is intended to in this instance. 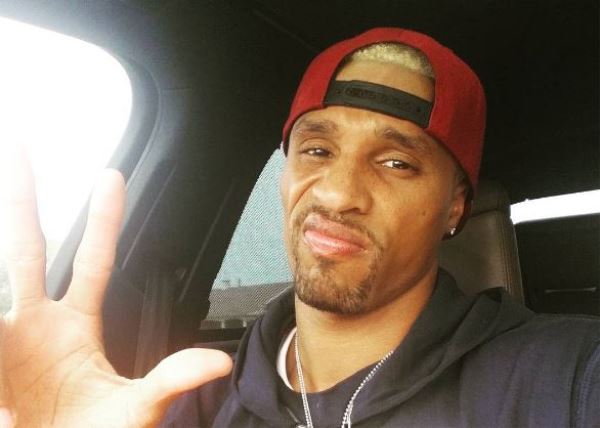 The Milwaukee Bucks are, at least for now, parting ways with guard George Hill.

According to Shams Charania of The Athletic, the Bucks have waived Hill, and he will become a free agent. They are interested in retaining the guard, but he is expected to be hotly pursued by multiple teams.

Milwaukee guard George Hill will be waived and become a free agent, league sources tell @TheAthleticNBA @Stadium. Hill had a terrific finish to the season and will be a sought-after combo guard on the market. Bucks are working to find space to re-sign Hill, too.

Hill played a valuable reserve role for Milwaukee last year. He really came into his own during the playoffs, where he averaged 11.5 points per game off the bench while shooting 41.7 percent from three-point range.

The Bucks are facing some salary cap issues that could also cost them some other key players. They’ll try to retain Hill, but multiple teams are going to be pursuing him.

The Milwaukee Bucks made a trade on Wednesday night to gain some salary cap space entering free agency.

The Bucks traded Tony Snell and the No. 30 overall pick in Thursday’s draft to the Detroit Pistons for Jon Leuer, as first reported by ESPN’s Adrian Wojnarowski. The move is all about the money for Milwaukee.

Snell is making nearly $11.4 million next season, while Leuer is making $9.5 million. Not only does the trade present a savings of nearly $2 million, but the Bucks save an additional $2 million or so due to the cap hold for the No. 30 pick, freeing up a total of around $4 million.

Leuer’s deal expires after the season while Snell has a $12.1 player option for 2020-2021, so the Pistons are effectively paying that money to gain the first-round pick and some wing help in the form of Snell, as Zach Lowe pointed out.

The Bucks were ranked fifth in the league with a $131 million payroll last season and had $87 million in commitments for next season, according to Hoops Hype. A number of their key players from last season’s team that produced the best regular season record in the league are set to become free agents, such as Khris Middleton, Malcolm Brogdon, Nikola Mirotic and Brook Lopez. They are said to be negotiating a big deal to try and bring back Middleton. They won’t be able to bring back everyone, but this additional space will help their efforts to re-sign players or bring in another free agent or two to replace them.

Milwaukee’s rise to prominence in the Eastern Conference has largely been due to the emergence of Giannis Antetokounmpo as a star.

Antetokounmpo has gone from being a second-team All-Rookie member to becoming a finalist for NBA MVP and Defensive Player of the Year this season. The Bucks have him under contract for two more seasons but would like to extend him for even longer. How they fare next season reportedly will have a big impact on that situation.

According to a report from ESPN’s Malika Andrews, reaching the NBA Finals next season could sway Giannis to sign a long-term contract extension with the Bucks.

Antetokounmpo made first-team All-NBA this season, which was his second season in a row being named to an All-NBA team. The honor qualified him for the supermax contract extension next summer, one that would give him the largest contract in NBA history.

If Antetokoumpo wants to, he would be able to sign a five-year, $247.3 million deal next summer, one that would keep him under contract with the Bucks for the next seven seasons.

The Bucks had the best record in the regular season and came up short in the conference finals. They’re close to reaching the NBA Finals, and you can bet Antetokounmpo will be chasing that pursuit hard this offseason. Drake has forced his way into the Eastern Conference Finals conversation with the way he has flamboyantly supported the Toronto Raptors during the series, and it is not a surprise that most people from the Milwaukee Bucks side do not seem to appreciate the antics.

As he has done in the past, Drake left his seat numerous times during Game 4 in Toronto and patrolled the sidelines like he was a member of the team. He even gave Raptors coach Nick Nurse a little shoulder massage at one point, and Bucks president Peter Feigin was asked about that during an appearance on CBS sports radio’s “Taz and the Moose Show” on Thursday. He tried his best not to blow the story up any more.

“I’m not not a Drake fan,” Feigin said. “I’ll be as politically correct as you possibly can. I’ll echo what Bud says. I think everybody has a role. In the NBA, you’re a fan, you’re a coach, or you’re a player, and you got to know what the role is.

“But listen, I think for all of us, we would much rather have not talked about Drake and just won a couple games in Toronto. Our focus is a big, big game for the organization (Thursday night). We just win and let it speak for itself is kind of what we’d like to do.”

Bucks coach Mike Budenholzer was a bit more open in criticizing Drake for the way he acts during games, and Drake later fired back by essentially telling Milwaukee to just worry about winning. Regardless of what the musician thinks, there’s a difference between enthusiastically rooting for your team and getting as involved as he does. You have to wonder if some coaches or players in Toronto are bothered by it as well. A Milwaukee radio station is putting a temporary ban on Drake’s music as a show of solidarity with the Bucks.

The Bucks are facing the Toronto Raptors in the Eastern Conference Finals, with Game 1 being hosted by the Bucks on Wednesday night. “Riggs & Alley,” two hosts on 103.7 KISS-FM in Milwaukee, shared a video on Tuesday where they announced the temporary ban on Drake music for the series.

MAJOR ANNOUNCEMENT: Until the @Bucks beat the @Raptors – we are hereby taking a break from ALL #DRAKE music. We love us some Drake, but right now – we love the #Bucks more! #BreakFromDrake #FearTheDeer pic.twitter.com/kRAZQnGOWo

The station hosts are calling it a “Break from Drake.”

Why the action? Drake, a famous musician, is from Toronto and has a deep association with the Raptors franchise. He is officially a team ambassador, and the team’s practice facility is named after his OVO brand. Drake is a big trash-talker and has been getting involved in some games.

Milwaukee is breaking out all the stops for the big series, which marks their first conference finals trip since 2001.