The Philadelphia 76ers have identified the person who dumped popcorn on Russell Westbrook on Wednesday night, and the fan will not be attending any events at the Wells Fargo Center in the future.

The Sixers released a statement on Thursday saying the fan has had his season tickets revoked and is banned from the Wells Fargo Center indefinitely. The team also apologized to Westbrook and the Washington Wizards for “being subjected to this type of unacceptable and disrespectful behavior.” You can see the full statement below:

Statement from the Philadelphia 76ers: Fan who dumped popcorn on Wizards‘ Russell Westbrook has had his season ticket revoked and been banned from Wells Fargo Center indefinitely. pic.twitter.com/jVBWWVcZjT

Westbrook exited Game 2 of the Washington’s first-round playoff against the 76ers after spraining his ankle. He was showered in popcorn as he walked through the tunnel and went berserk. Members of Washington’s staff had to restrain Westbrook from going after the fan.

A zoomed-in version of the footage showed that the popcorn shower clearly was no accident. A fan deliberately dumped his box of popcorn on Westbrook just as the Wizards star passed underneath. You can see the video here.

Philadelphia 76ers fans got the chance to taunt Kevin Durant a bit during Wednesday’s game.

Joel Embiid was at the free throw line late in the Sixers’ 123-117 win over the Brooklyn Nets. As he was at the line, Sixers fans broke out with the “KD sucks” chant.

That was a pretty loud chant for only having an attendance of 4,094 fans at Wells Fargo Center for the game.

The Sixers and Nets are competing at the top of the Eastern Conference. Thanks to their win, the Sixers have the top spot in the East by a game over Brooklyn. The Bucks are also in the mix with those two as the top teams in the East. But there is definitely a rivalry brewing, which explains the fans’ behavior.

It’s really nice to hear fans taunting an opposing player again. Even one player said as much this week, though we’re not sure Durant would feel similarly.

If the thoughts of Al Horford’s siblings are any indication, the center really didn’t enjoy his time in Philadelphia.

Horford was dealt to the Oklahoma City Thunder on Wednesday in a move that netted the Philadelphia 76ers Danny Green and cap relief at the cost of draft picks. His sister Anna promptly sent a pair of tweets about 76ers fans, referring to them as “the most miserable fans in the NBA.” She also tweeted images of Sixers fans tweeting insults at her (warning, NSFW language). Anna Horford also added that Sixers fans “hated us because we never hated on Boston.”

Horford’s brother Josh echoed Anna’s sentiments, tweeting “Thank god Al is out of Philly” and suggesting that Sixers fans on Twitter are crybabies.

This isn’t the first time Anna Horford has had some unkind things to say about the Sixers. This frustration and dislike of Philadelphia does not appear to be new.

Horford signed a four-year, $97 million deal with the Sixers prior to last season. He was one of the players the team was counting on to help lift them toward championship contention. Instead, Horford’s season was a disaster, with the 34-year-old averaging just 11.9 points, 6.8 rebounds, and 4 assists per game. He struggled with his role in the team’s offense and wasn’t even a guaranteed starter by the end of the season. Ultimately, it sounds like his departure is best for everyone. 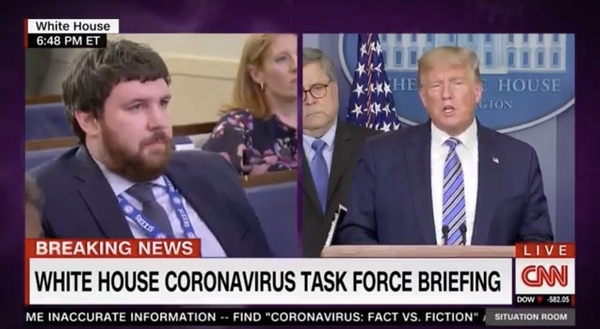 President Donald Trump addressed the media to provide an update on the coronavirus situation, and some eagle-eyed viewers noticed that one reporter in attendance was wearing a Philadelphia 76ers lanyard. Check out a few of the great Twitter reactions that resulted:

Who’s my man with the @sixers lanyard? pic.twitter.com/UzpyVJEz90

Shoutout to this reporter wearing a sixers lanyard pic.twitter.com/pGpPoTOuZP

The Sixers getting a little love at the White House briefing. A rare road victory for the 76ers. pic.twitter.com/bvOHT5UW1v

Looks like a #philaunite sportswriter without #NBA got a side job as a reporter at the #WhiteHouse @sixers @realDonaldTrump pic.twitter.com/fVWHxKT24U

While Philly has butted heads with the Trump White House in years past, Monday’s press briefing had the unexpected result of showing us the extent of the reach of Sixers Nation. Isaiah Thomas was ejected from Saturday night’s Washington Wizards-Philadelphia 76ers game after an altercation with some fans.

Thomas reportedly confronted a few 76ers fans late in the game, which Philly won at home 125-108. Thomas was ejected for going into the stands.

The two 76ers fans were also escorted out.

Thomas explained after the game what happened:

The NBA has found itself scrambling to somehow repair its relationship with China in the wake of Daryl Morey publicly showing support for the protests in Hong Kong, and the league may be taking measures to avoid the controversy at home in addition to overseas.

Arena security confiscated the signs, and Wachs says the couple was kicked out during the second quarter for yelling, “Free Hong Kong” after the signs were taken.

“We were saying, ‘Free Hong Kong,” Wachs told NBC10 in Philly. “You know, what’s wrong with that?”

Wachs says he and his wife were sitting near the Chinese bench, but he insists they were simply expressing support for the pro-democratic protests in Hong Kong. NBC10 reached out to the 76ers for an explanation, but the team did not provide any comment.

It’s unclear if Wells Fargo Arena security decided themselves that Wachs and his wife were violating the fan code of conduct or if the NBA has issued some sort of directive. Whatever the case, we know the situation between China and the league continues to get more complicated by the day.

NBA commissioner Adam Silver has expressed regret that Morey’s tweets offended so many people in China, but he said the league will not apologize for respecting the Houston Rockets GM’s right to express himself freely. The biggest names in the NBA are typically not shy in expressing their opinions about political and social justice issues, though we have already heard some disappointing responses to the China situation.

After landing himself in some hot water for telling off booing fans after the Philadelphia 76ers’ Game 1 loss on Saturday, Ben Simmons is taking a step back a bit.

On Sunday, Simmons said he understood that Philadelphia fans can be more critical than most, and he wouldn’t have it any other way, taking it as a sign of how much they care.

“It’s Philly, that’s what’s gonna happen,” Simmons said, via Rich Hofmann of The Athletic. “I mean, I love it, that’s how Philly is. If you can’t play, they’re going to give you the s— and they talk s—, that is what it is. If you’re not playing well, they gonna let you know.

“But I love being here. I love the fans here. I wouldn’t want to be in a place where they didn’t really care or only showed up when times were going well. So I mean, a few years ago we were winning ten games.”

It’s a definite shift from Saturday, when Simmons essentially told critical fans to stop booing or support someone else. That only exacerbated the criticism of Simmons, who scored just nine points. He seems to have realized that he wasn’t going to get away with that level of criticism of fans in public, especially after a really poor Game 1. The fallout from the Philadelphia 76ers’ bizarre burner account scandal is already being felt far and wide.

Reports emerged on Tuesday that Sixers GM Bryan Colangelo had been using secret Twitter accounts to criticize players. In response, a “Trust the Process” chant broke out at Dodger Stadium during a game between the Philadelphia Phillies and the Los Angeles Dodgers, per Matt Gelb of The Athletic.

A "Trust the Process!" chant has broken out at Dodger Stadium.

“Trust the Process” was, of course, the mantra of former Sixers GM Sam Hinkie, Colangelo’s predecessor. It has since become a rallying cry for the Sixers and for Philadelphia sports fans in general.

Colangelo, meanwhile, is already getting trolled on the Internet because of the allegations, and now even the baseball world is getting in on the fun as well.

Joel Embiid appreciates the love he and his Philadelphia 76ers have received from fans this season, but he wonders where that was the past few years.

Embiid said after the Sixers’ practice on Wednesday that he’s holding a bit of a grudge over fans just now jumping on the bandwagon when the team is good.

“My mindset has always been, three, four years ago, no one was around, no one was talking about us,” Embiid said Wednesday, via NBC Sports Philadelphia’s Jessica Camerato. “Anything new, that always comes, I’m like, ‘that’s nice.’ But like, where was everybody three or four years ago?

“I kind of hold grudges because three, four years ago we were the laughing stock of the whole NBA,” Embiid said. “Then now we’re here, everybody’s talking about us.”

Indeed, “The Process” has taken a long time to begin paying off for Philly. The team completely tanked for three years in a row in order to stack high draft picks necessary for a rebuild. They bottomed out with 10 wins in 2015-2016.

The team dealt with injuries; Embiid only played in 31 games during his first three seasons, while Ben Simmons missed his first season due to a foot injury.

It’s hard to blame Sixers fans for not being eager to spend time and money on a team that went 47-199 over a three-year stretch. Embiid should be more forgiving about that, especially when his inability to stay healthy was a big reason why there wasn’t much enthusiasm surrounding the team. Maybe he’ll let go of his grudge, just like he eventually did with his crush.