One veteran forward is leaving the Los Angeles Lakers but will still be seeing them four times a year.

Shams Charania of The Athletic reported on Sunday that free agent Kent Bazemore has agreed to a one-year deal with the Sacramento Kings. This comes after Bazemore put up a gaunt 3.4 points in 14.0 minutes per game for the Lakers last season.

The 33-year-old Bazemore was previously with the Kings in the 2019-20 campaign and was teammates with current Sacramento players De’Aaron Fox, Harrison Barnes, and Richaun Holmes. The move will also reunite Bazemore with his Laker teammate last year, Malik Monk, who recently signed with the Kings as well.

Bazemore’s decision to sign with the Lakers last offseason ended up being a major gaffe in more ways than one. Now he is hoping to have more success by going elsewhere in the Pacific Division. After over a year out of the NBA, the man they call “Delly” is officially back.

The Sacramento Kings announced on Friday that they have signed veteran guard Matthew Dellavedova. Terms of the deal were not disclosed.

Dellavedova, 31, is an eight-year NBA veteran who won a championship with the Cleveland Cavaliers in 2016. The move to Sacramento reunites him with Kings head coach Mike Brown, who was Dellavedova’s very first coach in the NBA when they were in Cleveland together.

With his strangling defense and constant ping-ponging around the court for loose balls, Dellavedova is loved by his own team’s fans and loathed by just about everyone else. While some worrisome injury issues helped lead to his absence from the league last year, Dellavedova appears to be past that. Now he will be getting a shot on a Sacramento team where he should be able to compete for backup minutes behind De’Aaron Fox and Davion Mitchell. Two years after winning an NBA title with them, a former Los Angeles Laker could be landing elsewhere in the division.

Marc J. Spears of ESPN reported Saturday that veteran guard Quinn Cook is working out with the Sacramento Kings in Las Vegas with hopes of making an NBA comeback.

Sacramento currently has three open roster spots to work with. Spears notes that the Kings are working out former lottery pick Shabazz Muhammad too. An earlier report revealed that a slightly better-known player is working out with the Kings as well.

Cook last played in the NBA in the 2020-21 season. He split time last year between PBC Lokomotiv Kuban (a Russian team) and the Stockton Kings (Sacramento’s G League affiliate). Cook was part of the Lakers’ 2020 title team as well as the Golden State Warriors’ 2018 title team prior to that. During the Lakers’ title celebration, Cook went viral for a hilariously embarrassing moment. One of basketball’s great cult heroes of the last decade may be getting new life with the Sacramento Kings.

ESPN’s Dave McMenamin reported on Saturday that ex-Cleveland Cavaliers guard Matthew Dellavedova is working out for the Kings in Las Vegas. Dellavedova hopes to make a return to the NBA, McMenamin adds.

Still only 31, Dellavedova rose to fame in Cleveland for his defense (most notably the job that he did checking Steph Curry in the 2015 Finals) and his helter-skelter hustle. Dellavedova, who also won a title with the Cavaliers in 2016, had Mike Brown as his first coach in the NBA. Brown is now the head coach of the Kings.

The Australia native Dellavedova last played in the 2020-21 season, putting up 2.8 points and 4.5 assists per game for Cleveland (his second stint with them after a brief tenure with the Milwaukee Bucks). He was experiencing some problematic health issues around that time but now seems to be well enough to take another swing at the NBA.

Free agency is starting off on the wrong foot for the Los Angeles Lakers.

Shams Charania of The Athletic reported on Thursday that Lakers guard Malik Monk is signing a two-year, $19 million free agent contract with the Sacramento Kings. Monk will be reunited with former backcourt partner De’Aaron Fox, whom he played with at the University of Kentucky.

Monk, 24, was one of the precious few bright spots for the 33-49 Lakers last season. Playing on a minimum deal, he averaged 13.8 points, 3.4 rebounds, and 2.9 assists per game as a very steady scorer and creator for the Lakers.

Now Monk will be leaving for a contract that is far more reflective of his true value. His recent comments about supposedly wanting to take a discount to stay with the Lakers ended up aging pretty poorly however. The Philadelphia 76ers’ prayers may be getting answered.

Matt Moore of The Action Network reports Wednesday that the Sacramento Kings are a potential landing spot for 76ers forward Tobias Harris if Philly re-engages in trade talks for him. The 76ers are widely known to be shopping Harris and the $77 million he has left on his contract.

Harris, still only 29 years old, remains a gifted scorer and rebounder who also averaged a career best in assists last season. But with the presence of MVP candidate Joel Embiid, the arrival of ex-MVP James Harden, and the rise of young phenom Tyrese Maxey, Harris has pretty clearly become the Ringo of the 76ers. His scoring averages fell to 16.9 points per game in the playoffs, and that was even despite Embiid missing some time due to injury.

The Kings do have a lot of cap space that they can absorb Harris into, cap space they probably don’t have to worry about saving for someone else since Sacramento is not a free-agent destination. The team can also offer Harris a higher spot up the totem pole next to De’Aaron Fox and Domantas Sabonis. But on top of Harris, the Kings may also be eyeing another cast-off of sorts. The Sacramento Kings have had literally one All-Star (DeMarcus Cousins) in the last 18 years combined. But they could have a shot this offseason at a player with multiple career All-Star appearances already under his belt.

Kings insider James Ham wrote this week that there are rumors that Miami Heat guard Victor Oladipo is looking for a short-term contract this summer. Ham adds that Sacramento has been mentioned a possible landing spot for Oladipo, who is an unrestricted free agent.

Oladipo, 30, has a lengthy injury history and did not debut for Miami last season until the final month of regular season play. But he got good run for the No. 1-seeded Heat in the playoffs, managing postseason averages of 10.6 points, 3.4 rebounds, and 2.1 assists in 24.5 minutes a game during Miami’s Eastern Conference Finals run.

While Sacramento is about as much of a free agent destination as Bismarck, North Dakota (a city that, to clarify, does not have an NBA team), Oladipo has some (indirect) familiarity here. He played with Kings star Domantas Sabonis in both Indiana and Oklahoma City and was also teammates at various points with other Sacramento players such as Moe Harkless and Justin Holiday.

If the Kings were to sign Oladipo, it would be a not-insignificant blow to the Heat. The former No. 2 overall pick provides Miami with nice scoring punch off the bench, which could be extra valuable next season since the current Heat sixth man appears to want something more. 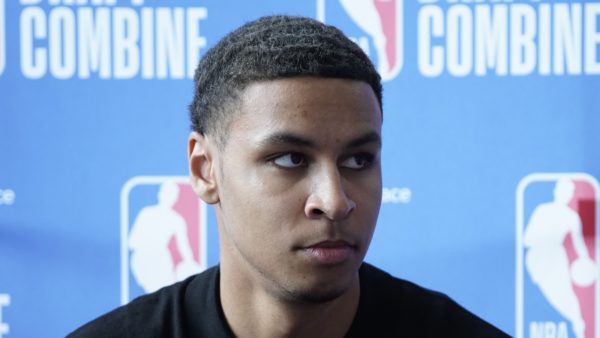 Some are convinced that the Sacramento Kings made a mistake by selecting Keegan Murray with the No. 4 pick in the NBA Draft. GM Monte McNair not only disagrees, but so does his entire front office, according to him.

McNair said the decision to pass on Jaden Ivey and select Murray instead was “unanimous” and that Murray was looked at as the “best player available” at No. 4.

“We vetted every opportunity, explored all options, and I think we ended up in a positive place tonight,” McNair said following the draft, via Marina Drab of Sactown Royalty. “I think at the end of the day, with the fourth pick, after exploring all our options, we felt extremely comfortable that the best player available was Keegan Murray, and we’re extremely excited to welcome Keegan into the Kings family.”

Murray does appear to have been the plan all along for Sacramento. That could put them at odds with experts who saw Ivey, who ultimately fell to the Pistons at No. 5, as the better player with the higher ceiling. Ivey notably did not work out for the Kings or provide the team with his medical information. That may have played a role in Murray’s “best player available” designation. The Kings had better hope they’re right given their history of draft errors.

Kings have pick in mind for No. 4 selection?

The Sacramento Kings have the No. 4 overall pick in Thursday’s NBA Draft and appear to know whom they want to draft.

Yahoo Sports’ Chris B. Haynes published an interview on Monday that he conducted with draft prospect Keegan Murray. In the article, Haynes suggested the Kings have strong interest in Murray.

“The Sacramento Kings — owners of the No. 4 pick — are high on Murray and even arranged for the prospect to have dinner with team stars De’Aaron Fox and Domantas Sabonis, league sources told Yahoo Sports,” Haynes wrote.

Jabari Smith, Chet Holmgren and Paolo Banchero are among the players who have been frequently mentioned as contenders to go in the top three. Murray is another player who could go in the top five.

Murray averaged 23.5 points, 8.7 rebounds, 1.3 steals and 1.9 blocks in 35 games for Iowa last season. The 6-foot-8 forward was an All-American and all-conference player for the Hawkeyes last season.

Sacramento meanwhile is looking to add talent in hopes of breaking their lengthy playoff absence streak, which stretches to the 2005-2006 season.

The Golden State Warriors may have to be wary of a team in their own division this offseason.

Veteran NBA writer Marc Stein reported this week in a post to Substack that the Sacramento Kings are among the teams said to be interested in signing Warriors big man Kevon Looney. Stein also mentions the Charlotte Hornets as a team with potential interest.

The 26-year-old Looney does not quite pop out in the stat sheet with modest averages of 6.0 points and 7.3 rebounds per game this year. But he remains one of Golden State’s most important players because of his multi-purpose defense and hard work on the glass on both ends. Looney has now played a crucial role on three of the Warriors’ title teams, and Warriors coach Steve Kerr even admitted recently that he erred by not playing Looney enough.

The Kings do figure to be a non-insignificant threat to sign Looney though. Located less than 100 miles away, the Kings won’t be too much of a lifestyle change for him, and they are also going to be coached by longtime Warriors assistant Mike Brown starting next season. While Sacramento might not be contending for a title any time this millennium, that may be less important for Looney than money and touches since he already has three rings.

Once they have come down from their championship high, the Warriors will have some major things to consider this summer, perhaps even the trade of a core player. But they might also have to ward away the vultures when it comes to the unrestricted free agent Looney.