Mariners had fight in clubhouse before game

The Seattle Mariners are slipping in the AL West race, and the team is now fighting as well.

The Mariners had a fight/altercation in the clubhouse before Tuesday’s game against the Baltimore Orioles. Multiple Mariners reporters said that Dee Gordon asked the media to leave the clubhouse, and shortly thereafter, a fight broke out.

Manager Scott Servais was on the field when the fight occurred and seemed to try and brush it aside in comments to the media.

“Things happens in a clubhouse. You’re talking about 25, or in this case 35, of the most competitive guys you’re ever going to be around… our guys are working through the situation. … it’s unfortunate but it’s something that happens.” – Scott Servais https://t.co/05hNtocsnP

We saw bits and pieces of it and heard it. It was mostly guys in a big scrum trying to break it up. Not actually sure who or what it involved. Servais was on the field when it happened. He said he’s trying to find out all the details

The Mariners entered play on Tuesday with a 77-61 record, placing them eight games behind the division-leading Astros and 6.5 games behind the Oakland A’s for the second wild-card spot. It was just last week where the Mariners seemed to be having fun with Servais getting a haircut from one of his players.

The Seattle Mariners are enjoying a breakthrough season this year, and they’re rewarding the man who helped put the team together.

The Mariners announced Friday that they have given GM Jerry Dipoto a multi-year contract extension.

“Jerry arrived here two-and-a-half years ago with a specific plan for our franchise. He has successfully executed that plan, resulting in a younger, more athletic and, most importantly, far more successful Major League team,” team president Kevin Mather said of Dipoto.

“At the same time, he has upgraded nearly every aspect of our overall baseball operation, improving systems, staff and communication in our Major League operations, our Player Development system, our Pro and Amateur scouting departments and our revamped High Performance Area.”

Dipoto was hired by the Mariners late in the 2015 season, just months after he resigned from his GM job with the AL West rival Angels. The Mariners were four games over .500 in his first two seasons combined (one winning and one losing season). This season they’ve gone 56-32, which is the fourth-best record in the league.

Moves like adding Jean Segura and Mitch Haniger have paid off in big ways for “Trader Jerry,” who is known for his penchant for making deals. His acquisitions of Mike Leake and Marco Gonzales have also bolstered the rotation.

Though the Mariners did not publicly discuss the terms of Dipoto’s contract, it was believed that his contract was close to coming to an end prior to this extension.

10 MLB teams that need to make a trade At the end of July, Major League Baseball’s non-waiver trade deadline will be upon us, and contenders will be making aggressive moves to improve their chances of making a deep postseason run. You’d be hard-pressed to name a contender that can’t use an upgrade somewhere, even if it’s a small one. A few teams really need to go for it and address some very obvious needs before the deadline passes.

Here are ten teams who could really stand to make a deal before July 31 — some even more than others.

The Braves are still early enough in a rebuild cycle that is already bearing fruit, so making a deal isn’t a total necessity. But if the right fit comes along that doesn’t involve them compromising their future too much, they should do it. While the top of the Atlanta rotation has been good, they lack that veteran ace they can rely on in a pennant race; it should be Julio Teheran, but his numbers this year aren’t quite up to his standards. Another arm there would really fortify the Braves to make a real run at the postseason.

END_OF_DOCUMENT_TOKEN_TO_BE_REPLACED The Toronto Blue Jays are likely to sell at the MLB trade deadline, and one particularly valuable piece looks to be left-handed starter J.A. Happ.

According to Jon Morosi of MLB.com, Happ is of interest to both the Seattle Mariners and New York Yankees, two teams looking to improve their rotations ahead of the July 31 deadline.

#Yankees and #Mariners both interested in #BlueJays LHP J.A. Happ, source said, and here is one reason why: The AL rival #RedSox have an @MLB-best .813 OPS against RHP but only .672 against LHP. @MLBNetwork

Happ may not be the huge splash some might want in these fanbases, but he has quietly been one of the AL’s more consistent starters. Since rejoining Toronto in 2016, the 35-year-old has a 3.36 ERA in 71 starts. He’d definitely be an upgrade for both teams, and he’d probably appreciate the opportunity to escape the scourge that is Canadian milk.

Mariners now have most money to offer Shohei Ohtani Just when you thought the Seattle Mariners had done everything possible to give themselves the best shot at landing Shohei Ohtani, they go out and do more.

The Mariners on Thursday acquired Dee Gordon from the Miami Marlins. In exchange, Seattle sent Miami Robert Dugger, Nick Neidert, and Christopher Torres. One really interesting note from the trade is that the Mariners acquired $1 million in international pool money as part of the deal, per MLB.com’s Mark Feinsand.

Source: as part of the Gordon deal, the Marlins also send $1M in international pool money to the Mariners.

On Wednesday night, the Mariners acquired $1 million in pool money through a trade with the Twins. In mid-November, they acquired $500,000 in pool money as well. All that money added up puts the Mariners just ahead of the Texas Rangers in terms of total money they can pay to Ohtani if he chooses them.

Addition of $1M in int’l slot money, as reported by @Feinsand, would bring #Mariners to $3.557M, putting them slightly above #Rangers in race for Ohtani.

The Mariners, Rangers and Angels are the three AL teams who had meetings with Ohtani this week. The Dodgers, Giants, Cubs and Padres were the four NL teams to meet with him.

Yahoo’s Jeff Passan reported that the San Francisco Giants and Seattle Mariners have been informed that they are still in the running for the phenom.

Sources: Shohei Ohtani continues to narrow the field for his meetings next week. The New York Yankees are out. The San Francisco Giants are one of the finalists. The Seattle Mariners also are in.

We had already heard elsewhere that the Yankees did not make the cut, which comes as a bit of a surprise. Instead, it sounds like he may be setting his sights on the West Coast. Going to Seattle is a route that several prominent Japanese players, including Ichiro, have taken before. 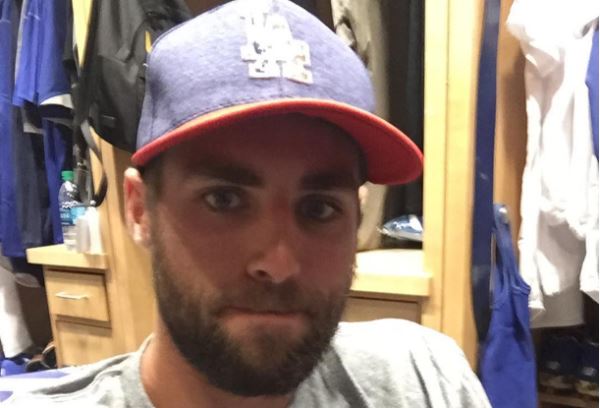 The Dodgers would not be where they are this postseason without Chris Taylor, and the man who traded the outfielder to Los Angeles continues to kick himself every time Taylor comes up big in a clutch moment.

In June of 2016, Seattle Mariners general manager Jerry Dipoto decided to add some pitching depth to his team by trading Taylor to the Dodgers for reliever Zach Lee. Taylor had hit just .240 with no home runs in 86 major league games at the time, and Dipoto obviously failed to see his potential.

“It’s clearly the worst deal I’ve ever made,” Dipoto told Matt Calkins of the Seattle Times this week. “And it resonates every time he hits a home run.”

Taylor hit just .207 for the Dodgers after he was traded last season, but he broke out in a big way in 2017. The 27-year-old batted .288 with 21 homers and 72 RBI. He’s belted three homers, scored 11 runs and driven in five in the postseason this year from his leadoff spot.

“I whiffed. There’s no other way to categorize it,” Dipoto said. “He’s young, he was under club control — that was one I wish I could undo.”

Making matters worse, Lee has not exactly been a consolation prize. In fact, he contributing nothing in Seattle. The 26-year-old right-hander has pitched just 12 2/3 innings in the majors over the past three years, and he never threw an inning for the Mariners.

Taylor, meanwhile, was named the co-MVP of the NLCS along with Dodgers third baseman Justin Turner. He led off Game 1 of the World Series with a solo home run and worked a two-out walk in the bottom of the sixth before Turner belted what ended up being a game-winning two-run homer. It stings more and more for Dipoto each time, but he knows that is the nature of the business.

“It won’t be the last time I trade a player that flourishes somewhere else,” the GM said. “But we’ve also had guys that flourished after we acquired them.”

Predicting the future is part of a baseball executive’s job, but it is far easier said than done. Taylor looked like a career minor leaguer when he was with the Mariners. Sometimes you just get burned.