The Texas Rangers’ Tim Lincecum experiment did not work out.

The Rangers announced that they have released Lincecum. The 33-year-old was signed at the end of spring training and was trying to work towards making the MLB roster during some time in the minor leagues, but he did not perform well.

In 12.2 innings at Triple-A, Lincecum allowed 14 hits, 9 walks, 12 runs (8 earned) and struck out 10. He simply did not pitch well enough to warrant the Rangers adding him to their roster.

Some other team could try to give him a shot, but based on how much he struggled this year and in his last MLB season in 2016, him being an effective pitcher in the majors again would be a longshot.

Tim Lincecum will sign with the Texas Rangers and is expected to have a shot at the team’s closer job, according to a report.

Both Yahoo’s Jeff Passan and Fan Rag Sports’ Jon Heyman reported Tuesday about Lincecum and the Rangers. They each said he could pitch out of the bullpen, with Heyman reporting that Lincecum would be likely to get a shot at the closer job.

Lincecum has been a starter most of his career, save for some bullpen appearances in 2015 with the Giants. However, his 2016 stint with the Angels as a starter was disastrous. He went 2-6 with a 9.16 ERA. His best chance of sticking as an MLB pitcher for the future will likely be in a reliever role.

Lincecum only averaged 87.7 mph on his fastball in 2016, according to Fangraphs, which is likely why he was pounded that season compared to early in his career when he averaged around 92-94 mph. During his recent showcase for scouts, Lincecum was reportedly throwing in the 90-93 mph range. 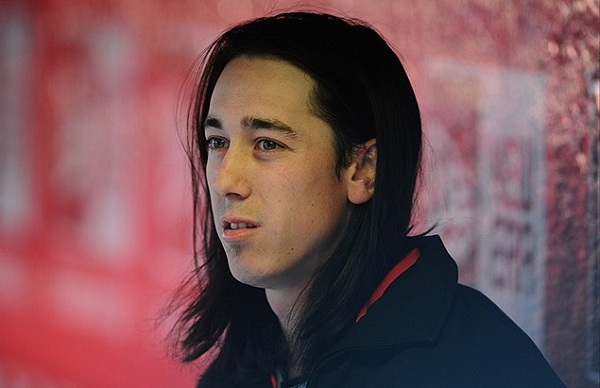 Tim Lincecum has not given up on pitching in the major leagues, and it sounds like there will be plenty of teams willing to give him a look at his showcase on Thursday.

According to Jon Heyman of FanRag Sports, several teams are planning to send scouts to watch Lincecum. Among them will be the Los Angeles Angels, whom the right-hander played for in 2016.

source: the angels will take another look at tim lincecum. obviously it didnt work out for them last year but they are hoping he'll regain form the second year after hip surgery. big cali contingent with dodgers, giants and padres also coming to the lincecum showcase.

Lincecum was one of the most dominant pitchers in baseball for several years, and he has two Cy Young Awards and three World Series championships to his name. His success came with the San Francisco Giants, who also are reportedly considering bringing him back.

It goes without saying that Lincecum will never return to the form that earned him the nickname “The Freak,” but he’s still just 33. If he’s healthy after his latest hip procedure, there’s a chance he could pitch in the majors again in 2018.

Don’t call it a career yet for Big Time Timmy Jim.

A photo of Tim Lincecum looking pretty ripped circulated on social media Tuesday after it was shared on Instagram by Colorado Rockies pitcher Adam Ottavino.

The photo apparently was of Lincecum throwing at a training facility in Washington, his home state. The company founder said that Lincecum is planning to throw for teams at a showcase in the near future.

Yes, this is Tim Lincecum at @DrivelineBB.
Yes, Adam Ottavino took the picture while training here.
Yes, Tim will throw for teams at a showcase in the near future.
No, I have no other information for you.

Though Lincecum is only 33, he’s so far removed from his days of awesomeness. His peak came between 2008-2011 when he won back-to-back Cy Young Awards and made the All-Star team all four seasons. Since then his velocity dropped off and his ERA hasn’t been below 4.00. His comeback attempt with the Angels in 2016 was a disaster, as he went 2-6 with a 9.16 ERA. It’s hard to see him bringing any value to a club in 2018.

Agent: Tim Lincecum has no plans to retire

Tim Lincecum apparently still thinks he has something left in the tank.

Lincecum’s agent, Rick Thurman, says that the two-time NL Cy Young Award winner isn’t planning to retire and “is throwing and getting ready for the season,” per Andrew Baggarly of the San Jose Mercury News.

It’s a bit of a surprising development considering how completely and utterly washed up Lincecum looked last season. He made nine starts for the Los Angeles Angels of Anaheim and posted a 2-6 record with a 9.16 ERA, 32 strikeouts, and 23 walks before his time in a Halos uniform ended with a whimper. Lincecum’s velocity and command seemed completely shot as his offerings were little more than glorified batting practice for opposing hitters.

But the 32-year-old is still hopeful he can still turn things around despite the fact that he is currently without a deal for the 2017 season. With pitchers and catchers set to report in less than a month, Lincecum would probably be fortunate to get even a minor league invite to spring training.