Carolina Hurricanes winger Warren Foegele addressed his shove that injured TJ Oshie during the third period of Game 4 of their first round playoff series on Thursday night.

Foegele crosschecked Oshie from behind into the boards late in the game. The Washington Capitals star went down to the ice in pain, holding his arm. Foegele, who scored the first goal of the game in Carolina’s 2-1 win, only received a minor penalty for boarding.

He said after the game that the play was “unfortunate” and he wasn’t trying to hurt Oshie, according to the Washington Post’s Isabelle Khurshudyan.

Here's what Warren Foegele told reporters: “I was trying to lift his stick, trying to give him a little nudge. It was a little unfortunate play there, I wasn’t trying to hurt him or anything. I hope he’s OK.”

That’s not going to cut it for the Caps. They were furious after the game, with Alex Ovechkin calling the play “dirty.”

Expect things to get physical when the team’s meet for Game 5 on Saturday. Also expect the league to examine the play for potential discipline.

The Washington Capitals are furious over a “dirty” play by Warren Foegele that injured TJ Oshie during Game 4 of the team’s first round playoff series with the Carolina Hurricanes on Thursday.

Foegele, who scored Carolina’s first goal of the game in a 2-1 win, crosschecked Oshie into the boards late in the game. Oshie went to the ice after crashing into the boards and was holding his arm.

Oshie goes down hard at the boards, skates straight to tunnel. #CapsCanes pic.twitter.com/jkkHQGzZuL

Caps coach Todd Reirden was furious after the game and said Oshie would be out for “quite some time.”

Todd Reirden says T.J. Oshie was a defenseless player. He’s furious. Says Oshie will be out for “quite some time.”

Alex Ovechkin called the hit “dirty.” He was upset that the penalty called was a 2-minute minor for boarding.

The Capitals are planning to provide more information on the extent and Oshie’s injury on Friday. The series is tied 2-2. TJ Oshie says past heartbreak has made Capitals stronger The Washington Capitals are just one win away from finally capturing their first Stanley Cup in franchise history, and T.J. Oshie says all the team’s shortcomings in past years have helped them reach this point.

Following Washington’s 6-2 win over the Las Vegas Golden Knights on Monday, Oshie said the “heartbreak” the Caps have experienced has been beneficial.

Here's the fuller TJ Oshie quote: “We’re trying to write our own story here. It seems like the rest of the city's on board with that. We haven't dwelled much on the past. There’s been heartbreak here. We know that. But that’s kind of scarred over and made us stronger for it.”

Oshie is in only his third season with Washington, but he was part of two teams that lost to the Pittsburgh Penguins in back-to-back seasons in the second round of the playoffs. The Caps got over the hump by finally beating Sidney Crosby and company this year, and they have rallied back to take a 3-1 lead over Las Vegas.

The Stanley Cup Finals are far from over, but it says a lot about the Capitals that they have responded so well after the horrible luck they had in Game 1. As Oshie said, having dealt with adversity in the past probably helped them in this situation. 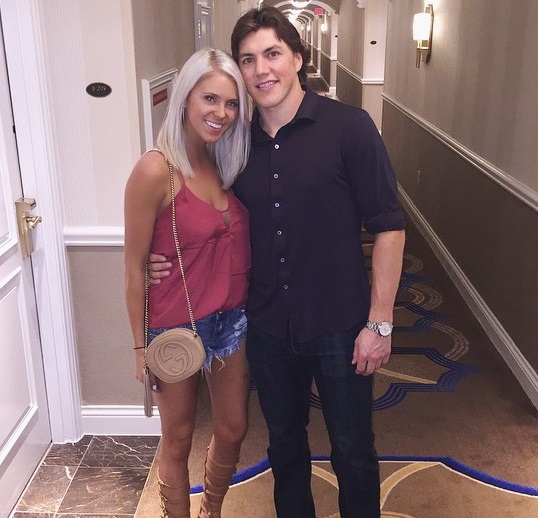 TJ Oshie is getting married soon to his longtime girlfriend Lauren Cosgrove, and it looks like the woman just had herself one heck of a bachelorette party in Las Vegas.

Cosgrove, who has a daughter with Oshie, flew out to Sin City and partied it up with her friends in her last days as a single woman.

We’re guessing you’re going to enjoy these photos of the barbie doll (no, the photo at the top is not from the party, so don’t worry):

END_OF_DOCUMENT_TOKEN_TO_BE_REPLACED

T.J. Oshie has his own ‘Oshie O’s’ cereal 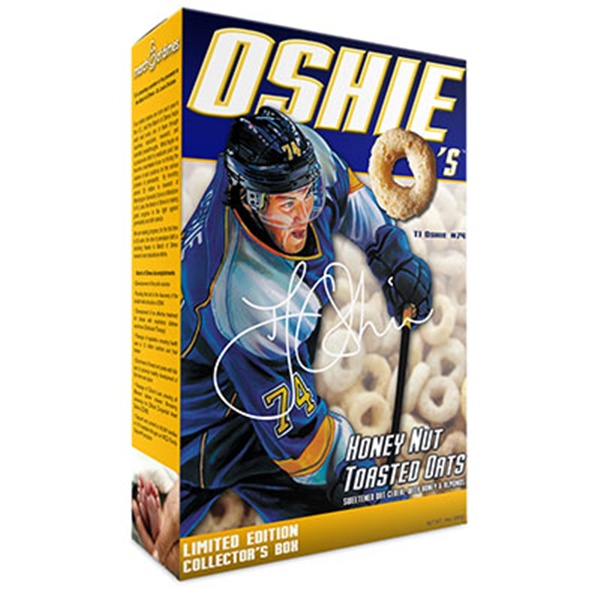 T.J. Oshie can list an Ice Hockey World Championships bronze medal, member of the 2014 U.S. Olympic team, and alternate captain for the St. Louis Blues on his resume. He can now also add his own breakfast food.

Oshie O’s, a honey nut toasted oat cereal, are now available at OshieCereal.com and come in a limited edition box. They may not help you become a first round pick in the NHL Draft or pull of a “Goal of the Year” as voted on by fans, but Oshie O’s can provide an alternative to traditional cereals, provided you get them before the limited time expires. St. Louis Blues forward TJ Oshie is all of a sudden one of America’s most beloved athletes. He led Team USA to a win over Russia on Saturday by scoring four shootout goals. The 27-year-old is the talk of the Twitter world, but we have some bad news for all the ladies out there — Oshie is taken.

Oshie’s girlfriend is Lauren Cosgrove, and some would argue that she is the driving force behind the man whose Wikipedia briefly referred to him as an American hero. Wouldn’t you be motivated to win if you had this waiting at home for you?

This guy is a legend in the making.