Angels 3B Zack Cozart to undergo surgery for torn labrum 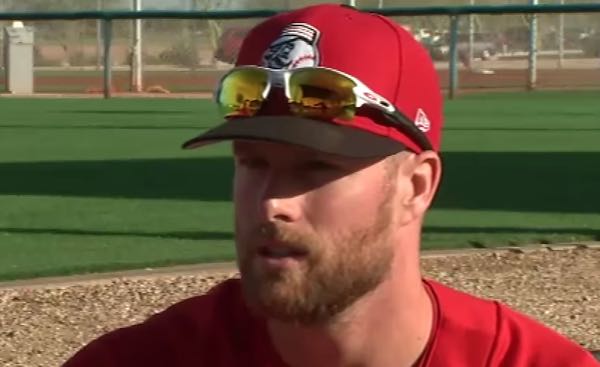 The injury news on Zack Cozart is not good.

The Los Angeles Angels announced on Wednesday that Cozart will undergo surgery to repair a torn labrum in his left shoulder.

Cozart injured his left shoulder while making a diving catch on June 13, which forced him to leave the game. He was placed on the disabled list and has been out since then. Cozart went for a second opinion on his shoulder, which is when the surgery recommendation was made.

Cozart was a big free agent signing by the Angels over the offseason. He was signed to a three-year, $38 million deal and asked to move from shortstop to third base. He was batting .219/.296/.362 in 58 games with his new team. Luis Valbuena has been seeing action at third with Cozart out.

Los Angeles Angels third baseman Zack Cozart was critical of the Tampa Bay Rays for utilizing an interesting strategy against them.

The Rays started relief pitcher Sergio Romo in both Saturday and Sunday’s games. On Saturday, Romo struck out the first three batters he faced. The Rays then had starter Ryan Yarbrough begin his outing in the second. He pitched well for 6.1 innings, and the Rays won 5-3.

On Sunday, Romo began the game against the Angels. He went 1.1 innings, walking two and striking out three. The Rays used two more relievers after Romo and ended the game with Anthony Banda, who often starts/makes longer appearances. This time the Angels won the game 5-2.

Cozart walked and struck out in his two at-bats against Romo. Afterwards, he called the Rays’ strategy “weird” and said it was bad for the game.

“It was weird…it’s bad for baseball, in my opinion…It’s spring training. That’s the best way to explain it,” Cozart said, via The Athletic’s Fabian Ardaya.

The Rays used the strategy because Romo is particularly effective against right-handed hitters. The Angels’ best batters are right-handed — Mike Trout, Justin Upton, Andrelton Simmons — so the strategy works well against them. You could try to counter the move by putting left-handed batters at the top of the lineup, but the Angels don’t have many options. Their only lefty batters are Kole Calhoun, Luis Valbuena, and Shohei Ohtani when he’s in the lineup. Calhoun is only hitting .161 this season, so putting him at the top just to counter Romo might actually backfire.

The strategy might not be orthodox, but there’s nothing in the rules against it. Maybe it’s a sign to the Angels to add a left-handed bat. The Los Angeles Angels infielder won the team’s game on Wednesday against the Cleveland Indians with a walk-off solo home run in the bottom of the 13th inning.

That was Cozart’s only hit of the game, but it could not have been more valuable. It’s his second home run of the season, as he also went deep in the team’s opener. Cozart is batting .273 with a .920 OPS this season — his first with the Angels.

Shohei Ohtani slugged a 2-run home run off Corey Kluber in the game to help tie it at two, which was the score when it headed to extras until Cozart’s homer won it 3-2.

The Los Angeles Angels seem determined to field one of the best defensive teams in baseball next season, and signing Zack Cozart should help them accomplish that goal.

On Friday, the Angels announced that they have signed Cozart to a three-year contract. Ken Rosental reports that the deal is worth a total of $38 million.

Cozart played shortstop for the Cincinnati Reds last season, but he will move to third with the Angels, who already have a Gold Glove winner in Andrleton Simmons at short. L.A. also acquired second baseman Ian Kinsler in a trade with the Detroit Tigers recently, so they should have one of the best infields in baseball.

END_OF_DOCUMENT_TOKEN_TO_BE_REPLACED 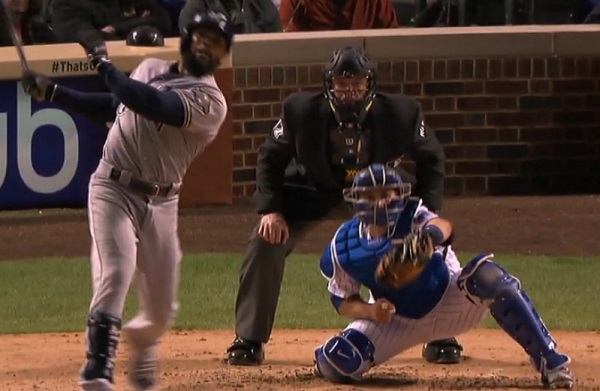