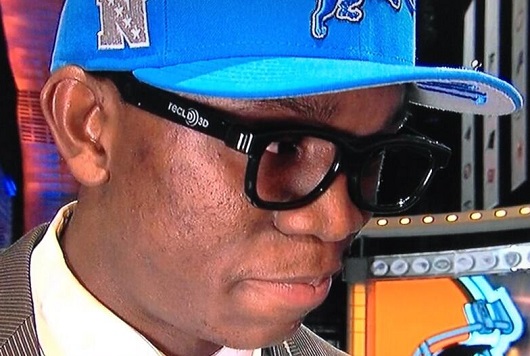 Free agent defensive end Ziggy Ansah finally found a home on Wednesday when he agreed to a one-year deal with the Seattle Seahawks, and we now have a better idea of why he remained on the market for so long.

Ansah has been recovering from shoulder surgery, and he was initially expected to be cleared by mid-August. However, ESPN’s Adam Schefter reports that he could miss the first month of the regular season or more.

New Seahawks’ DE Ziggy Ansah still is recovering from shoulder surgery that is expected to keep him out of training camp or longer; some league sources believe Ansah could miss the first month of this season, at least.

Ansah will turn 30 later this month, and he has had seasons with 14.5 and 12 sacks. He played under the franchise tag with the Detroit Lions last year, so there’s no question he can be a difference-maker when healthy. While his shoulder is obviously a big question mark, the Seahawks may end up getting a steal if he shows no ill effects from the injury after missing a handful of games.

One of the best defensive players left on the free agent market has found a new home.

Ziggy Ansah is signing a one-year deal with the Seattle Seahawks, according to a report from NFL Media’s Ian Rapoport.

The signing comes as a risk as Ansah is recovering from shoulder surgery. He is hoping to be cleared by mid-August.

Ansah, who turns 30 later this month, is good enough to have been franchise-tagged by the Detroit Lions last year and has seasons with 14.5 and 12 sacks to his name. He can be a difference-maker if healthy.

Ansah should fill a need on the defensive line for the Seahawks, which traded Frank Clark to the Kansas City Chiefs before the draft.

The Buffalo Bills are in on free agent defensive end Ziggy Ansah, and they aren’t buying reports that they’re second in the running.

On Wednesday, reports emerged stating that the Seattle Seahawks were the clear frontrunners for Ansah’s services. Bills general manager Brandon Beane dismissed them as “garbage,” stating that Ansah’s representatives had assured him that his team remained in the running.

Brandon Beane on @1270TheFan on Z. Ansah: “We’re still in talks with him and his agent. Everything has been very good. All I’ll say about reports [Seattle is emerging as favorite] is I don’t buy into that garbage, especially when I consider where some of the sourcing comes from."

More from Beane: “I don’t know where it came from. Maybe it is fact. From the people I talked to that represent, they don’t see it as fact. Time will tell. … Certain people have been wrong more than they’re right and I think it’s a poor job that they’ve done."

Beane doesn’t appear very happy with Ian Rapoport, but he is correct that time will tell. The Seahawks would appear closer to contention than the Bills if that’s a consideration, but Buffalo is putting some building blocks in place themselves.

Free agent defensive end Ziggy Ansah is still looking for a job, but it appears that he now has a real chance of winding up with a potential contender.

According to Ian Rapoport of NFL Network, the Seattle Seahawks have emerged as the frontrunner for Ansah’s services, though no deal is done yet.

Sources: The #Seahawks have emerged as the front-runner to sign star FA DE Ziggy Ansah. They visited with him in late April and need a big-time pass-rusher after dealing Frank Clark. The contract has not been finalized yet. He also visited with the #Bills, who remain interested.

This would make a world of sense. The Seahawks moved Frank Clark before the NFL Draft due to his salary demands, so they have a need here. Ansah, when healthy, has put together seasons with 14.5 and 12 sacks while a member of the Detroit Lions, and he could be hugely beneficial if they can keep him on the field.

Report: Ziggy Ansah should be cleared by mid-August

Ziggy Ansah got some good news on the injury recovery front.

Ansah went for a medical checkup with Dr. Neal ElAttrache regarding his surgically repaired shoulder, according to NFL Media’s Ian Rapoport. The reviews reportedly were positive, and the important thing is Ansah is set to be cleared by mid-August.

FA pass-rusher Ziggy Ansah, who just wrapped up his #Ravens visit today, saw expert Dr. Neal ElAttrache on Monday. Source said the reviews were positive, his shoulder is structurally sound & he should be cleared by mid-August. The key is getting strength back in his shoulder.

Ansah, who turns 30 next month, is a free agent. He played last year under the franchise tag for the Detroit Lions, but they let him walk this offseason and signed Trey Flowers instead. Ansah had four sacks in seven games last season, but 12 the year before. The pass rusher met with the Baltimore Ravens on Wednesday.

Teams interested in signing him will want to be sure his shoulder is intact before offering him a contract.

END_OF_DOCUMENT_TOKEN_TO_BE_REPLACED

Defensive lineman Ziggy Ansah has two visits lined up as he embarks on free agency.

According to ESPN’s Adam Schefter, Ansah is set to visit the Buffalo Bills before heading to the New Orleans Saints in a pair of free agent visits.

When healthy, Ansah has been a solid pass rusher in his career. The former first-round pick had 14.5 sacks in 2015 and 12 in 2017, but injuries and inconsistent play have plagued him at other points in his career. Still 29, he could certainly be a solid contributor to either one of these teams. The key would be keeping him healthy and on the field.

Ansah exited the game in the first half and was termed questionable to return. He had four tackles, including one for a loss, and a hit on the quarterback during his time in action.

Ansah was franchise tagged this offseason and is making $17.5 million. He had 12 sacks last season and is a valuable member of the team’s pass rush. Every year, some NFL superstars unexpectedly experience a down season. For some, the lack of production is due to injuries. For others, the disappointing year could be attributed to anything from a new coach to a new system or a new team.

Most players bounces back, though a handful don’t. And in 2017, there’s little reason to believe that either end of that spectrum will change.

While it’s nearly impossible to tell which player will drop off, it’s much easier to predict who has the potential to rebound. With that in mind, here are 10 NFL players looking to bounce back in 2017.

Joe Haden is dominant when he’s on the field. Unfortunately, staying healthy has become a bit troublesome for the 2010 first-round pick.

Haden has missed 14 games over the last two seasons. Had he not played through a series of groin injuries last year, there’s a strong chance he’d not only have lost his job, but quite possibly be out of work. And that’s not hyperbole; that comes directly from Browns defensive coordinator Gregg Williams.

“When I first got here, I went to his office and we talked for a while,” Haden told Cleveland.com in April. “He told me, ‘If you didn’t play through your injury, I would tell them to get you out of here.'”

Although Haden managed to play through his injuries for the most part, his performance on the field clearly suffered. He was named a Pro Bowl alternate based on his resume alone, but was a shell of his former dominant self.

On the bright side, in the rare moments Haden has been healthy, he’s displayed the same elite athleticism that’s sent him to two Pro Bowls and earned him second-team All-Pro honors in 2013. And if he can overcome his recent issues and stay on the field for all 16 games in 2017, there’s little reason to believe he won’t return to the same sort of dominance we’re all accustomed to.

Here I was thinking that Cordarrelle Patterson made the biggest fashion statement at the draft. I was wrong. This is Ziggy Ansah. He was picked No. 5 overall by the Detroit Lions. Guess he had just come from seeing the new Jurassic Park, because he was sporting some 3D glasses. Maybe it’s the Russell Westbrook effect.