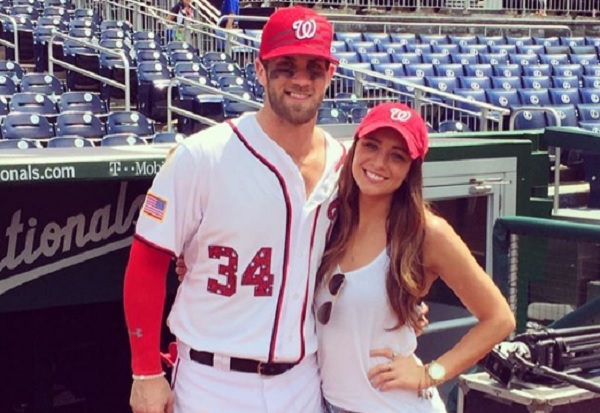 Bryce Harper and girlfriend Kayla Varner are engaged for the second time.

Varner made the announcement via social media on Thursday, dubbing it “The Sequel.”

ESPYS last night with my love. So proud of you, B! Oh and WERE ENGAGED… Again #TheSequel #AllStarBreak

The second proposal must have occurred during the All-Star Break, because Varner was seen with the ring on her finger in a photo she posted to Instagram on Tuesday.

Harper also indicated that the proposal occurred during the All-Star week.

What a week it has been! Thanks to everybody who was involved and made this week possible https://t.co/l7q0FiS8TE

The two have been together since high school and will be celebrating six years together come October. They were scheduled to get married back in January 2015, but that never happened, and it appeared as if they had broken up. The good news is they are back together and happily engaged.