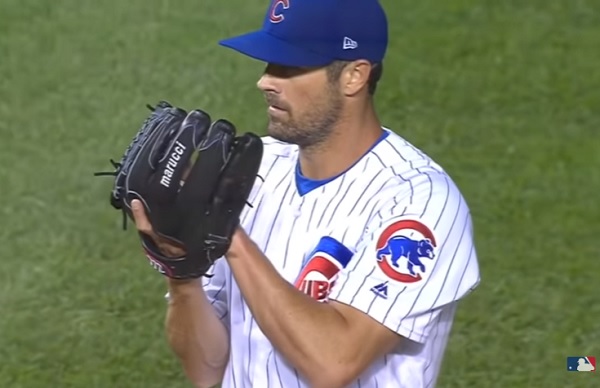 Miller Park may be packed when the Chicago Cubs are in town to face the Milwaukee Brewers, but that does not mean Cole Hamels is ready to give it credit for being a great rivalry yet.

Hamels, one of the newest members of the Cubs, pitched six strong innings against the Brewers on Monday in a no-decision. His team lost in walk-off fashion to the Brewers 4-3, leading to a big celebration.

After the game, the southpaw pitcher said he was unwilling to call the Brewers-Cubs a great rivalry because he believes the majority of fans in attendance were supporting the Cubs.

Hamels: "I know the rivalries I’ve had in the past. You can definitely feel it. When you have a majority of Cubs fans in the stands, I don’t know if that’s a rivalry yet. I’ve been in rivalries. They’re not going to like me for that comment, but you can look at the ticket sales"

Maybe the Brewers-Cubs rivalry isn’t as strong as some would like to think. It’s hard to be when Milwaukee was in the AL for so long and when the teams have taken turns not being very good over the past 20 years. But Hamels should not underestimate Brewers fans; the team is 10th of 30 MLB teams in attendance for the second consecutive year.