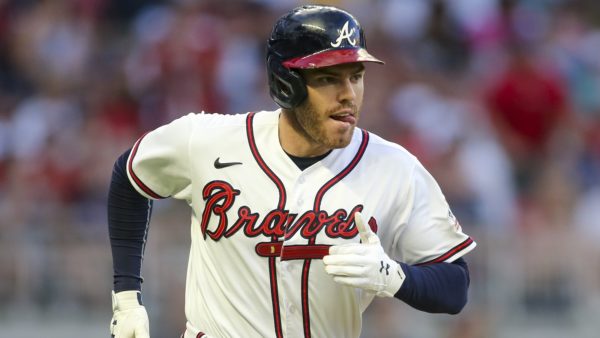 Freddie Freeman’s split from the Atlanta Braves was heartbreaking for both sides. Freeman was drafted by the Braves and played with them his entire career until now. He signed a free agent contract with the Los Angeles Dodgers for six years and $162 million.

The new Los Angeles Dodgers first baseman spoke with the media on Friday. He shared just how hurt he was when the Braves traded for Matt Olson.

“To be honest, I was blindsided,” Freeman said Friday upon learning of the Olson trade. “I think every emotion came across. I was hurt.”

Freeman shed more light on his split with the Braves. The first baseman said that he barely heard from the Braves all offseason. He says he got two phone calls from them and only one official contract offer.

Freeman says the contract offer came at the trade deadline.

In conrast with the Braves, the Dodgers pursued Freeman pretty aggressively. That made him feel wanted. Plus, the Dodgers offered him a sixth year on his contract, which helped seal the deal.

Now Freeman is with a stacked Dodgers lineup, while Atlanta has made a $168 million commitment to Olson, who is younger but also less consistent.