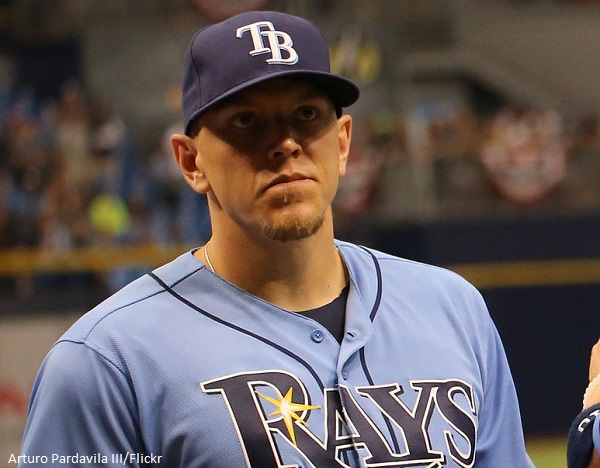 The Cleveland Indians have Logan Morrison on their radar as a backup plan, according to a report.

The Athletic’s Ken Rosenthal shares that the Indians are thinking about Morrison in case they are unable to re-sign first baseman Carlos Santana.

Santana is expected to command a sizable contract and is being pursued by multiple teams, so it’s possible that the Indians will be unable to retain him. If that turns out to be the case, they would need a first baseman.

Morrison, 30, is coming off a career season where he hit 38 home runs, which makes him attractive on the market. However, his career .245 average and .763 OPS should keep his pricetag down and make him quite affordable. The Angels and Red Sox are among the teams also said to have some interest in Morrison.