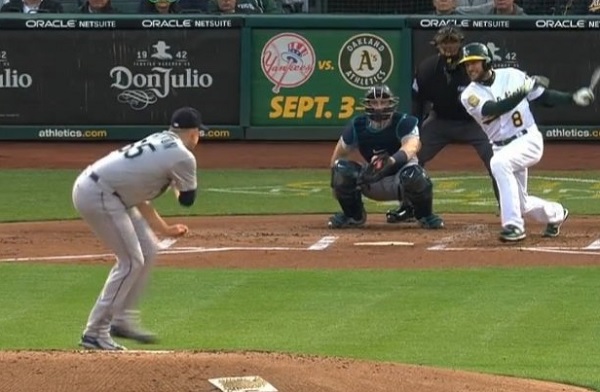 James Paxton’s start on Tuesday night for the Seattle Mariners really could not have gone much worse.

Paxton was knocked out of his start in the first inning after being hit in the arm by a line drive. The ball appeared to catch him in the elbow.

The injury to Paxton resulted in Felix Hernandez, who was recently bumped from the starting rotation, making his first career relief appearance.

Everything about the outing was bad for Paxton. He gave up a leadoff home run; he put his team in a rough spot by only going 0.2 innings; and now he could be dealing with an injury.