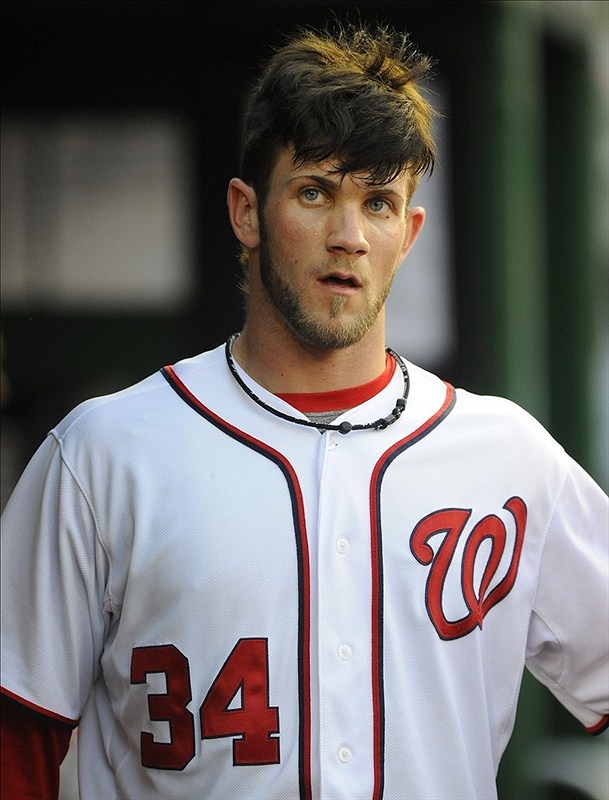 Bryce Harper has developed into everything the Washington Nationals could have asked for when they drafted him first overall in 2010, and the team would love to have him on their team as long as he’s playing ball.

Though the Nats have not talked about a longterm contract extension for Harper yet, general manager Mike Rizzo wants to keep the outfielder with the team for his career.

“We want Bryce to be here for a long long time,” Rizzo said via The Washington Post’s James Wagner. “He’s a guy I’ve seen play forever it seems. I’ve seen him play since he was 14. He was a guy we signed, drafted and developed. He’s turned into an MVP-type player for us. We love the guy. We’ve got him locked in for the near future and we certainly would love for him to be a National for life. …. I think he likes being in D.C. I think he loves playing for the Nationals. He loves the city of D.C. I think that bodes well for us.”

Harper has just over three years of MLB service time to his credit. He is due $5 million next year per his contract, and then he will be eligible for arbitration in 2017 and 2018. The Nationals could try to approach him about an extension prior to arbitration after next year. They could attempt to buy out his final two years of arbitration as well as a big chunk of his early free agent years.

Given how talented Harper is and who his agent is (Scott Boras), we wouldn’t be surprised to see Harper receive the largest contract in baseball history when the time comes. And the Nats will probably step up to the plate to deliver it.