Mike Trout could be back in Angels’ lineup on Friday

Mike Trout could be back in the Los Angeles Angels’ lineup before long.

Trout has not played since last Wednesday due to a wrist injury. But Angels manager Mike Scioscia said on Wednesday that Trout is feeling better and could be back in the lineup on Friday.

Mike Trout feels “much better,” Mike Scioscia says. Trout will come in Thursday and do some throwing and maybe swing a bat. He could play Friday if all goes well.

Trout received a cortisone injection in his wrist on Monday and is already improving. The AL MVP candidate is batting .306 with a career-best 1.083 OPS this season.

The Angels completed a 3-game sweep of the Detroit Tigers at home and host Oakland for three games beginning on Friday. 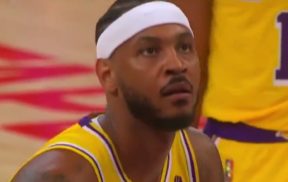