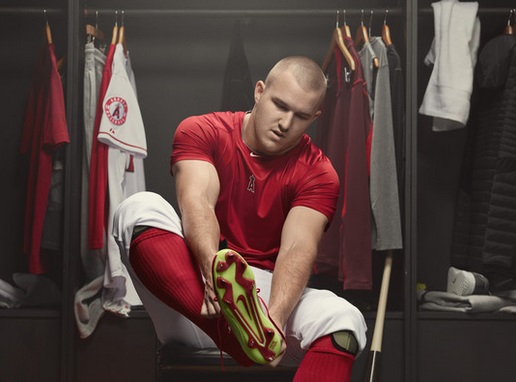 In the fifth inning of a 9-2 loss to the Miami Marlins on Sunday, Los Angeles Angels center fielder Mike Trout appeared to jam his thumb following a headfirst slide into second base.

Although Trout stayed in the game after talking with a trainer and even took the field in the sixth inning, he was yanked before his next at-bat and sent for X-rays.

The X-rays came back negative, but erring on the side of caution, the Angels opted to have Trout undergo an MRI on Monday. The team said they would not make a decision on his immediate future until those tests came back.

As of Monday evening, the Angels have not publicly revealed the MRI results, but a locker had been set up for Eric Young Jr. in the clubhouse, which could indicate Trout is headed for the disabled list.

Eric Young Jr. has a locker and uniform in #Angels clubhouse, which could indicate a roster move involving Mike Trout.

Young, who had been batting lead-off for the Salt Lake Bees, had one of his best games of the season on Sunday. In his first at-bat, he sent a pitch over the wall to give his team an early 1-0 lead. Young ultimately finished the game going 3-for-5 with a home run, a double, a single, two stolen bases and three runs scored.

As red hot as Young has been, losing Trout for any significant amount of time would be devastating for the Angels. The reigning AL MVP is batting .337/.461/.742 on the season and prior to his injury, was leading the league with 16 home runs.

If Trout does land on the disabled list, it would be the first time in his career.