Stephen Strasburg has ominous comments about his future 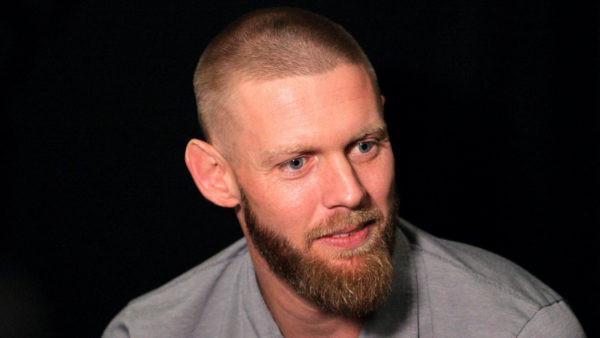 Having made just eight total starts over the last three seasons, Stephen Strasburg is confronting a harsh reality.

The veteran Washington Nationals right-hander spoke this week with Jesse Dougherty of the Washington Post. Strasburg, who remains sidelined with thoracic outlet syndrome, made some ominous-sounding comments about his baseball future.

“I feel like every time I’ve had an injury, I felt like I was going to be the best there is coming back,” said Strasburg. “This is the one that’s still definitely a big question mark.

“I realize the clock is ticking,” Strasburg added. “It’s been almost three years since I’ve been able to pitch competitively. It’s not like I’m getting younger.”

You can read more about Strasburg’s difficult recovery from thoracic outlet syndrome (which has included the removal of a rib plus two neck muscles) in Dougherty’s full piece here.

Strasburg, now 34, has made three All-Star appearances in his career and was absolutely lights-out in 2019 when he led the Nationals to their first-ever World Series title as the World Series MVP. But that magnificence seems like a distant memory with Strasburg having spent most of the subsequent three seasons on the injured list due to his condition.

This season, Strasburg began the year on the IL, was activated in June, but lasted just one start (giving up seven earned runs in 4.2 innings) before having to return to the IL. He has not pitched a single inning since.

Strasburg still has four more seasons left on the seven-year, $245 million contract he signed with Washington after the 2019 title. But thoracic outlet syndrome has ruined careers of formerly elite pitchers before, and it seems Strasburg is having genuine doubts about his ability to overcome his case.