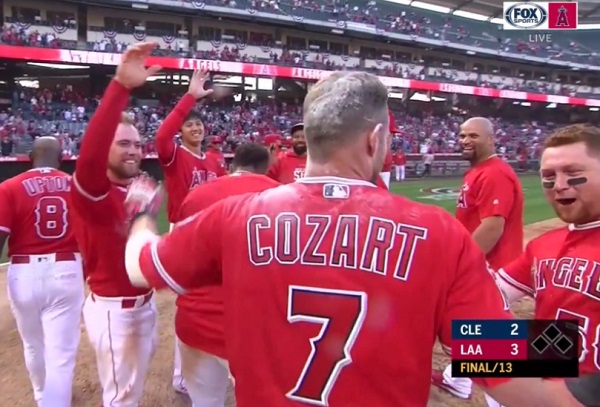 The Los Angeles Angels infielder won the team’s game on Wednesday against the Cleveland Indians with a walk-off solo home run in the bottom of the 13th inning.

That was Cozart’s only hit of the game, but it could not have been more valuable. It’s his second home run of the season, as he also went deep in the team’s opener. Cozart is batting .273 with a .920 OPS this season — his first with the Angels.

Shohei Ohtani slugged a 2-run home run off Corey Kluber in the game to help tie it at two, which was the score when it headed to extras until Cozart’s homer won it 3-2.