Yordan Alvarez at odds with Dusty Baker over day off 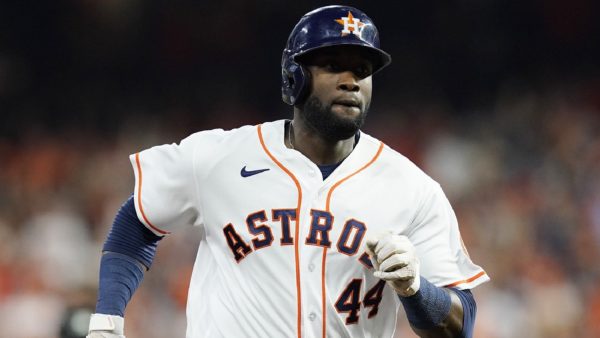 Houston Astros slugger Yordan Alvarez does not appear to be in agreement with his manager over the reasons behind his day off on Wednesday.

Alvarez sat out the final game of the Astros’ series against the Detroit Tigers after playing in the first two contests without any problems. Prior to the game, manager Dusty Baker suggested that Alvarez sat out as a precautionary measure due to soreness in his hands.

Yordan Alvarez is sore, Dusty Baker said, and the team is holding him out as a precaution. Baker reiterated today it’s going to be something Alvarez has to manage the last six weeks.

After the game, Alvarez spoke through a translator to specifically dispute Baker’s characterization. Alvarez indicated that his hands are not sore, and that he had believed Wednesday was simply a scheduled day off.

Yordan Alvarez requested to speak with the media after the game and said, through an interpreter, that his hands are not sore and he is fine to play. He was available off the bench today and was under the impression today was a scheduled off day.

Alvarez has been bothered by a few injuries during 2022, some a bit more strange than others. Hand soreness has been one of them, and the Astros are totally justified in keeping a close eye on their star outfielder. The issues do not seem to be impacting his play, as the 25-year-old is hitting .295 with 33 home runs in 118 games.

Ideally, you do not want your star player disputing the manager’s reasoning behind a day off. This is not a huge issue, but it could certainly raise some eyebrows.