Report: David Fizdale turned down more money from this team to join Lakers 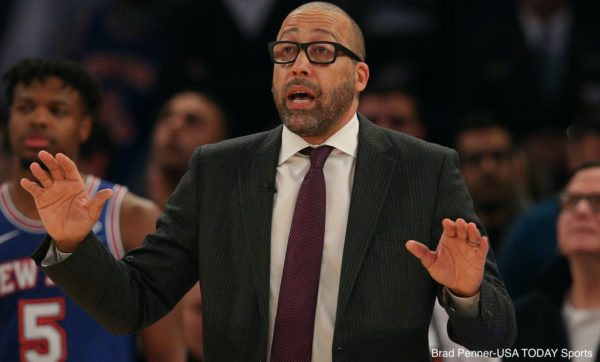 David Fizdale is apparently a big believer in what the future holds for the Los Angeles Lakers.

Marc J. Spears of The Undefeated reported this week that Fizdale turned down a more lucrative offer from the Indiana Pacers to become an assistant coach for the Lakers.

Fizdale, formerly the head coach of the New York Knicks and the Memphis Grizzlies, was an assistant for the Miami Heat before that. There he coached Lakers star LeBron James during all four of James’ seasons with the Heat, including two NBA championships. Fizdale is also a Los Angeles native.

The Pacers have a quality situation with young stars like Domantas Sabonis and Myles Turner as well as new head coach Rick Carlisle. But Fizdale has a strong relationship with James, and the Lakers just made too much sense for him.