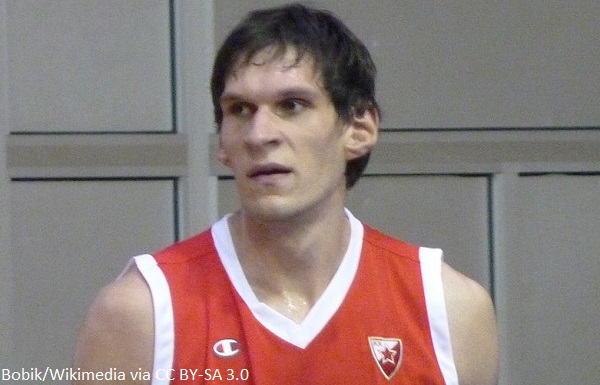 DeAndre Ayton probably went his entire collegiate career without being intimidated by the size of an opposing player, but he has learned pretty quickly that there is always somebody bigger, faster and stronger waiting to shut you down in the NBA. Boban Marjanovic has, at the very least, one of those traits.

Ayton had arguably the worst game of his rookie season in a 115-99 loss to the Los Angeles Clippers on Wednesday night. He scored just four points on 1-of-4 shooting, which was surprising considering he is averaging 16.4 points per game. While speaking with reporters after the rough night, Ayton admitted he was “thrown off” by the 7-foot-3 Marjanovic.

Deandre Ayton on his tough offensive performance (4 points, 1-of-4 FG) against the Clippers: "I felt like I played like a rookie tonight … I really got (thrown) off by the big dude (Boban), I'm not gonna lie." #Suns

That’s nothing to be ashamed of. It’s hard for a 7-foot-1 player like Ayton to prepare for going up against someone who is bigger than him, and a lot of big men have probably felt that way when facing Marjanovic for the first time.

If you want a good illustration of Boban’s impressive physical stature, look no further than what he did to the rim on a dunk earlier this season. Ayton won’t have many tougher tests, at least offensively.