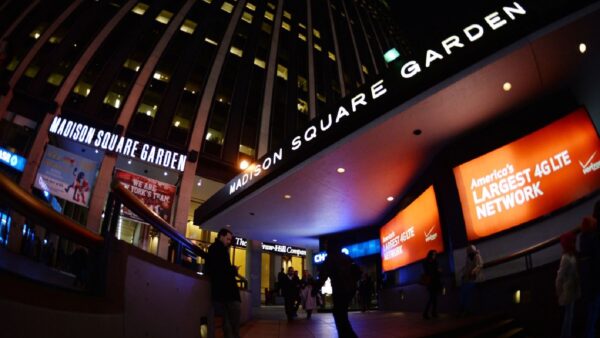 Jan 17, 2014; New York, NY, USA; A general view outside Madison Square Garden prior to the start of the game between the New York Knicks and the Los Angeles Clippers. Mandatory Credit: Joe Camporeale-USA TODAY Sports

Brendan Brown is officially out as the radio voice of the New York Knicks.

Andrew Marchand of the New York Post reports Monday that the longtime Knicks radio analyst Brown has been fired by MSG Networks. The decision comes amid allegations of verbal harassment against Brown that were looked into by the network’s HR department, Marchand adds.

“MSG Networks and Brendan Brown have decided to part company,” a spokesman for the network said in a statement. “For the remainder of the season, various personalities, including former Knick John Wallace, will serve as the Knicks radio analyst on the MSG Radio Network on ESPN.”

Brown, who is the son of legendary coach and commentator Hubie Brown, had worked as MSG Networks’ Knicks radio voice on ESPN New York 98.7 FM. He joined the network back in 2008. Marchand notes that Brown had previously served as a regional advance scout for the Knicks from 2006 to 2008 and also had scouting roles with both the Memphis Grizzlies and the Detroit Pistons.

After beloved Knicks commentator John Andariese (a.k.a “Johnny Hoops”) retired in 2012, Brown took over for him on a full-time basis. Brown was off the air for the last several Knicks games however and now has officially been terminated. It isn’t the first time in recent weeks either that a Knicks analyst has made the headlines.